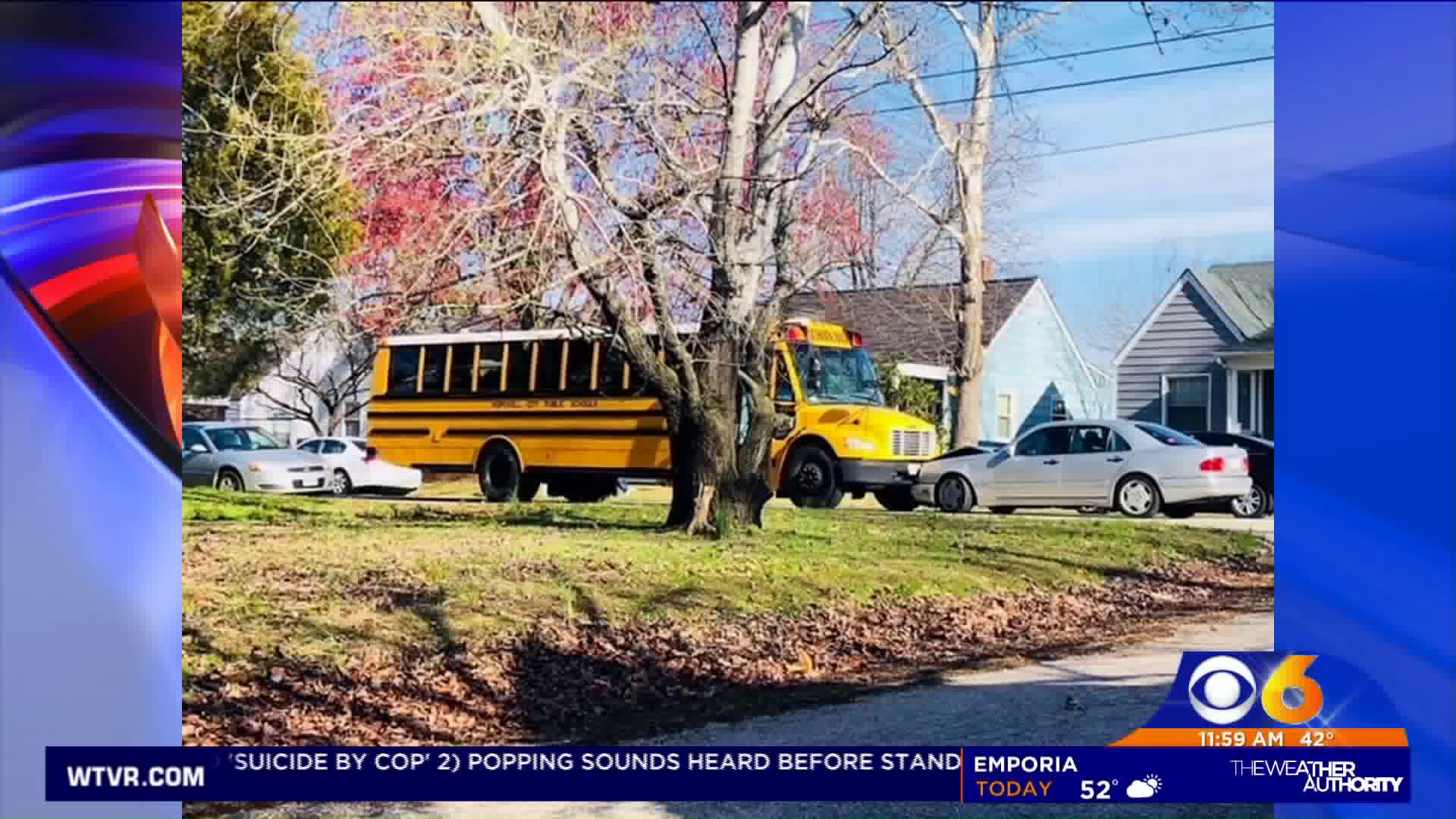 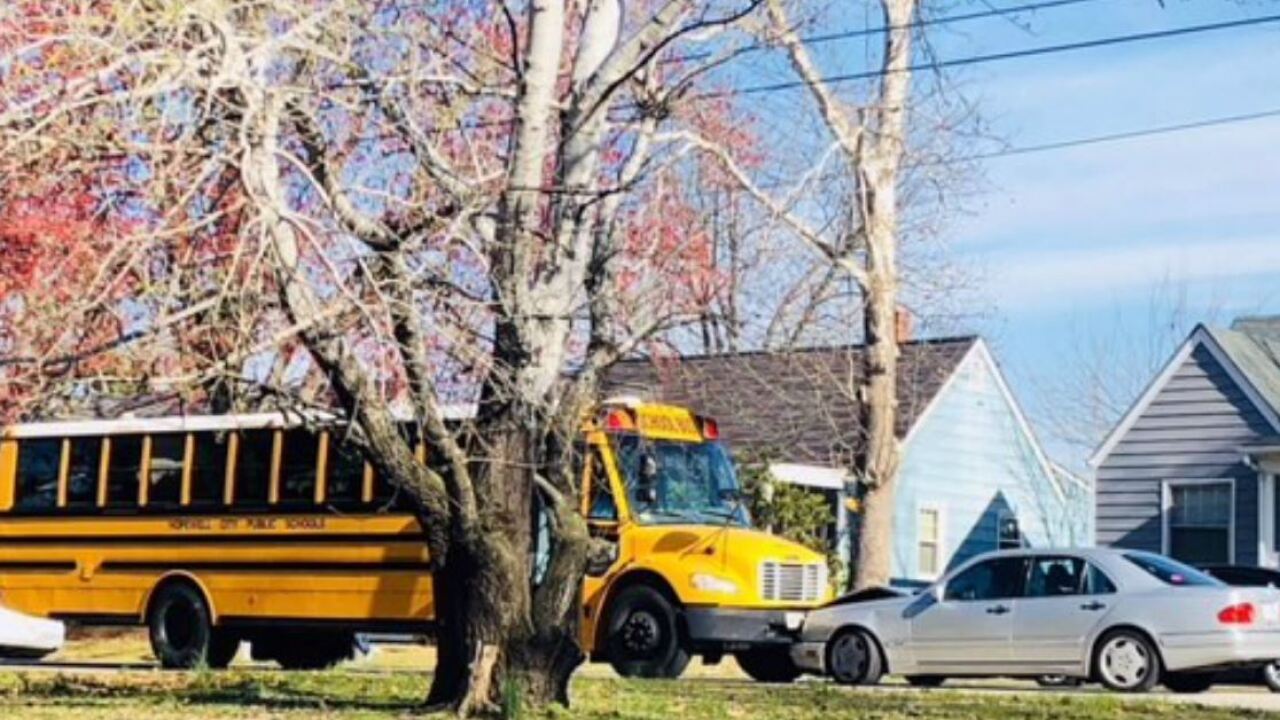 HOPEWELL, Va. -- The driver of a car was cited following a Thursday morning crash involving a Hopewell school bus. The crash was reported near the intersection of 22nd and Pickett streets, near Dupont Elementary School, at 9:37 a.m.

None of the 30 DuPont Elementary students on the bus were hurt.

"[A] vehicle driven by a 17-year-old female failed to fully stop at a stop sign and struck the school bus head on," Hopewell Police Capt. Michael Whittington said. "A passenger in [her] vehicle was transported to John Randolph Medical Center for treatment of a minor injury."

The teenage driver was charged with failure to stop at a stop sign resulting in an accident.