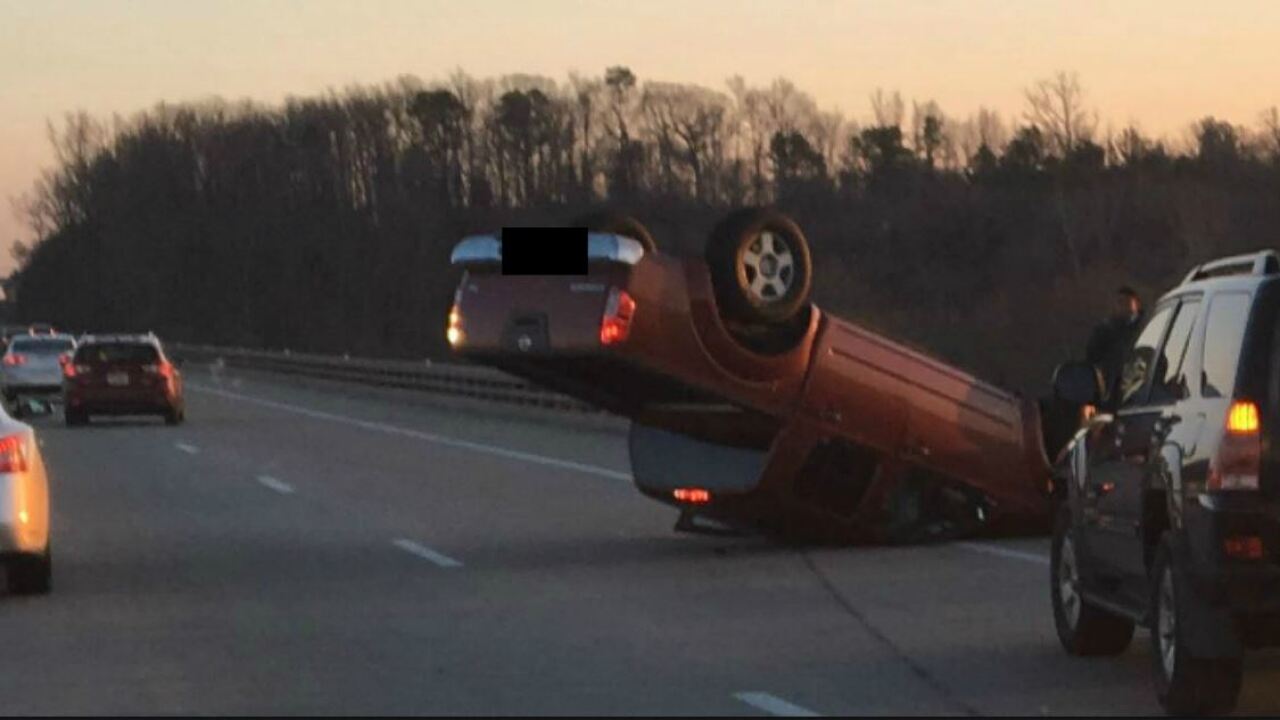 POWHATAN, Va. — All lanes of Route 288 north, near the James River Bridge, in Powhatan have reopened following a Friday morning crash.

Photos from the highway showed a flipped pick-up truck overturned in the far right lane.

Police have not yet released information about the cause of the crash, nor if anyone was injured.

Traffic had been backed up five miles during the Friday morning commute.