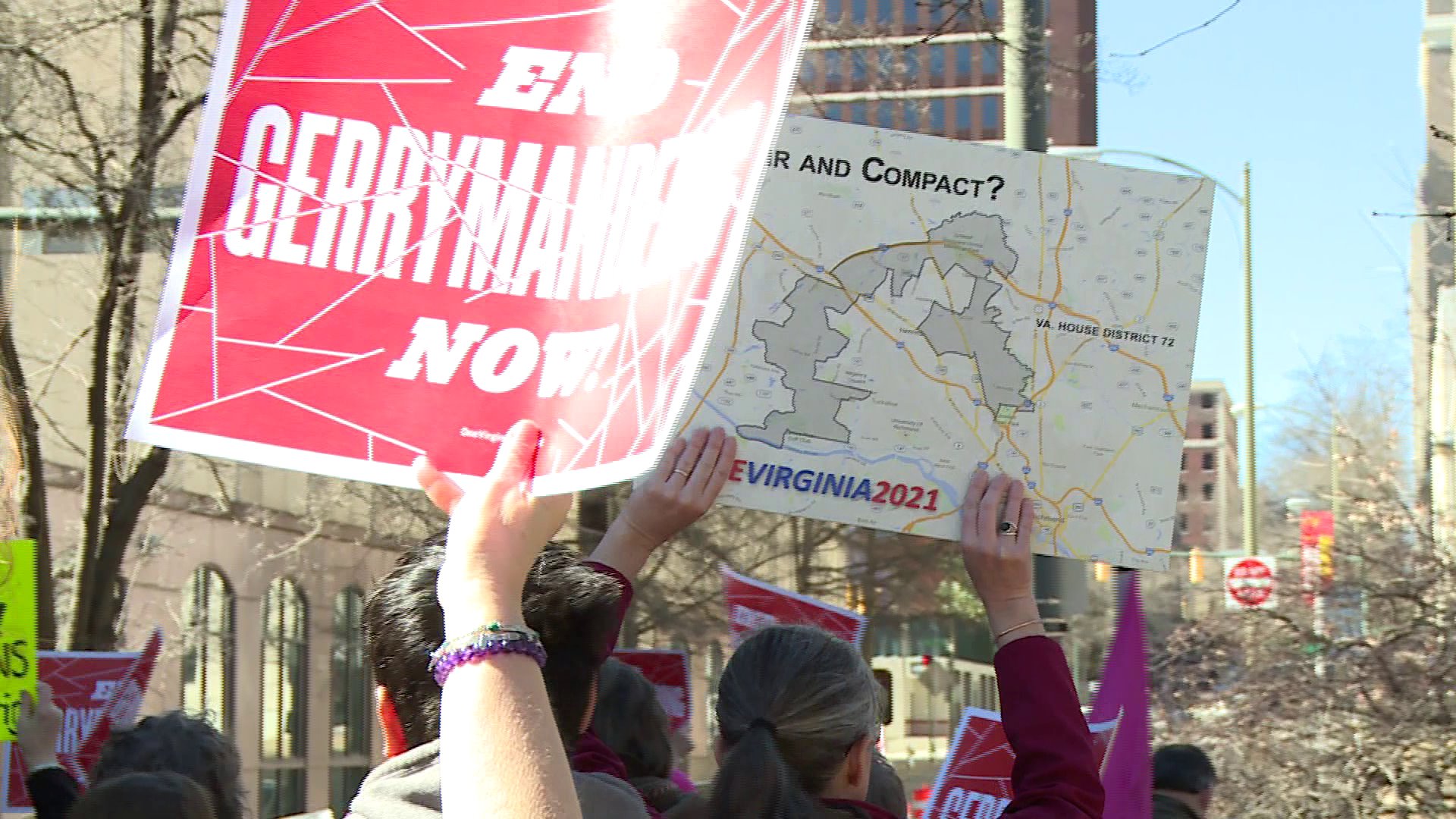 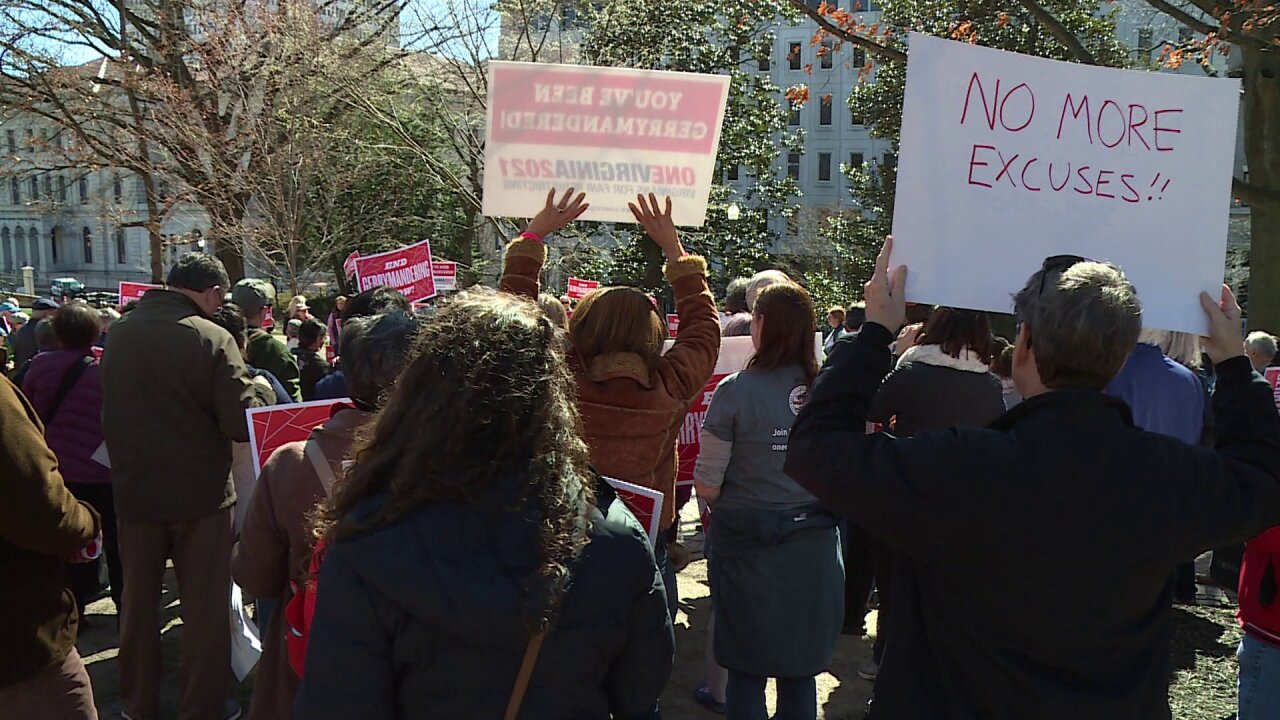 RICHMOND, Va. -- More than 100 people from across Virginia gathered in the Hippodrome Sunday afternoon and marched to the State Capitol demanding the end of gerrymandering.

The Executive Director of One Virginia 2021, a redistricting reform group, was one of the many leaders who led the group.

"We have to end gerrymandering now," said Brian Cannon, Executive Director at One Virginia 2021. "Gerrymandering robs of our voice, our vote and rigs the elections in favor of the incumbent politicians."

The demonstrators want an independent group to re-draw the lines.

"We're advocating for a constitutional amendment that will add transparency, good clear rules that will protect communities and allow somebody else to draw lines instead of politicians themselves," said Cannon.

CBS 6 Political Analyst Dr. Bob Holsworth explains that some lawmakers are for an independent firm redrawing the lines.

"Still many think by in-large they're going to be better off if they can have some control over the lines. They say it is a political event that redistricting is and you shouldn't try to take the politics out of it, because it's always going to sneak back in and they argue that Virginia's government still works pretty well," Holsworth said.

This rally comes just days after the General Assembly voted on a bill that provides a criteria on how districts should be drawn after the 2020 Census. The criteria includes adding compactness and contiguity to the districts. The bill was introduced by Senator David Suetterlien (R - Senate District 19) and passed in both Chambers.

"Activists, however, will not be satisfied with that because they say at the end of the day that would still leave the power of drawing the lines in the people who have a strong self interest in doing that in their own person advantage," Holswroth said.

That bill is now waiting on Gov. Ralph Northam's signature.