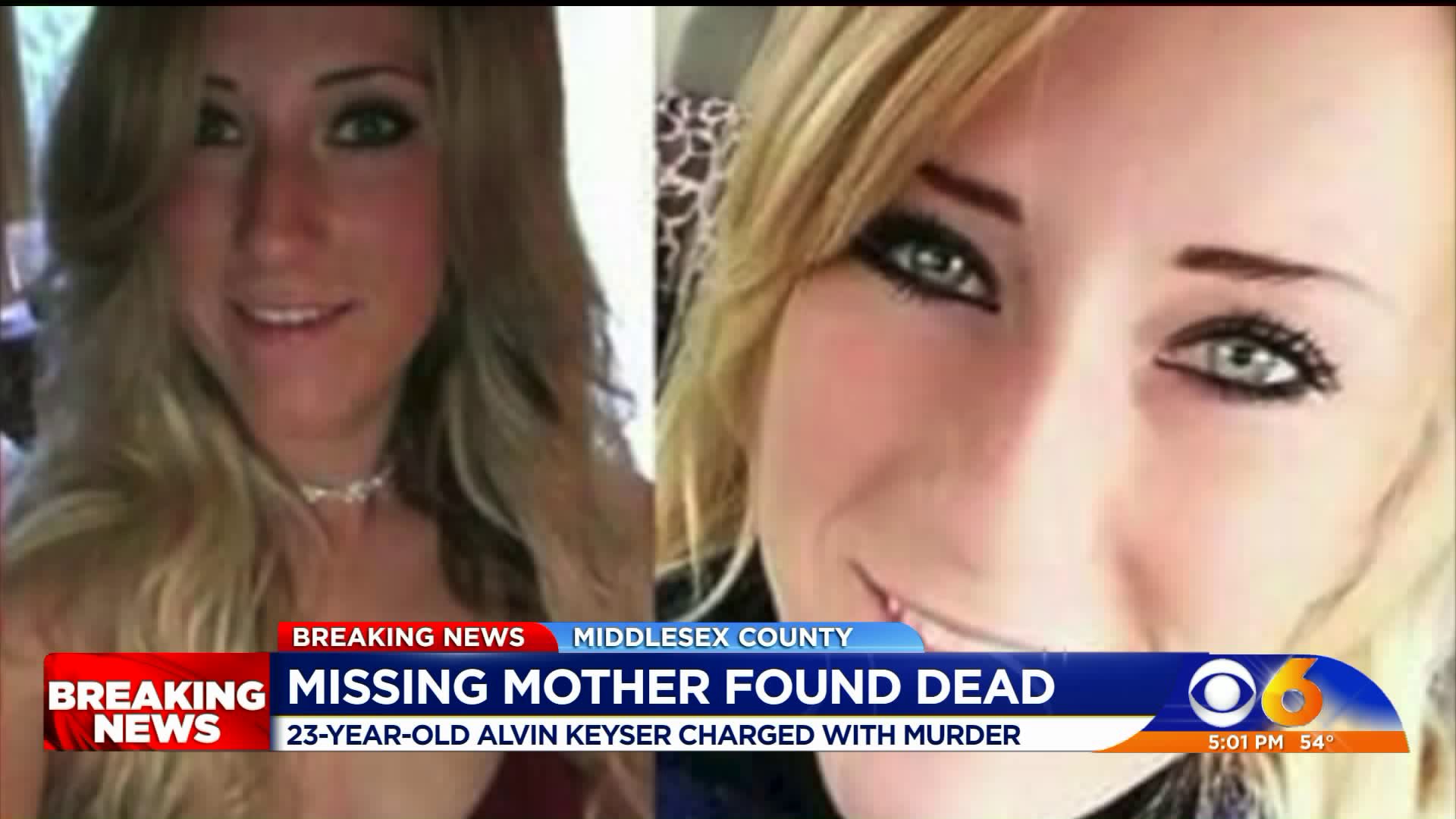 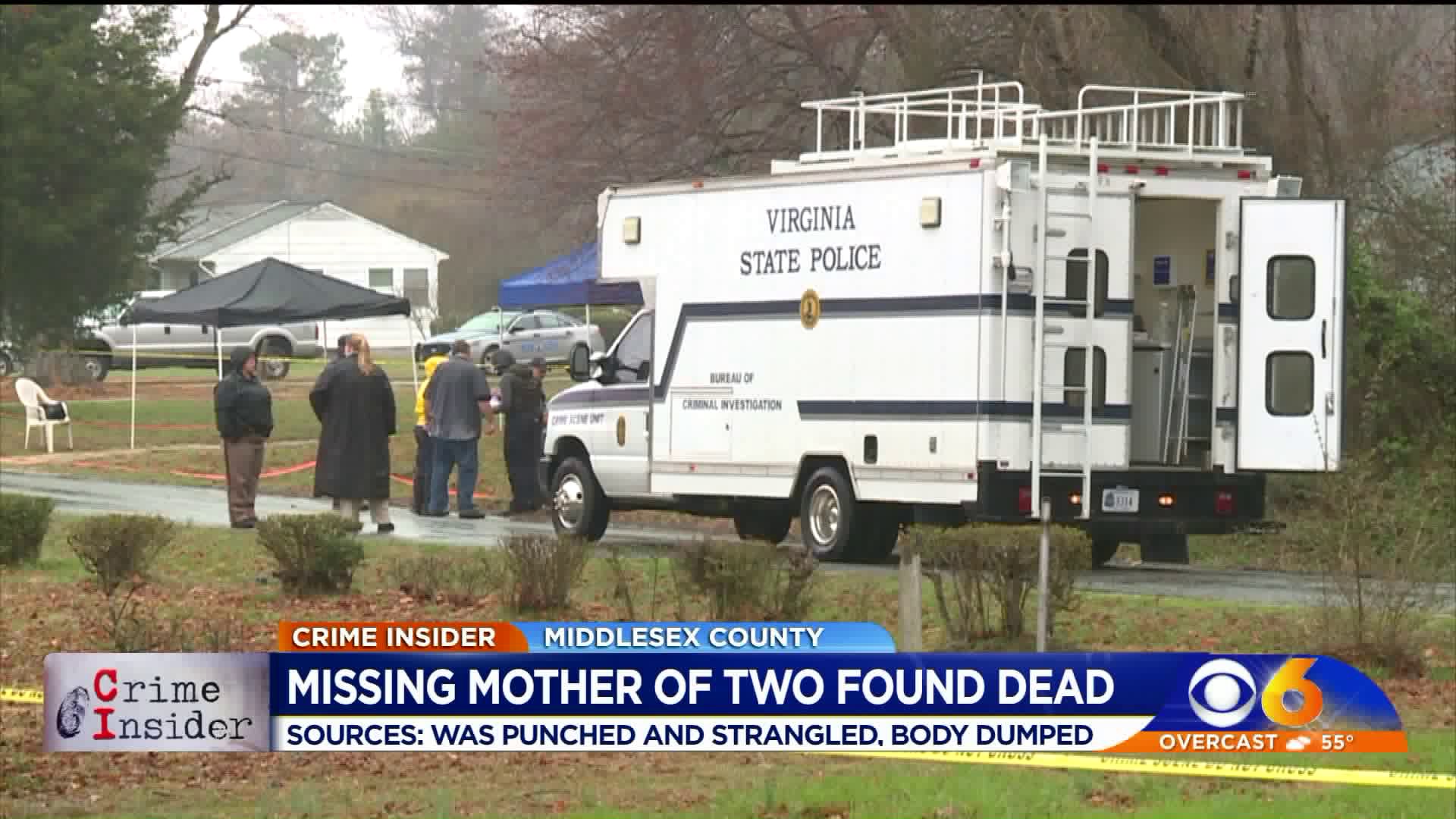 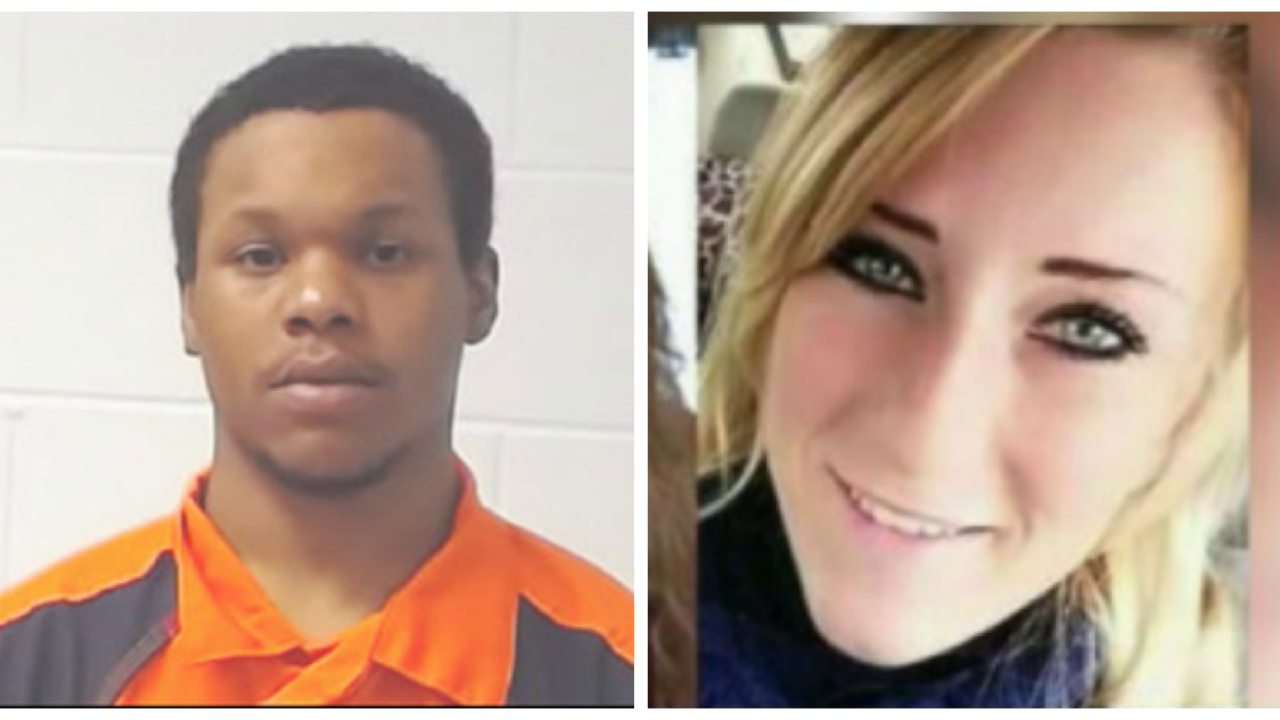 MIDDLESEX COUNTY, Va. -- A 23-year-old man was charged with the murder of missing Middlesex mother TerriLynn St. John, hours after he led detectives to her body.

Alvin B. Keyser is charged with first-degree murder and concealing a dead body, so far, but officers said there could be more charges.

St. John's body was discovered around 9 a.m., about one mile from her home on Mill Wharf Road. Her body was covered with leaves along Barricks Mill Road in Pine Top, Virginia.

“Keyser stated to detectives he confronted St. John at her residence about statements that were made about Keyser. Keyser stated that St. John struck him, and he struck her back he then pushed her out of the van Keyser was driving,” said Middlesex Sheriff's Major Michael Sampson in a statement.

St. John got into the van willing. Her children, age three and one, were inside the home at the time. Investigators say Keyser admitted that he pushed St. John out of the van, continued to hit her, and strangled her until she stopped breathing.

“Keyser then stated he loaded her in the van and put her body in the woods down from her residence,” Sampson said.

He also admitted that certain items at the original crime scene were his.

Keyser is being held without bond at the Middle Peninsula Regional Security Center and will make his first court appearance on Monday, March 5.

The Middlesex Sheriff's office said they investigated Keyser after someone posted on social media about a statement Keyser previously made.

"The closure on this is not good closure, but it is closure,"  Sampson said, and he thanked multiple law enforcement agencies, social media tipsters, and the news media for their help with information.

At a press conference, the sheriff's office said more charges are expected and more people will be interviewed.

A GoFundMe page has been set up to help with St. John’s funeral expenses and for her children.

St. John is the 23-year-old mother of two, whose family reported her missing after she did not show up for work Tuesday morning.

When relatives went to her home to check on her, they discovered her children — ages three and one — unharmed, but home alone.

Family members said they believed St. John struggled with someone in her front yard, near her car, around 7:30 a.m. Tuesday.

“They looked through the woods and you could definitely tell there has been a struggle beside my daughter’s car,” her father Terry St. John said. “Jewelry was all around, like it had been broken off, her cell phone was found in the bushes.”

Investigators hope someone was up early Tuesday morning, noticed something unusual, and will call in a tip.

“We’re hoping someone can come up and say something that they did not think about at the time,” Sampson said. “This is a tight community. Our community works together.”

Investigators have interviewed at least four persons of interest about St. John's disappearance.

Those persons of interest have been cooperative and submitted DNA samples to investigators, Sampson said.

That evidence was sent to the crime lab in Richmond where it is being tested.

Anyone with information was asked to call the Middlesex Sheriff’s Office at 804-758-5600. Witnesses can send news tips here.