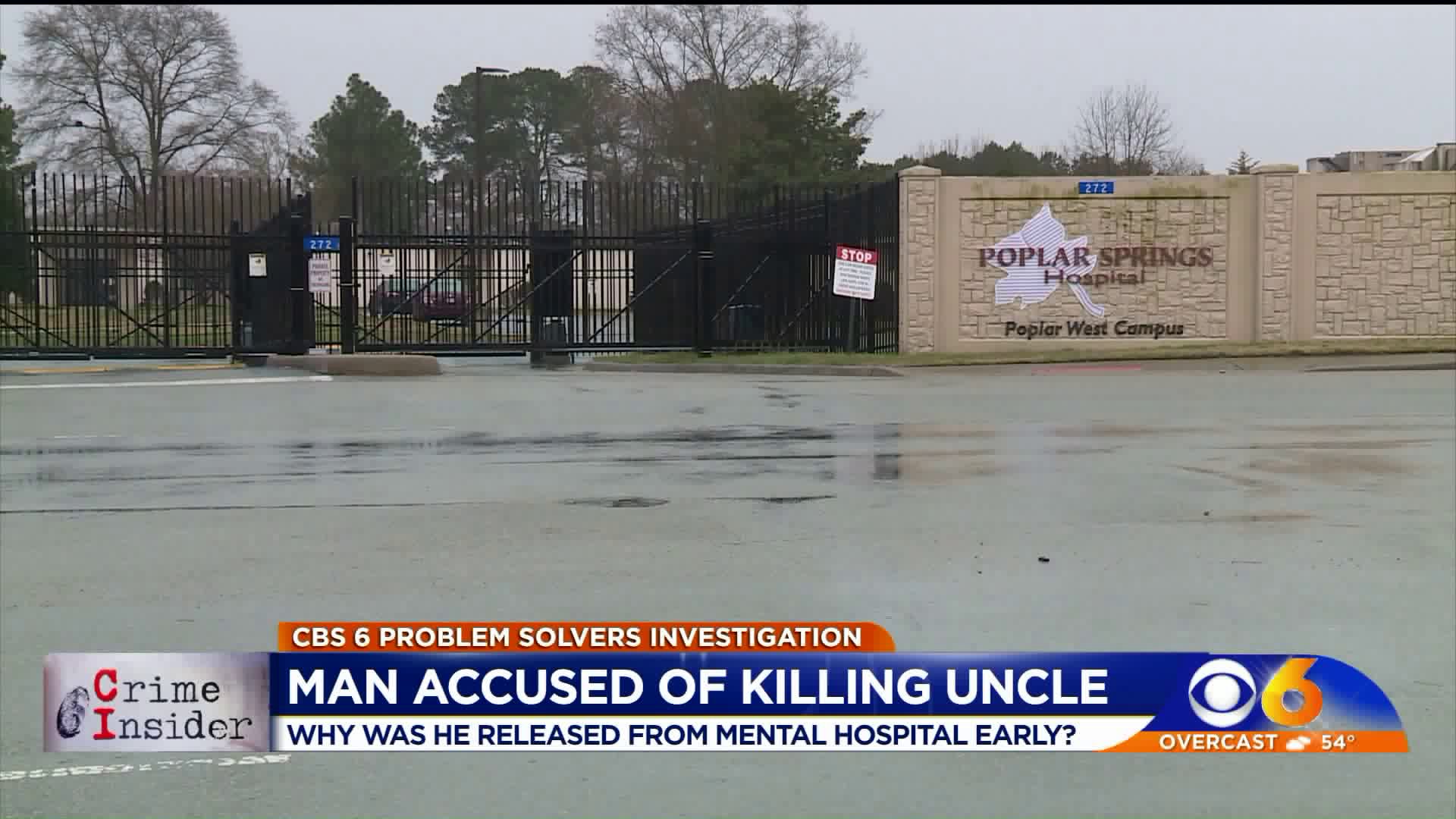 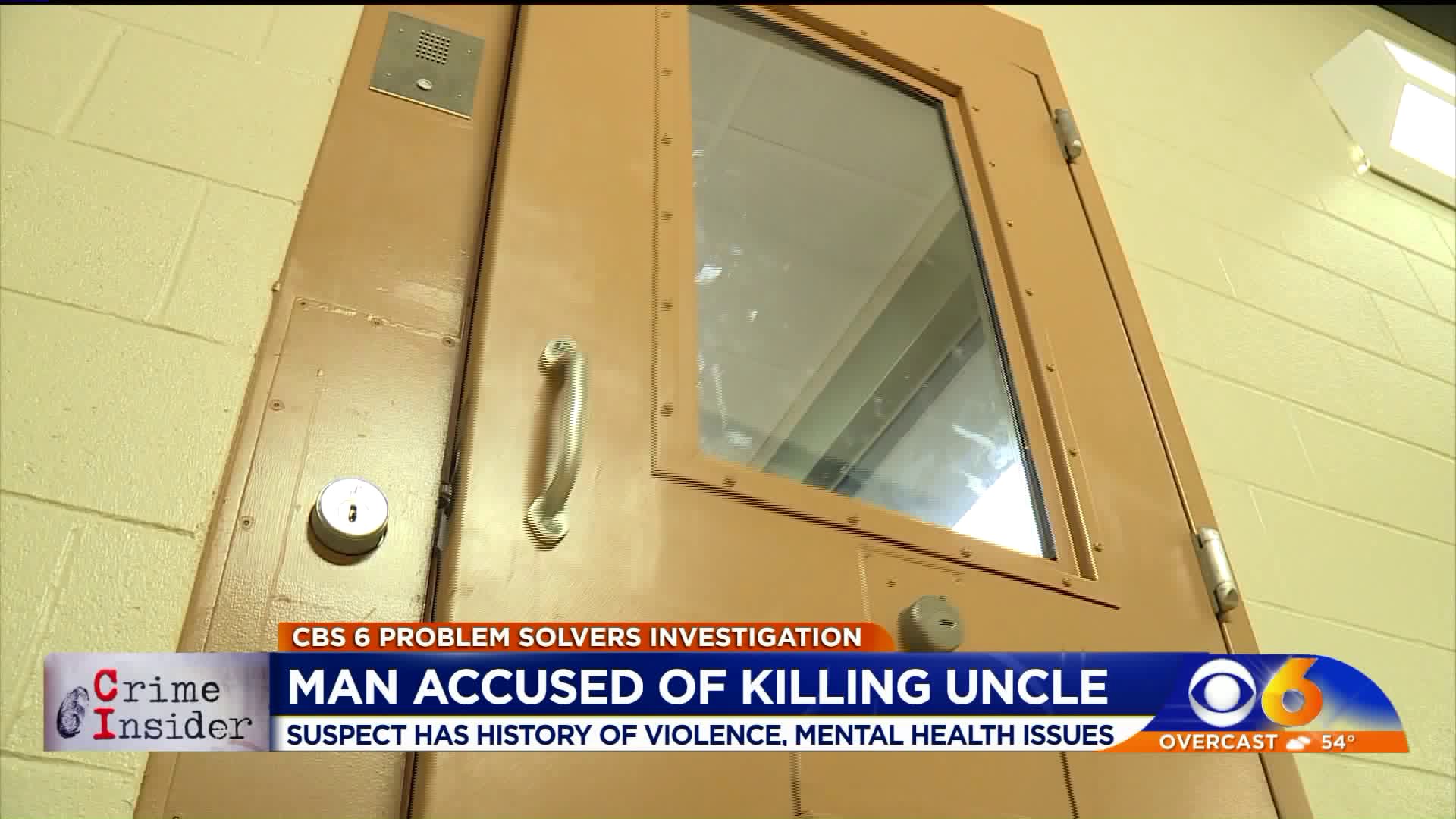 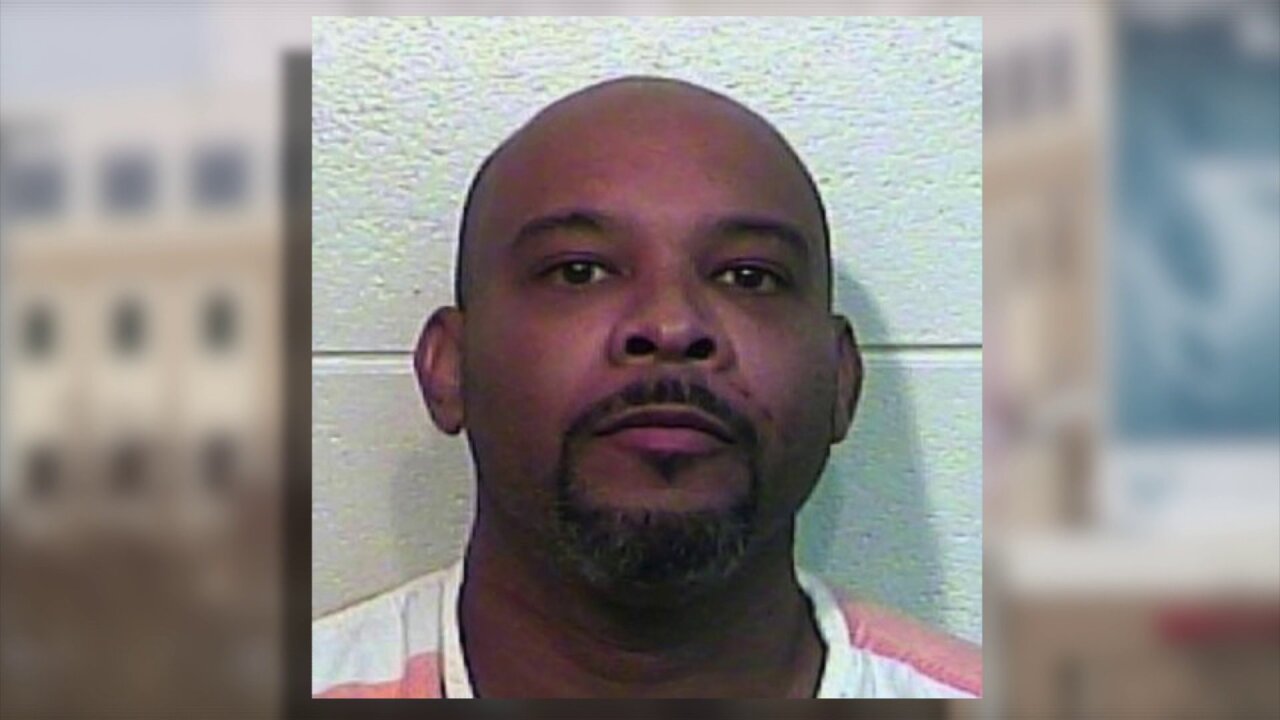 DINWIDDIE COUNTY, Va. -- When Daryl Ridley was arrested for killing his wheelchair-bound uncle, he should already have been in custody, his family members said.

Ridley, 41, had been arrested prior to the January 2016 slaying. He had also, according to George Ridley, the victim's brother and suspect's uncle, showed signs of mental instability for some time.

"I should've been more vocal when I was attacked by him," a tearful George Ridley said.

Daryl Ridley was arrested January 11, 2016, after he walked into Southside Regional Medical Center with stab wounds.

Conversations with Ridley led investigators to a home in the rural Carson section of Dinwiddie County.

Inside the home, they found the body of 59-year-old Dwight Carrington Ridley. He had been stabbed to death in his wheelchair.

Daryl Ridley was arrested at the hospital.

Family members said it was not the first time John hurt a loved one.

For decades, George Ridley lived next door to his brother Dwight.

He said the two of them - along with four other brothers and sisters - were raised on the property, part of a vast farm the close-knit family owned for more than 100 years.

"We always told each other we loved each other," George recalled about his brother Dwight. "That was one of the last things he said to me."

But George's relationship with his nephew Daryl was different.

It was during one of those conversation, about the future of the family property, that Daryl snapped.

"He said 'I'm going to kill you!' He said those exact words," George said about the June 2015 incident.

"He's a big guy and strong," George said. "When he hit me I thought it was all over."

George said he fought back with everything he had, and was able to get away.

"I crawled, I don't know, maybe a couple hundred yards until I could get enough strength to get up," he said. "Then I was afraid to stand up because I didn't know where he was. I could hear the van running, but I didn't know if he was trying to run over me or what."

George made it home and called police. Daryl was arrested the next day and later found guilty of assault.

In July 2016, Daryl was sentenced to one year in custody.

All but 10 days of that sentence were suspended.

"We never got together after [the fight] and it kind of went down hill," George said.

But before that year was over, Daryl Ridley would be arrested again. This time in Sussex County -- where he lived at the time.

On Christmas Day 2015, he was charged with Assault and Battery and Sexual Battery. Both charges were misdemeanors and Daryl was released within days.

He never showed up.

One week later, on January 10, 2016, he was involved in an bizarre incident at Refuge Temple - Our Lord Jesus church on Boydton Plank Road.

"He refused to respect any authority in the church that morning," church pastor Jerry Rose said.

In the middle of a Sunday service, Daryl acted erratically and interrupted the pastor. He left his seat, got on stage, and played with the church band's drums.

He became so disruptive, police were called.

"He made a threat to the officer that he was not going nowhere," Rose said. "[He said] they'd have to kill him."

Daryl eventually calmed down and was allowed to leave on his own.

The next day, investigators said, Daryl killed his uncle Dwight.

Could Dwight Ridley's death have been prevented?

Prior to Dwight Ridley's death, family members said they convinced Daryl to check himself into the hospital.

They were concerned because he had expressed both homicidal and suicidal thoughts.

While he was at the hospital however, he attacked another patient and was hit with a temporary detention order (TDO).

A judge ordered him held for seven days.

Family members said Daryl was released early, under the condition he report to the community services board in Petersburg for a January 11 mental health appointment.

"A lot of these hospital units are in general medical centers, it's just a wing or floor of the hospital, and they' re not really equipped to take on certain patients," Dr. Martin Buxton, the former Chief of Psychiatry at Chippenham and Johnston Willis, said.

While Dr. Buxton is not connected to the Ridley case, he was able to speak about how difficult it can be for mental health workers and hospitals to keep certain patients for an extended period of time, even if they have exhibited violent behavior.

"The problem is if a TDO was issued in that case, then how long do you keep the person?" Dr. Buxton stated. "The person is in the hospital and he or she is intact enough to tell you 'no, I'm not going to hurt anybody, I`m not going to hurt myself.' You don't want to falsely imprison somebody, [because] you could be accused of falsely imprisoning, so you have to weigh this issue."

In the last year, two different clinical psychologists testified before the court saying they believed Daryl Ridley lacked a rational understanding of his forthcoming trial and lacked the capacity to effectively assist in his defense.

In July 2017, a judge ruled Ridley currently incompetent to stand trial, but ordered that he be transferred from jail to Central State Hospital, where doctors have attempted to restore his competency.

Back at the Farm

George Ridley said he initially attended his nephew's court hearings but stopped because it became too hard.

"I'm not gonna pretend," he said choking up. "Yes, it hurts. I have feelings."

George said he believed the system failed his brother and his nephew.

He said he wanted wants lawmakers and mental health workers to come up with a better way of treating people like Daryl, to keep them off the street until they are better.

George said he believed the system failed his brother and his nephew.

"If I had to do it all over again, I would have insisted he'd be put where he could get help," George said. "It's not because I want to see him suffer or anything, but I wanted him to get help."

Daryl Ridley was recently accused of assaulting someone inside Central State Hospital.

He is scheduled to be arraigned on that charge on March 5.

He will return to court later in March for another hearing tied to Dwight Ridley's death.