Families outraged over conditions at Chesterfield cemetery: ‘It just sickens me’

Tuesday, after seeing images posted in a Facebook group called “The good, the bad, and the ugly of Dale Memorial Park,” Patricia Lindsey traveled to the cemetery to check on her parents’ plot that she says has been damaged in the past.

“I live farther away but when I started seeing the damage on the news and on Facebook, and I could tell that it was relatively close to my parents, I made the trip,” Lindsey explained.

Nicholas Richmond, did the same.

“I saw some of it on Facebook and was like alright, it looks bad, but didn’t think it was to the extreme of what it actually is when you are here in person,” Richmond said.

“It just sickens me you know, because this is the final resting area for our loved ones,” Richmond said as he pointed out flowers strewn about, vases destroyed and deep tire marks over headstones. 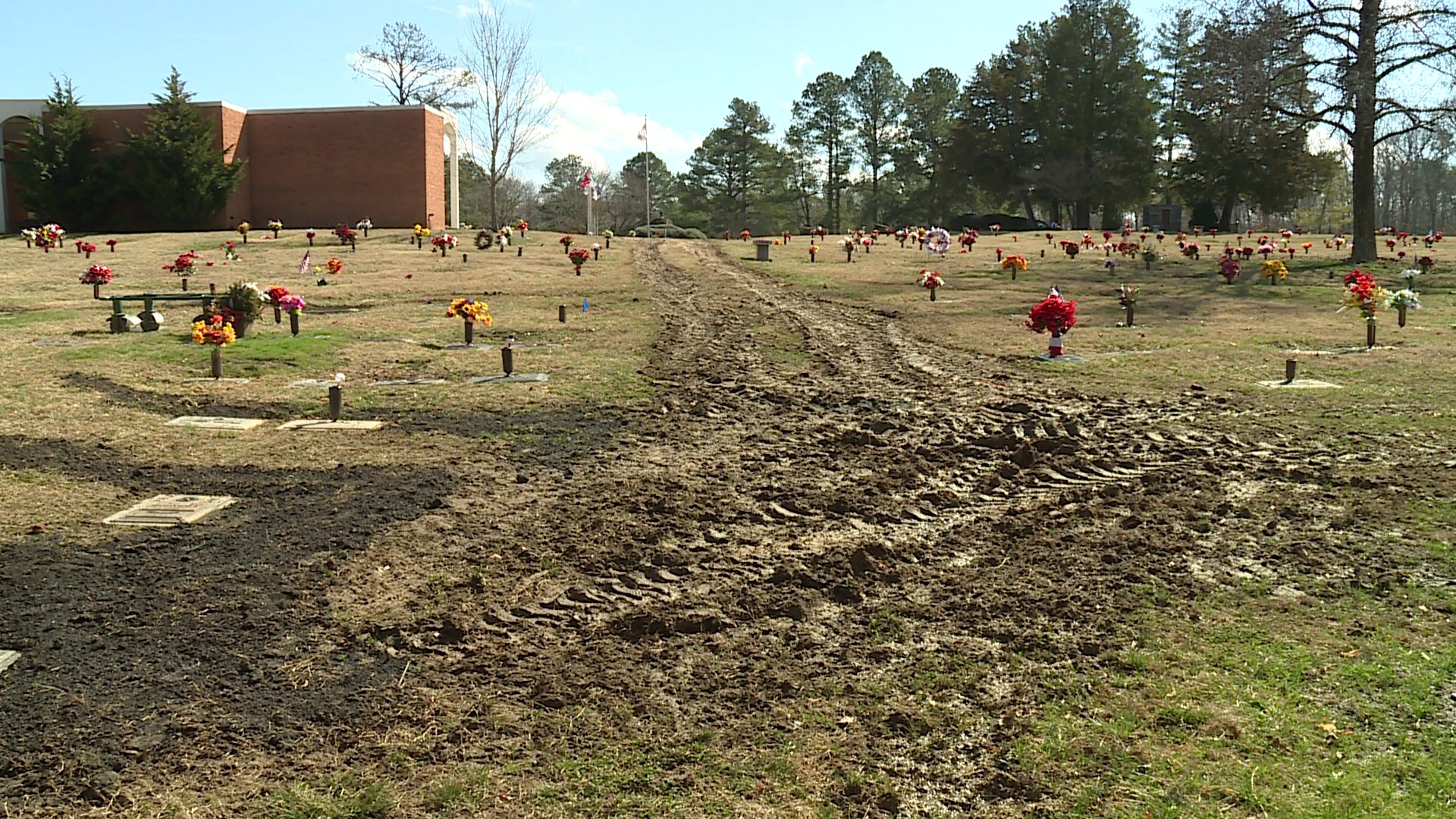 In fact, outraged families called CBS 6 out here in March of 2015 for more tire tracks and damaged headstones.

Now, families say they want answers, change, and someone to take responsibility.

CBS 6 Problem Solvers got in touch with officials from Dale Memorial Park who said they will have crews working to repair cemetery grounds starting Wednesday.

Management told said that anyone who believes their loved one’s plot has sustained damage needs to call Dale Memorial Park to notify them and they will work to repair it for free.

As for what caused the damage, officials said the rainy months of January and February caused flooding and pooling in some areas of the park which then turned to mud. They went on to explain that in order to do burials, crews have to use heavy machinery like backhoes, and the equipment maneuvering on soggy ground made a huge mess and left tire marks.

Management said they had been trying to repair the grounds and keep up with it, but rainy weather made it near impossible.

Dale Park Memorial said they have crews scheduled to come out Wednesday to fill holes, put truckloads of sod down over mud pits, clean up the property, and start repairing damage that is there.

When asked why there where tire marks on top of some markers, management said crews should not be driving over the markers, that is not normal, and it may have been an accident.