‘Thought she might not make it;’ Henrico 5th grader saves choking friend 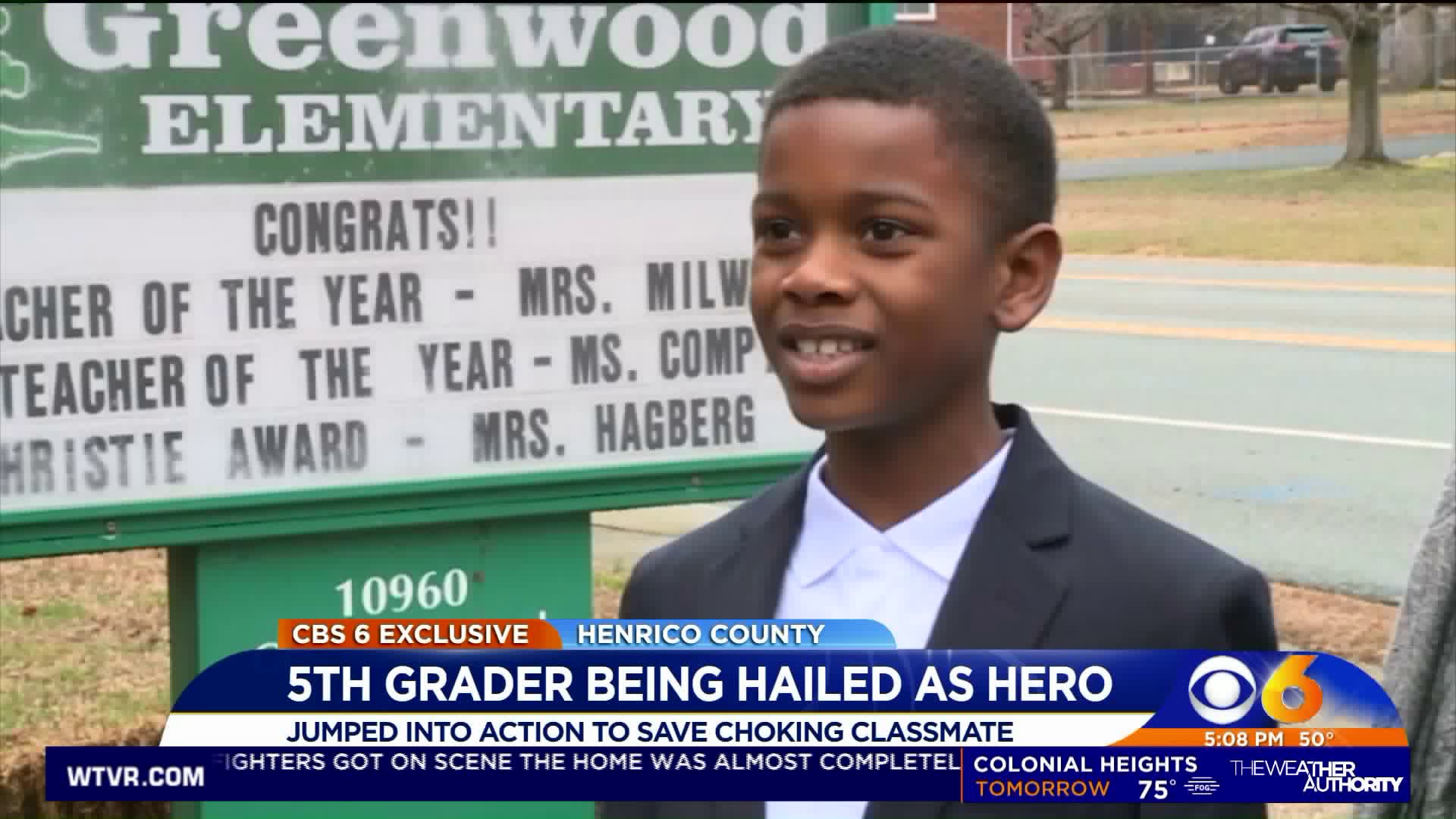 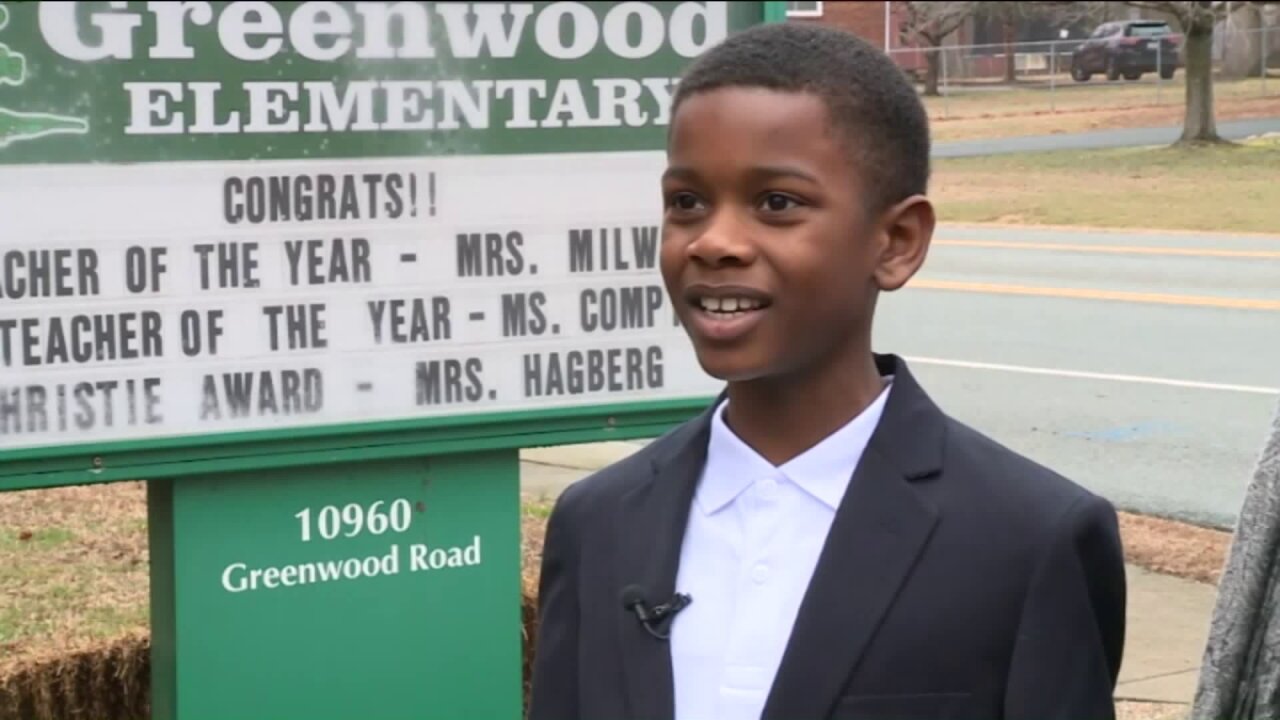 HENRICO COUNTY, Va. – A fifth grader in Henrico has been hailed a hero for jumping into action when he saw a classmate choking at lunch; she was starting to turn colors and gasping for breath.

“I wasn`t really calm, my heart was racing I just knew I had to help her,” said Benjamin Ford.

Though he was nervous, school officials said the fifth grader had all the right moves. Benjamin said he knew what to do because he relied on information that he learned in a documentary a few years ago, which he watched with his mom.

Ben was recognized by Greenwood Elementary school administrators, who shared the story of his heroic intervention with the entire school.

Benjamin Ford and his mother

His parents said they were super proud of how quickly he acted and are thankful he remembered the documentary.

“I felt like I had to hurry up and get to her,” Benjamin said. “…I thought in a couple more seconds she might not make it.”

“I got a lot of claps and I had a lot of fist bumps and they were really supportive when I walked down the hall,” Benjamin said.

At first his parents said they thought he meant he saved a life when playing a video game.

“Then we found out it was a real person we were shocked....it was awesome,” his mom said.

Benjamin got a big thank you and hug from his friend. He said his parents also picked him up the next day and let him pick out a video game and go to the Black Panther movie.