POWHATAN COUNTY, Va. -- Fire marshals are investigating after a Powhatan County mansion was completely destroyed in a fire Saturday morning.

Units from Powhatan County Fire and Rescue responded along with Chesterfield Fire & EMS to the home in the 2100 block of Dalmore Lane off of Huguenot Springs Road shortly after 6 a.m. The flames were able to overtake a significant portion of the home before the fire department was called from a neighbor's house. 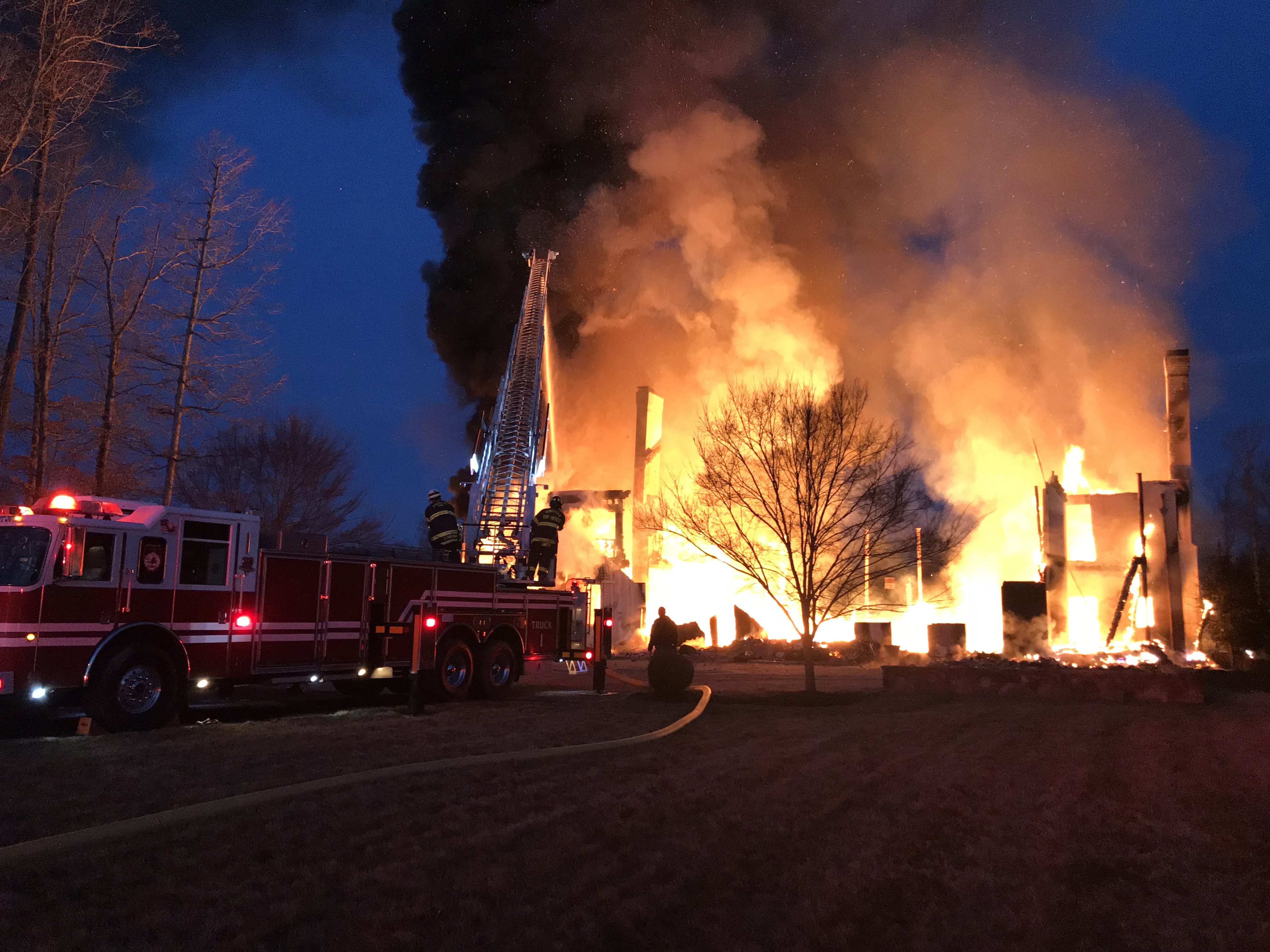 Due to the size of the home, the volume of the fire and the instability of the floors and walls, crews were forced to attack the fire with both high-flow hose lines as well as a ladder truck. Because of the rural location and lack of nearby fire hydrants, three tanker trucks were used to shuttle over 40,000 gallons of water to the scene.

Officials say the mansion's occupants were not home at the time of the fire and that the house is a complete loss.

The cause and origin of the fire is under investigation by the Powhatan Fire Marshal's Office and is expected to take several days to complete.