RVA’s Tantilla Garden: The rise and fall of the grandest ballroom in the South 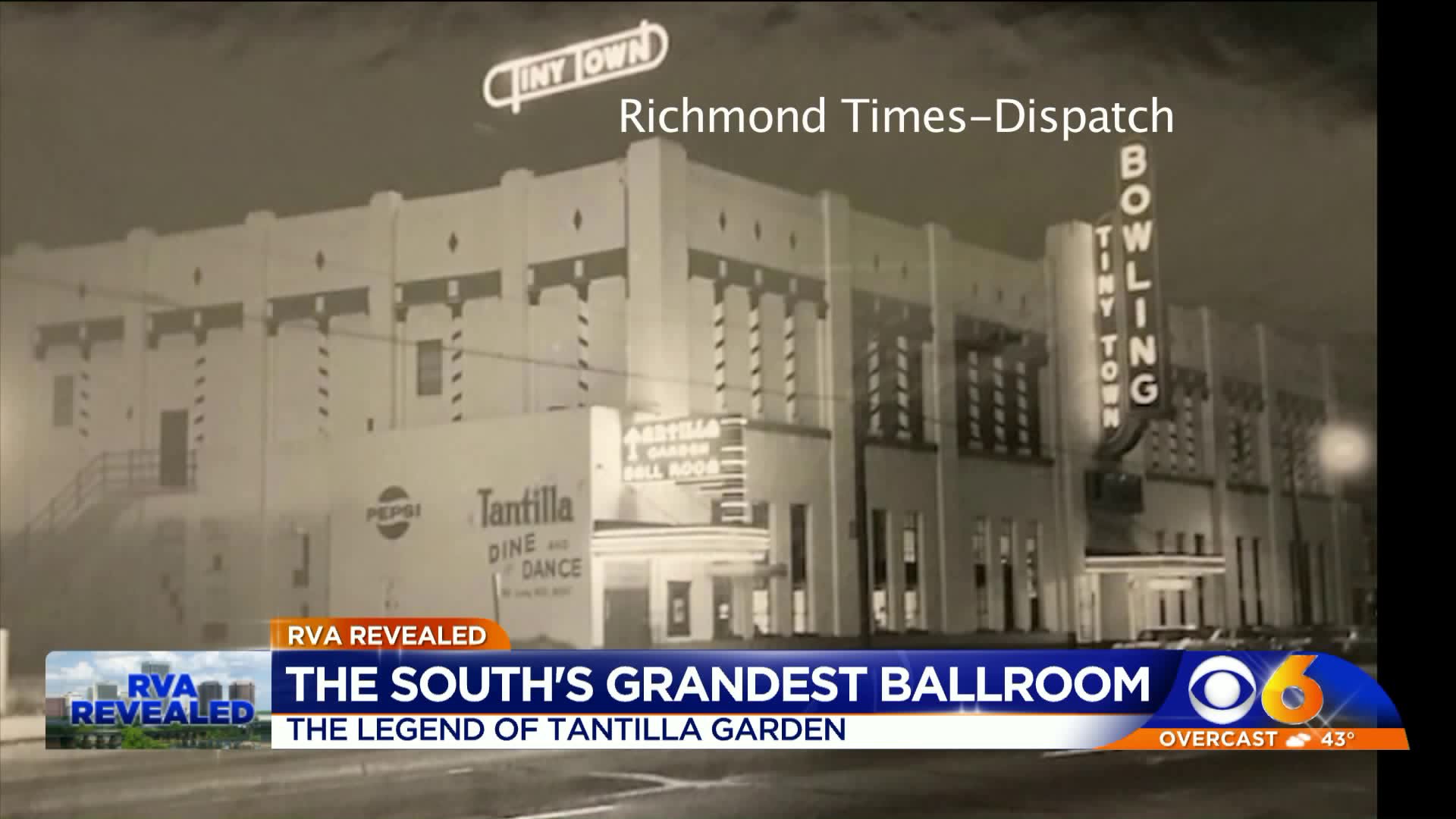 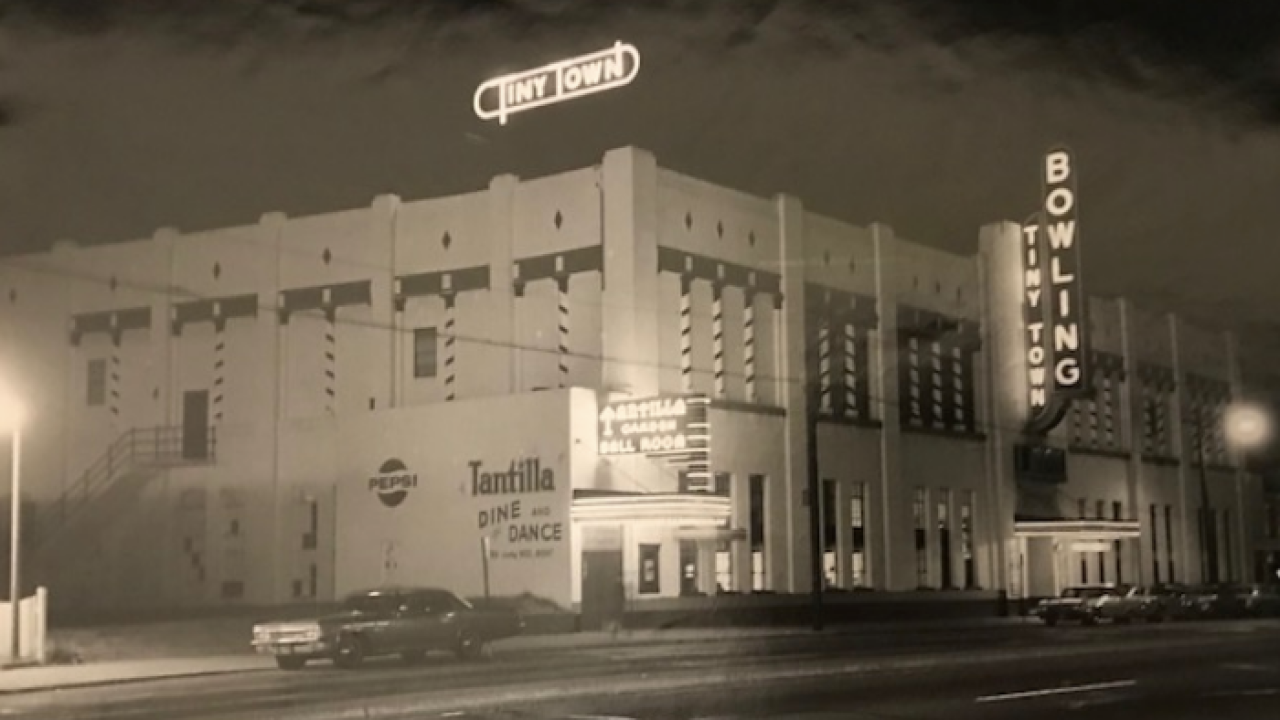 RICHMOND, Va. -- It was called the grandest ballroom in the South.

Tantilla Garden was a block-long entertainment palace at 3817 W. Broad Street (now a big parking lot) built 85 years ago - in 1933 - during the Depression.

Many marriages (and families) began right there in perhaps the city’s hottest spot ever.

“It was one of the South‘s premier ballrooms during the big-band/jazz age,” recalled longtime Richmond promoter Chuck Wrenn. “And all the greats played there. Everybody from Cab Calloway to Duke Ellington to Glenn Miller. My parents used to enjoy going there for dancing.”

So did countless other Richmonders of a certain age.

It was a magic time for music, dancing and bringing in your own libations to bypass the liquor laws at the time.

The ballroom had a rollback roof that would open up on nice nights for “dancing under the stars,” Wrenn said.

Imagine the romance. Virginia Dare Massey sang at Tantilla. That’s where she met Raoul Roland Hebert, who would become her husband and father of her children, recalled her daughter.

John Cameron passed a note on a matchbook to quote “the most beautiful woman here” in 1948. That’s how Dorothy - “Dot”- became his bride for life and mother of his two girls, recalled one of them.

Those stories are practically endless. So many young and older people bowled and partied in the downstairs Tiny Town alleys. Besides ballroom dancing and concerts, the upstairs is where many a girl practiced ballet.

Back when it was built by the Byrd Theatre Corp, that area was the far edge of the city, bordered by a horse farm and the orphanage, wrote local historian Harry Kollatz in a Richmond Magazine report.

It was swank, Kollatz wrote. “It boasted velvet swags; burgundy, brown and gold décor; and a polished dance floor.”

But times changed, and so did the shows and events.

“By the time we got a hold of it, it was sort of in disrepair,” Wrenn said.

When he was in high school in the early- to mid-‘60s, “sororities and fraternities would put on dances there . . . It would be bands like Doug Clark and the Hot Nuts, the Isley Brothers, any number of local bands. One of the favorites was the Nine Nobles.”

The Loving Spoonful played there for Benedictine high students who had won a contest in 1968. Tiny Tim showed up, recalled Nancy Wynne Henderson, who got autographs but couldn’t sneak in because she didn’t go to Benedictine.

Wrenn said he’d sell show tickets to fellow students at his high school. If you sold 10, you’d get a free ticket, he said.

In the early ‘60s, he and a bunch of his friends put on the “first psychedelic dance in the state of Virginia at Tantilla Garden’s ballroom . . .  We rented a bunch of audio-visual equipment and we had a big light show which was projected slides, film on the wall.”

One of the fellow young promoters, Ron Courtney, put together The Actual Mushroom band, Wrenn said.

“We sold the place out, and we lost money because we spent more money putting the show on then we could possibly produce.”

But it made quite a splash, even attracting one of the main scribes from the Richmond Times-Dispatch and News Leader.

“Ross Mackenzie described the band playing as sounding like a streetcar coming to a screeching halt,” Wrenn recalled, laughing.

By the late ‘60s, the facility was in need of a major renovation and was sold to the Home Beneficial Life Insurance Company.

When Tantilla Garden was torn down in September of 1969, many former patrons bought souvenir bricks for 25 cents to benefit the United Givers Fund, the Times-Dispatch reported at the time.

So ended the grandest ballroom in the South.