"The Trooper’s preliminary investigation reveals that a driver of a Buick sedan made an unsafe lane change and in the process struck another 4 door sedan," Sgt. Keeli L. Hill with Virginia State Police said. "The Buick then also struck a tractor trailer that was stopped due to traffic."

The driver of the sedan that was hit was entrapped and transported to an area hospital with injuries that called not life-threatening.

No one was else was injured, Hill said.

The driver of the Buick was charged with making an unsafe lane change.

The crashes remained under investigation.

A second accident in the area also closed at least one westbound lane. 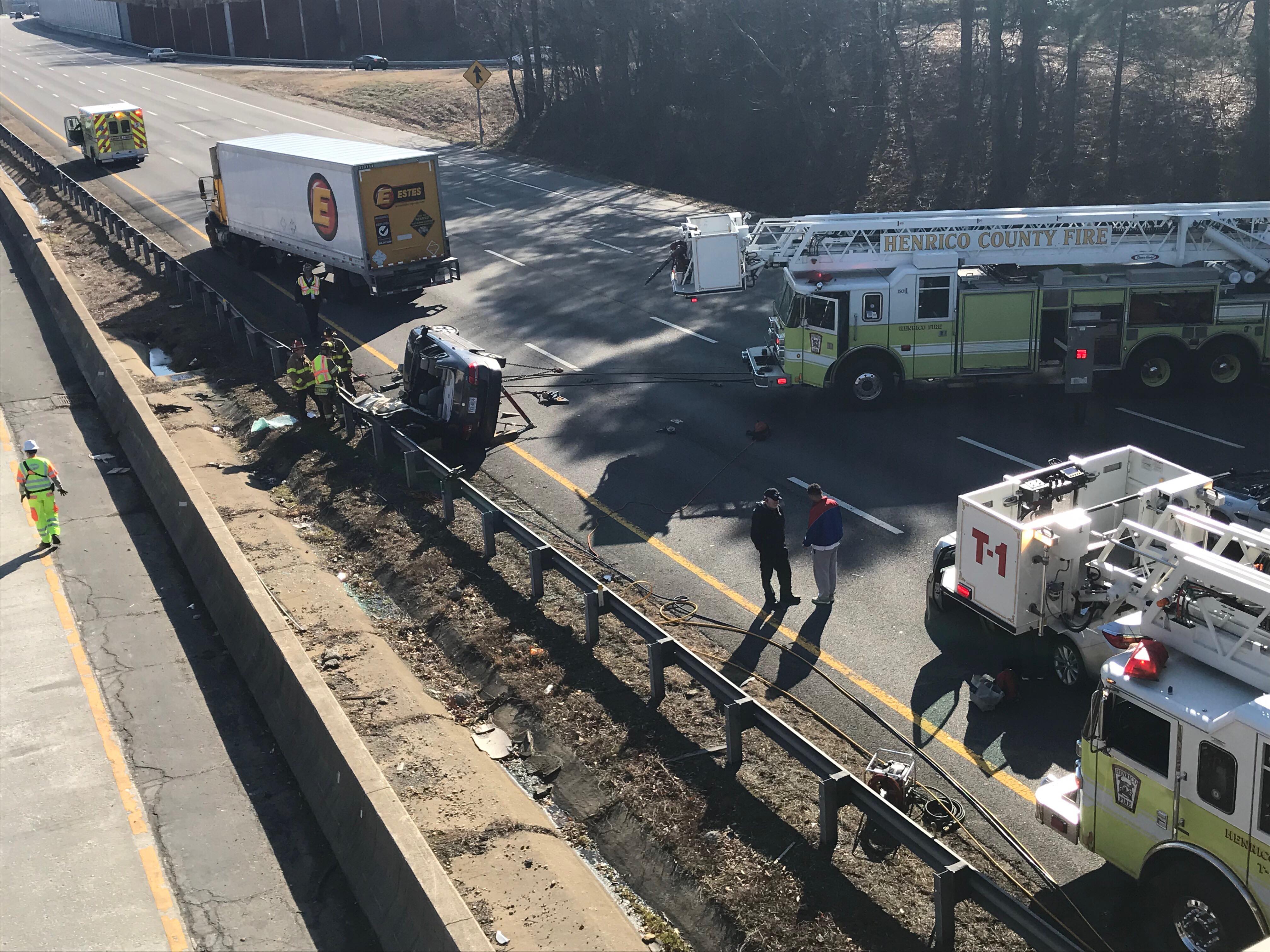