RICHMOND, Va. – Half a dozen packages have been swiped recently in Richmond’s Fan District and that's just the number that has been reported, according to Crime Insider sources.

One neighbor’s concern is that a thief is shadowing the mail carrier and striking as soon as the packages are dropped off.

Neighbors say a man can be seen on surveillance video, stealing packages from porches in the 2100 block of Floyd Avenue.

"You see a lot of reports about it on the “Next Door” (app) and things like that about people having packages stolen," said Susanne Bielaski who lives on Floyd. 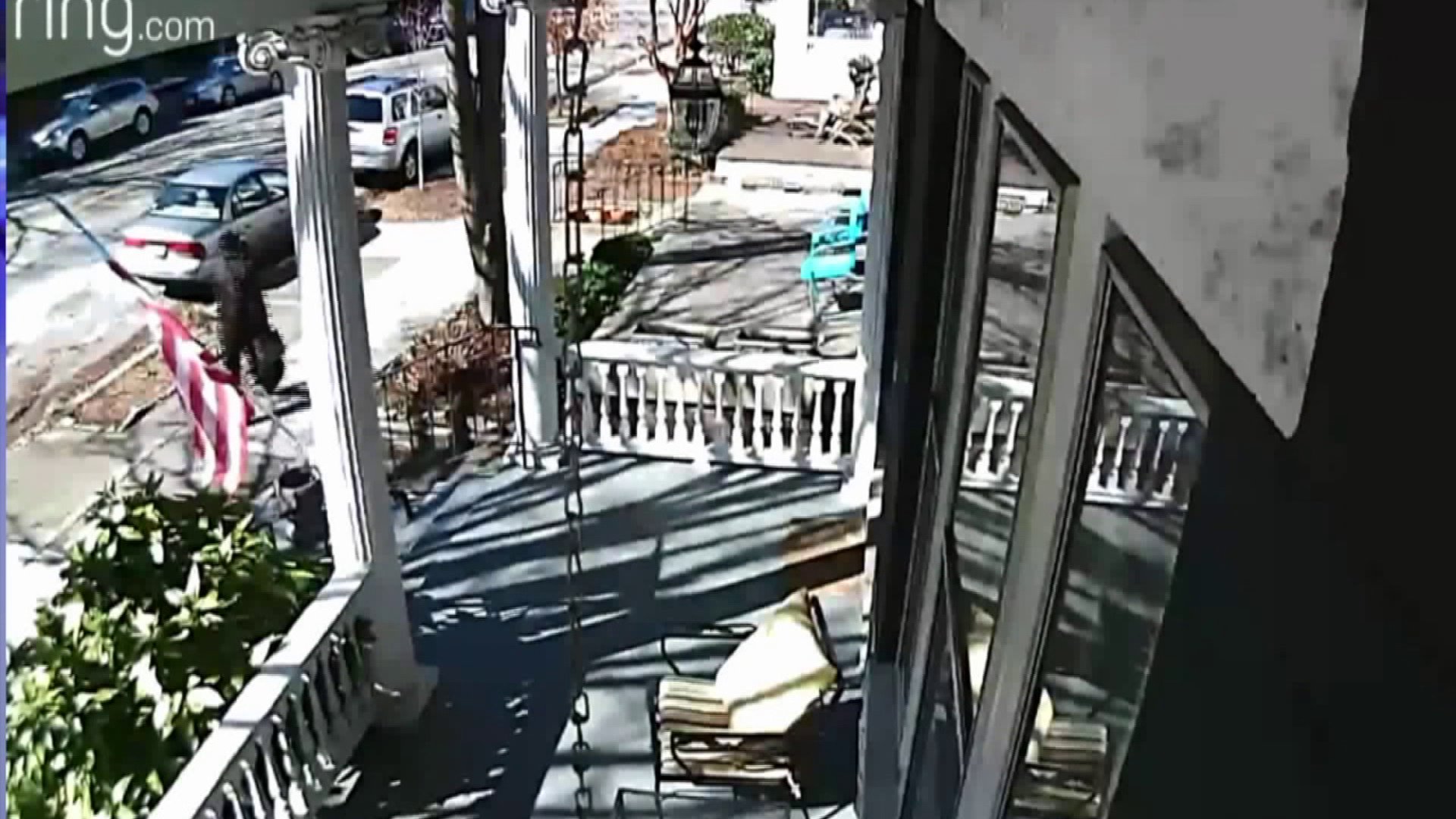 Surveillance video shows a man put a package in what appears to be an already full bag and briskly walk away.

"It’s a little too close to home; you don’t want to think about that happening right in your neighborhood,” said Bielaski.

People in the neighborhood like Dan Ryan say package theft is a crime of opportunity that is a regular problem.

That is until he decided to fight back with some funky firepower.

“I took an empty box and put a couple bricks in it and some products from my dogs and left it out,” Ryan said. “They stole that, and that was the last package stolen.”

Ryan says since he's changed the way he receives packages, sending them to his work or tracking with UPS, he hasn't had a problem. But he says looking out for your neighbors is also a way to keep thieves from trolling and taking what isn't theirs.

"I think he has a package over there now, that I'll move to his back porch," said Ryan, pointing at a neighbor’s house.

"If you have a gate or a bush or a certain area around your house that you want to hide it behind, if you give that special instruction, they usually do that,” said Bielaski.