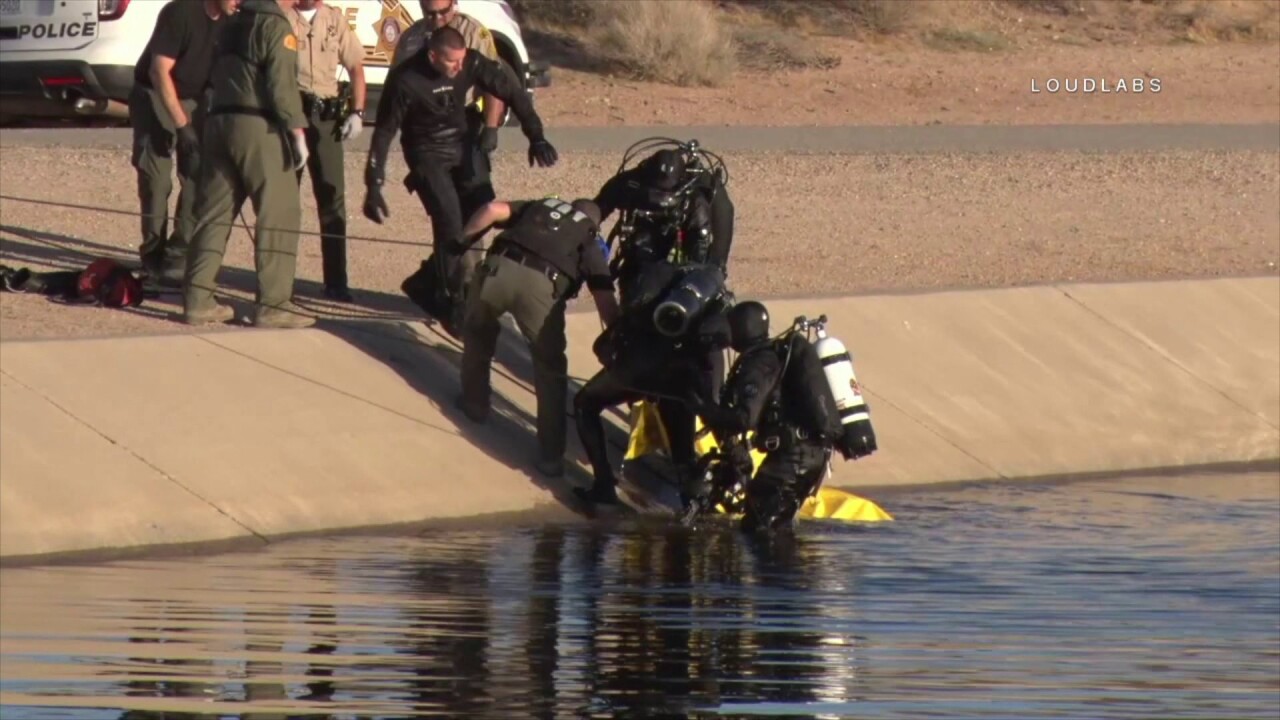 HESPERIA, Calif. — A 31-year-old father died saving his nine-year-old son after the child fell into the California Aqueduct in Hesperia over the weekend, authorities said Monday.

The boy went into the water near Rancho Road and 11th Avenue after losing control of his bicycle while biking with his father around 12:45 p.m. Sunday, according to a news release from the San Bernardino County Sheriff’s Department.

Osbaldo Rodriguez jumped into the aqueduct and pulled his son to safety, but then began struggling, the release stated. He went under and never resurfaced.

The child, who was not hurt, called 911 to report that his father was still in the water, prompting deputies to respond to the location. A sheriff’s dive team was also brought in to search the aqueduct.

Meanwhile, authorities contacted the California Department of Water and Power in order to get the flow of water in the area slowed or stopped, something that would help increase the chances of finding the man, according to sheriff’s spokeswoman Cindy Bachman.

But by the time they located Rodriguez, he was deceased, she said.

Divers recovered the Hesperia man’s body about 4:30 p.m. a short distance from where he had jumped in the water to save his son.

“Sometimes it takes days to find people that have drowned in the aqueduct,” Bachman said. “So, we’re very fortunate, especially for the family, that we were able to find him quickly.”

An exact cause of death was not immediately known, and will be determined by the coroner, according to the Sheriff’s Department.

“This man did what any reasonable person would do under these circumstances, he saved his son,” Bachman told The Press-Enterprise in a written statement. “This is a very tragic accident.”