ALBEMARLE COUNTY, Va. -- The person killed when an Amtrak train, carrying dozens of GOP members of Congress, struck a garbage truck has been identified as a Louisa County man.

Investigators say one of the two passengers in the truck, 28-year-old Christopher Foley, died from injuries sustained from the crash.

The driver of the truck was taken by ground to the University of Virginia Medical Center with serious injuries. The other passenger was airlifted to hospital with critical injuries.

Two members of the Amtrak crew were also transported to the hospital, along with two passengers. Their injuries are considered minor. 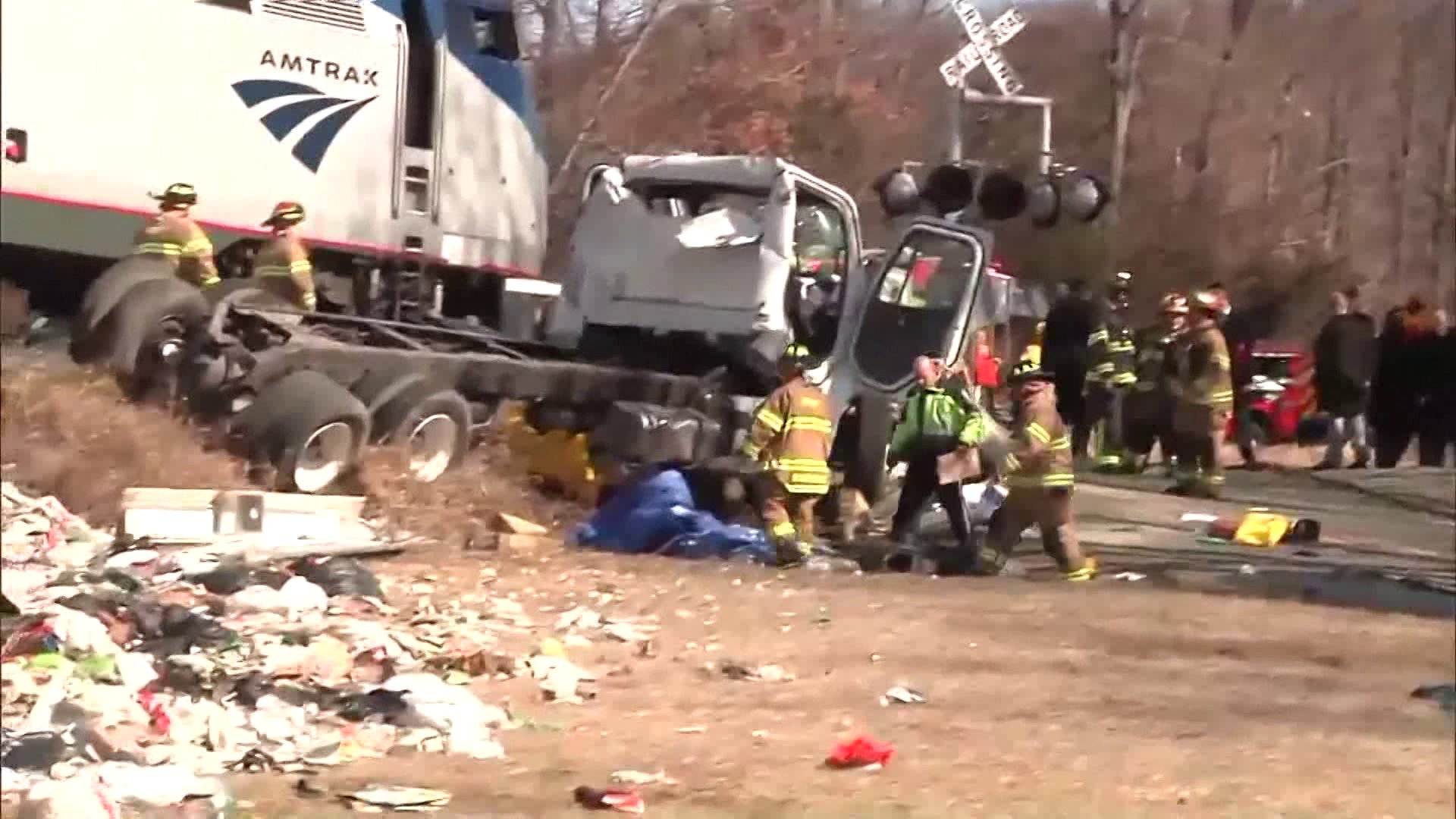 A train carrying dozens of Republican members of Congress, including House Speaker Paul Ryan, to their legislative retreat in West Virginia hit a truck Wednesday, leaving at least one person dead.

Six patients were transported to UVA Medical Center, with one in critical condition. One of those six has been discharged, while the remaining four were being evaluated.

Multiple sources said that all members of Congress on the train and their families were OK, with the exception of a few minor injuries.

RELATED: All the lawmakers we know who were on the train that hit a truck

An aide confirmed Ryan is fine.

"Today's incident was a terrible tragedy," the Wisconsin Republican tweeted later. "We are grateful for the first responders who rushed to the scene and we pray for the victims and their families. May they all be in our thoughts right now."

Rep. Jason Lewis of Minnesota was taken to the hospital for a potential concussion.

"I'm fine compared to tragically the truck driver and thankful for our first responders," Lewis said in a statement.

Lewis' spokesman later said he was discharged and continued on to the GOP retreat.

Amtrak said in a statement that the train came into contact with a vehicle that was on the tracks at 11:20 a.m. ET in Crozet, Virginia, outside Charlottesville.

Republican members of Congress on the train, which left Washington's Union Station, were on their way for a retreat at The Greenbrier in White Sulphur Springs, West Virginia. The retreat starts Wednesday and ends Friday. Vice President Mike Pence, who was not on the train, is scheduled to speak to members later Wednesday and President Donald Trump is scheduled to address the event on Thursday. A GOP congressman told CNN Wednesday that the retreat will go on as planned.

Pence tweeted that he was monitoring the situation and still planning to speak at the retreat.

According to a tweet from its official account, the National Transportation Safety Board says it "is launching a Go-Team to the scene of the Amtrak accident in VA. More information will be released as it becomes available."

US Capitol Police said congressional officials, including the USCP, are on the scene and are working closely with partner law enforcement agencies in response to the incident.

Rep. John Faso, a New York Republican, who was on the train that crashed, said he was able to see the truck that hit the train, and that he was told that injuries were expected from people in the truck, not the train.

"There was (what) looks like a tractor trailer carrying trash that was hit by the train," Faso, who said he was in the third car of the train, told CNN.

Other Republican members of Congress tweeted that they were OK in the moments after the crash.

"I am safe and was not on board the train in West Virginia. Thank you to those who have reached out and please pray for the safety of all involved," Rep. Elise Stefanik, a New York Republican, tweeted.

"Our train heading to the GOP Retreat in West Virginia has been involved in an accident. I am safe but first responders are treating minor injuries on the train & treating the truck drivers. Praying....," Sen. James Lankford of Oklahoma tweeted.

"We're fine, but our train hit a garbage truck. Members with medical training are assisting the drivers of the truck," Rep. Greg Walden, an Oregon Republican, tweeted.