The school bus was offloading kids with its lights on, when it was struck from behind, causing the bus to overturn, according to Virginia State Police Sergeant Keeli Hill. 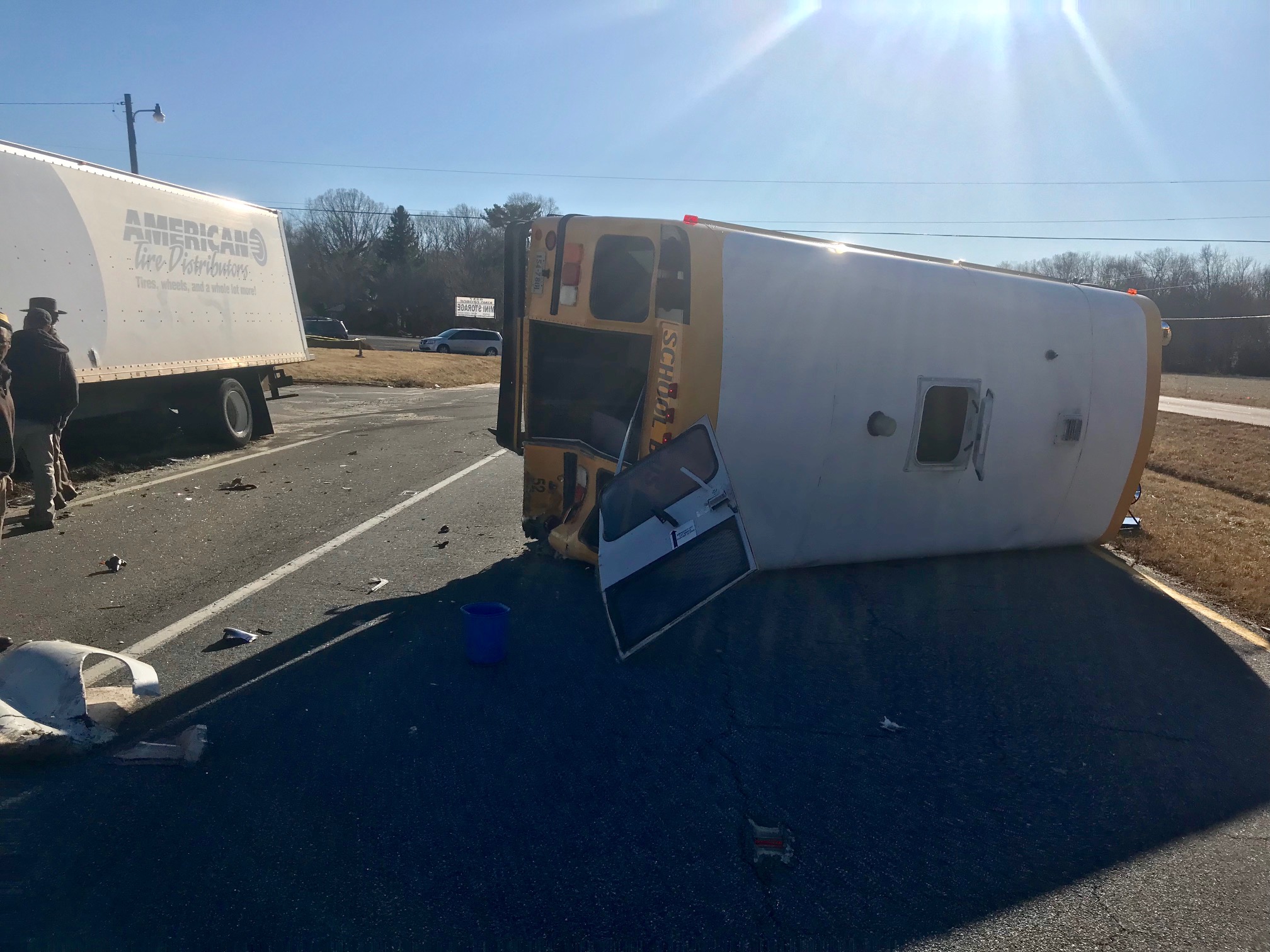 Multiple students have been transported to the hospital, either by ambulance or by their parents.

“The children have been evaluated by emergency personnel at the scene and some have been transported for treatment of minor injuries,” said Sgt. Hill.

The driver of both vehicles have been transported by Med Flight to the hospital for treatment of serious injuries.

Police on scene estimated that around 10 students were on board the bus at the time of the crash.