RICHMOND, Va. -- Dr. Wyatt Tee Walker, a civil rights leader, former Petersburg pastor, and Virginia Union graduate died Tuesday at his home in Chester, confirmed friends of the man who was the New York Times called the "chief of staff to the Rev. Dr. Martin Luther King Jr. and a key strategist behind civil rights protests that turned the tide against racial injustice in the Jim Crow South of the 1960s."

A Massachusetts native, Walker earned a Bachelor's degree from Virginia Union in 1950 and a Bachelor of Divinity degree in 1953, according to his International Civil Rights Walk of Fame biography.

Upon graduation from Virginia Union, Walker became pastor of Gillfield Baptist Church in Petersburg. A position he held for seven years and that began his career in faith and social justice.

“I remember the way he would creatively make his messages live in a way that the oldest to the youngest could understand it," said Dr. George Lyons, Pastor of Gillfield Baptist Church on Tuesday.

When Walker was President of the NAACP, he was arrested for trying to borrow a book about Robert E. Lee from the Petersburg Public Library, which was still segregated.

Pastor Lyons said that social justice and faith were hand in hand to Walker.

“I think Dr. Walker had a biblical understanding of fair, and he based his life on that," Lyon said. "He reacted when there was any unfairness where ever he was or where ever he could be.”

Walker served as the first full-time executive director of the Southern Christian Leadership Conference from 1960 to 1964, according to his Strong Men & Women in Virginia History biography. Walker was arrested during a Freedom Riders protest in Birmingham in 1961 and helped King organize the 1963 march on Washington.

He later became pastor at the Canaan Baptist Church of Christ in Harlem and served as an adviser to New York Governor Nelson Rockefeller. 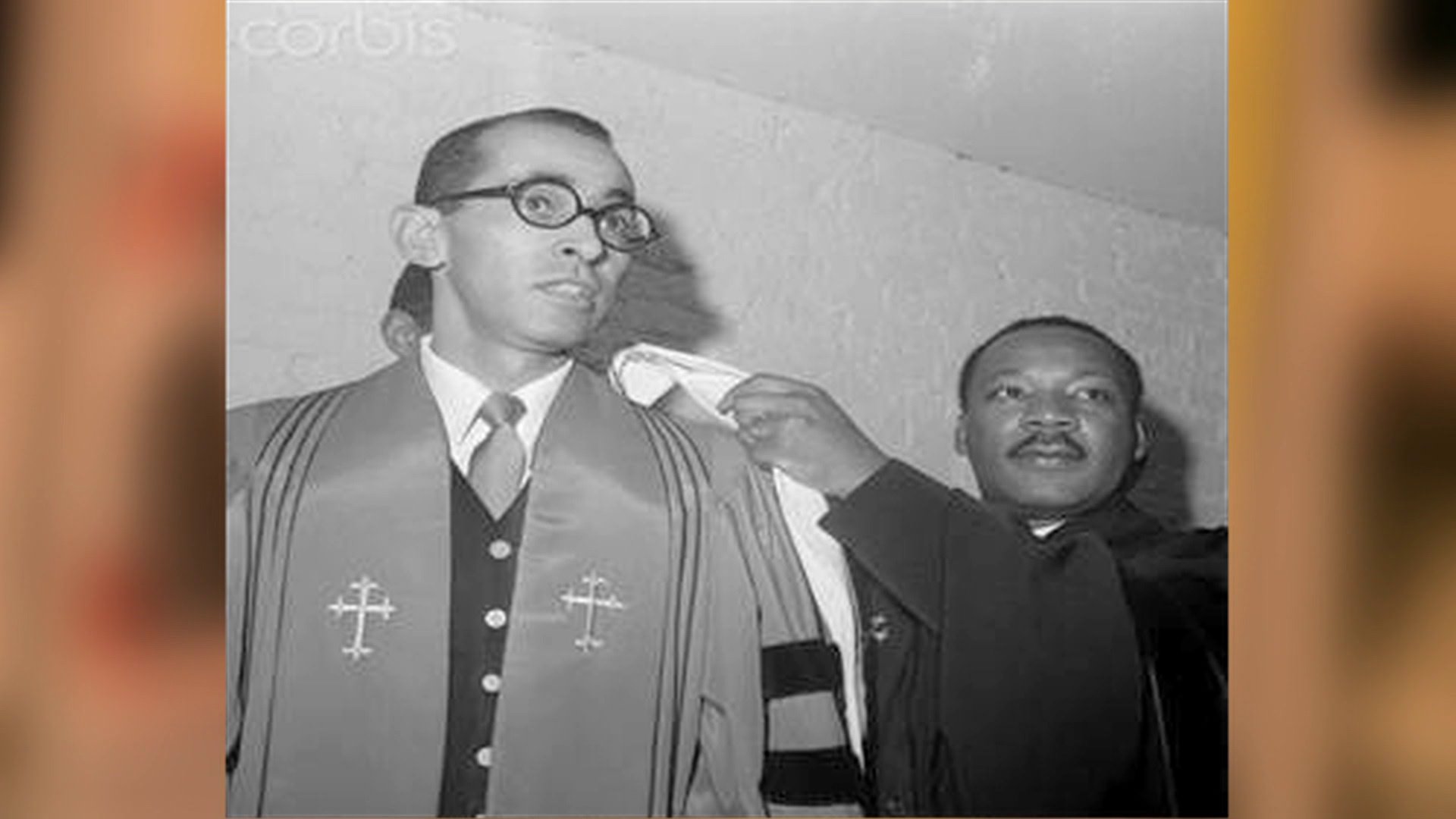 "In 1978 Walker organized the International Freedom Mobilization to protest apartheid in South Africa and later welcomed Nelson Mandela to his church in New York," his bio continued. "Walker also studied African American church music and became a nationally recognized authority on the subject. He published more than a dozen books on religious and musical subjects and later took part in documenting the Civil Rights movement."

He moved back to Virginia in 2003 after he suffered a stroke.

Dr. Walker is remembered as a champion of civil rights, a passionate speaker, and prolific writer.

"His passion for the work, he had a passion for people," recalled Reverend Dr. Robert Diggs, who spent time with Walker during his final years.

Diggs said that although Walker was confined to a wheelchair at an assisted living home in Chester, his mind was clear and sharp.

“He still went beyond those walls sharing his wisdom through writing," Diggs said.  “It’s unique that it’s January the 23rd, and January 23rd, 1964, the 24th amendment was passed abolishing the poll tax.  So he died on a significant day.”

From the pulpit in Petersburg to a jail in Alabama,  friends said they hope young people will read of Walker’s life and see how wisdom is truly built.

"The passing of Dr. Wyatt Tee Walker marks the transition of one of the greatest social justice and theological minds of our time. Walker was the first Chairman of the National Action Network and a man that mentored me as a civil rights and social justice leader, and while I am saddened by his passing, I am committed to carrying on his legacy. It is both a personal and global loss to me. May he rest in peace," Rev. Al Sharpton, President and Founder of the National Action Network, said.

Walker previously gifted his personal collection of papers, recorded sermons, and memorabilia to the University of Richmond Boatwright Memorial Library.

"We are justly proud that we were on the right side of history and can share our experiences with the general public through this partnership with the University of Richmond," Walker said at the time.