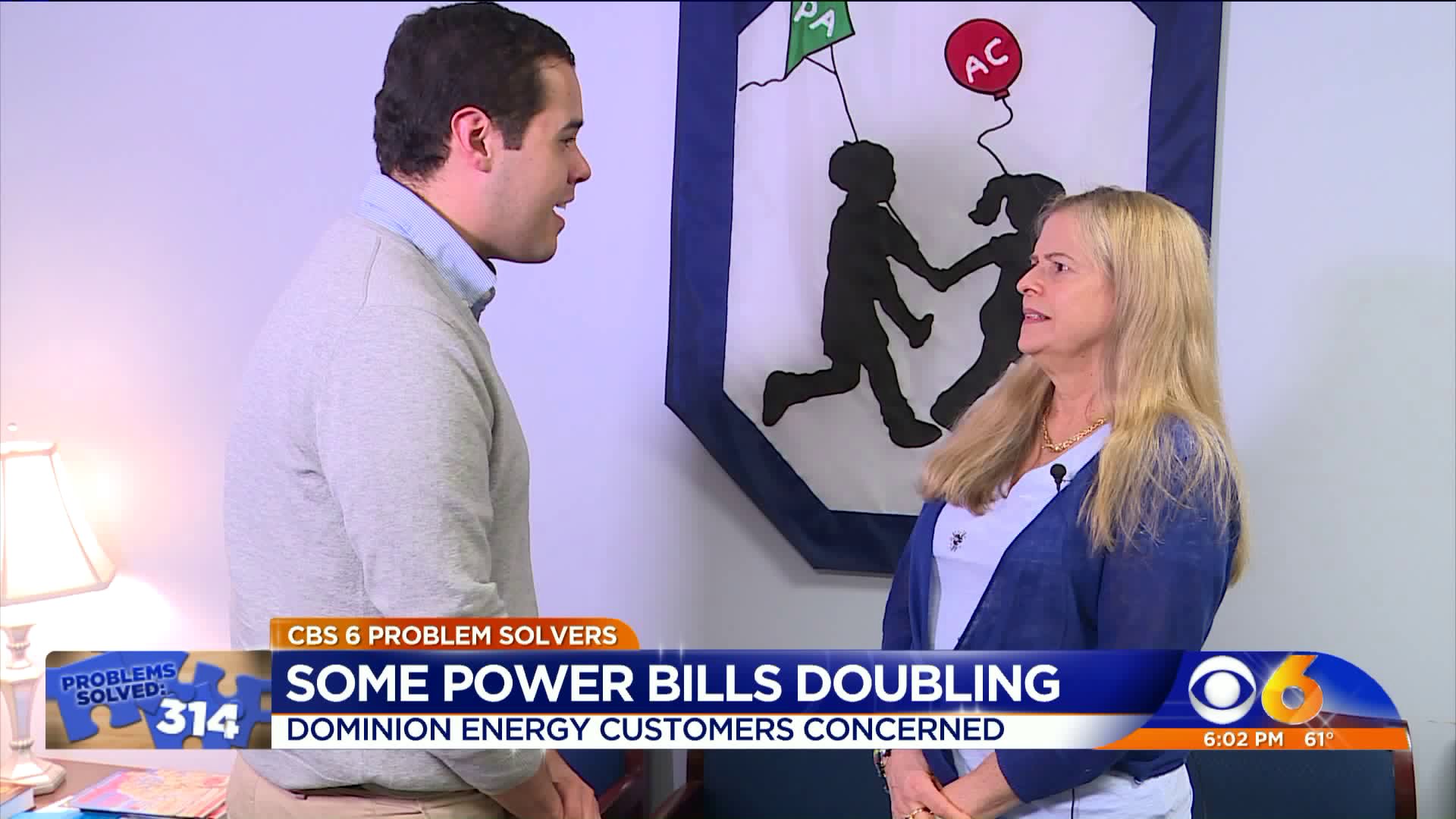 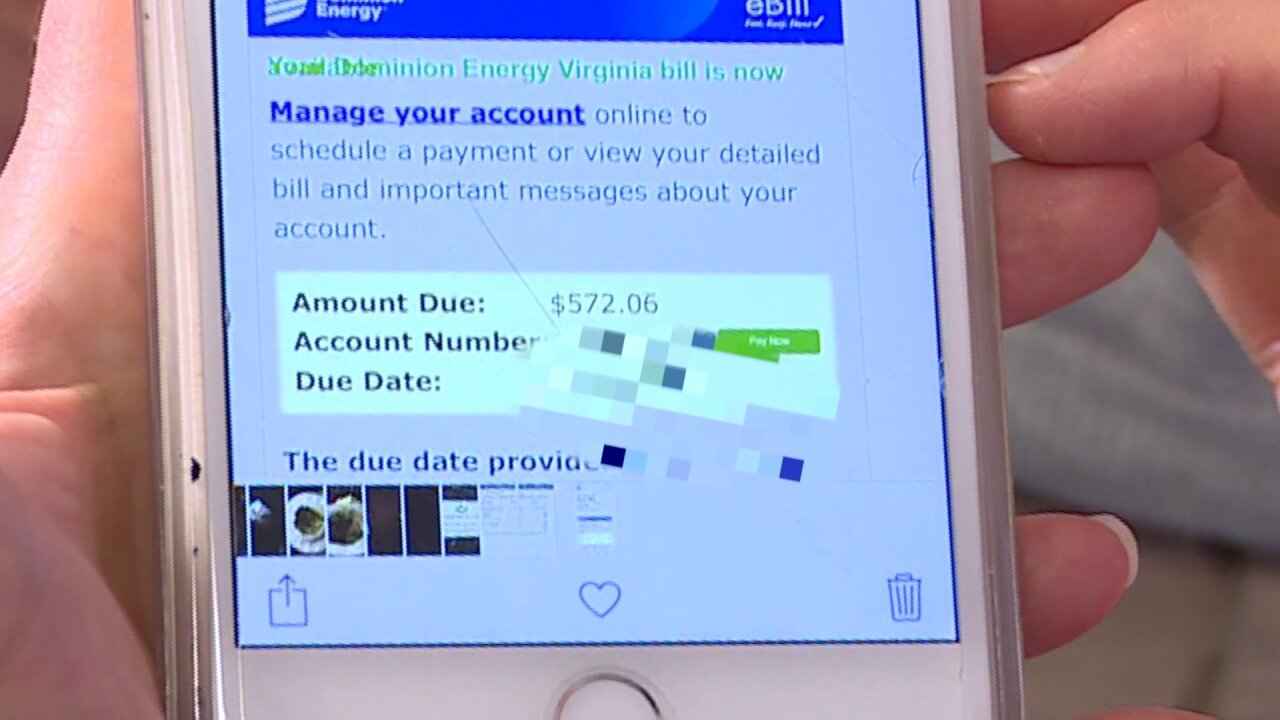 RICHMOND, Va. -- A Dominion Energy customer was shocked to receive an electric bill for hundreds of dollars more than her November bill.

"I was horrified," said Mary Megson. "It was 374 dollars more than the previous month."

Megson's electric bill for her Stratford Hills home during the month of December totaled $572.62.

"I just don’t understand the dramatic increase in my bill," Megson said. "I know it’s been very cold, but I haven’t dramatically increased the energy."

Other CBS 6 viewers expressed similar concerns that their bills from November to December had nearly doubled. Some questioned whether the electric company increased their rates.

"We don’t change the rate in the wintertime or summertime," said Dominion Energy spokesperson Janell Hancock. "The thing that changes your bill is how much you use and we can’t just help how much we use when it’s that cold."

Our meteorologists said tracked numbers do prove it was colder in December than November, which may explain for higher bills.

In December, there were twice as many nights that temperatures were below freezing and it was 10 degrees colder during the month, as a whole.

However, Megson believed she was doing everything she should do be energy efficient, including maintaining her furnace, using double-pane windows and setting the thermostat no more than 65 degrees.

"It’s a financial strain for everyone and [my bill] is almost half my mortgage," Megson said.

Dominion Energy warned customers may continue to see higher bills in January, because the company said they saw record-breaking usage during the first week of the month.

The utility company said customers used more energy during that week than any on record to keep their homes and businesses warm and set a record on Saturday, Jan. 6 for the highest demand ever in a 24-hour period.

Sunday, Jan. 7, when temps dipped below zero, was the second highest.

"If you’re really cold and you set it up 3 degrees that’s going to add about 10 percent to your bill," Hancock said. "During really cold weather it probably increases it more than that."

Dominion said many customers will see higher bills, possibly much higher, than expected as their heating systems strained to keep pace with demand, drawing higher amounts of electricity to keep running.

Dominon asked customers to contact their customer service center to get a better understanding of how their usage impacts their bill.

They also said they can work out a payment solution, with options like payment extensions, long-term payment plans, and bill payment assistance to help.