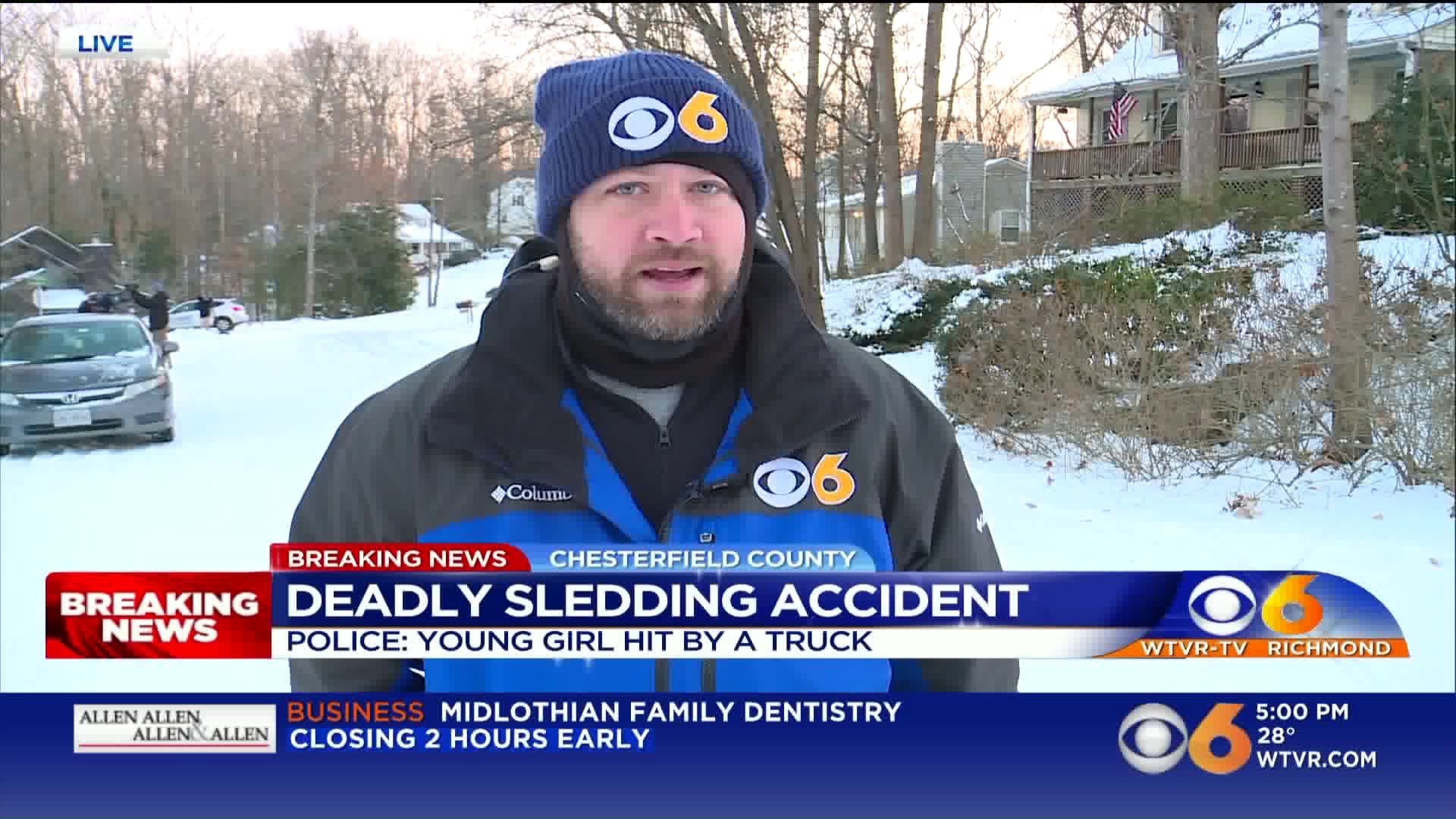 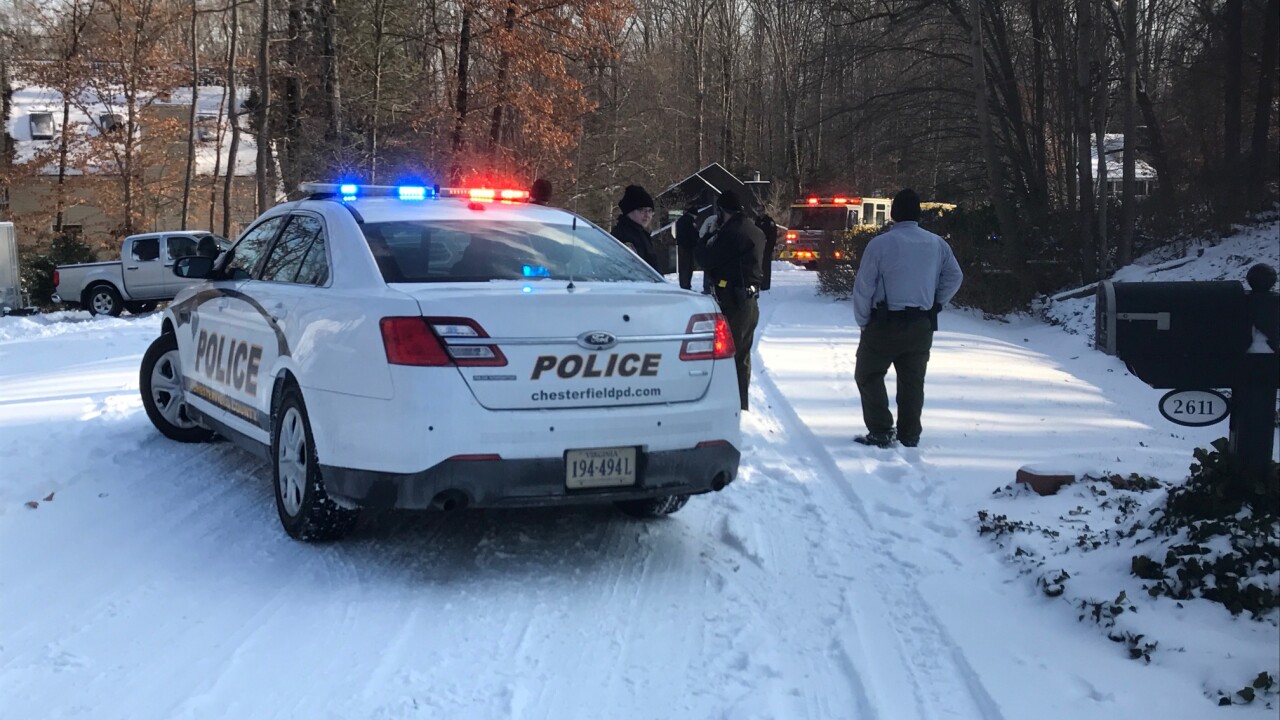 CHESTER, Va. -- A nine-year-old girl was hit by a Tacoma pick-up truck after she sledded down the driveway of a Chester home and into the street, according to police and Crime Insider sources.

The child was transported to VCU Medical Center, where she died as a result of her injuries.

The tragic incident happened before 2:30 p.m. Thursday outside a home along the 2600 block of Mistwood Forest Drive.

The girl's name has not yet been released. Crime Insider sources said she was from Jupiter, Florida, and was in town visiting family.

The driver of the truck, a man who lives in the neighborhood, immediately stopped, police said.

The crash team investigation into the crash remained ongoing. No charges were filed as of Friday morning.