Street sweeper fire snarls traffic on I-95 south near Boulevard

RICHMOND, Va. -- A street sweeper truck that caught fire along I-95 closed all of the interstate's southbound lanes about a mile from the Boulevard exit in Richmond Sunday afternoon.

"Dad, I'm really scared," a child in the car said after something exploded on the truck.

"Whew! That was hot," a woman said as they drive past the truck.

Video from the scene showed firefighters spraying the truck and grass near the interstate.

Officials said no one was injured. There has been no word yet on what sparked the fire.

VDOT reported that the interstate's left lane had reopened by 2:05 p.m., but the right and center lanes remain closed and there was a nearly two-mile backup. 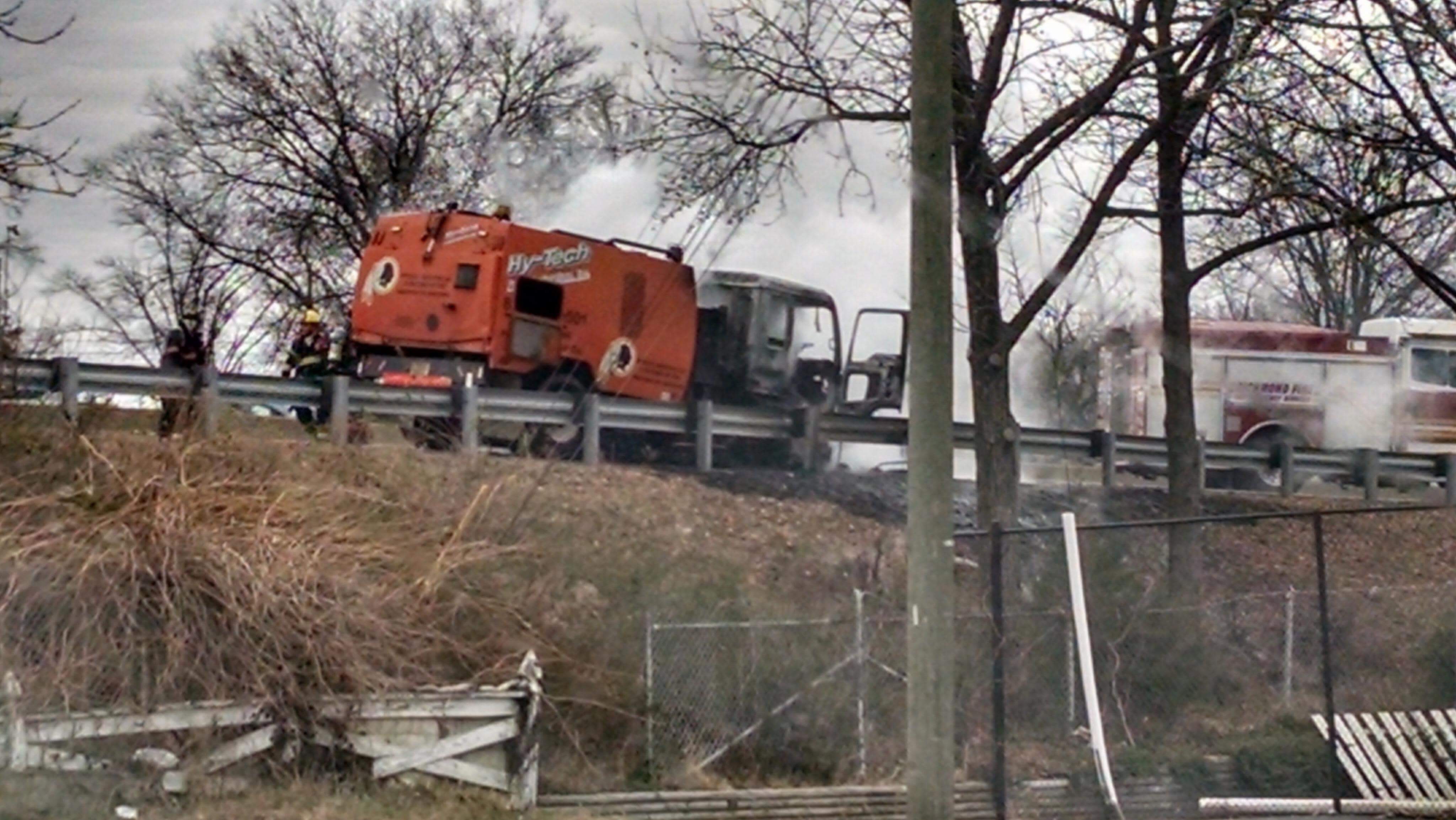