HOPEWELL, Va. -- A family in Hopewell is counting their blessings after their 17-year-old Labrador retriever, who was missing for a month, was rescued from the Appomattox River Thursday morning.

The Traylor family said they had almost given up hope that they would ever see their beloved "Cooper" again after the dog vanished 1.6 miles from the family’s home on the Friday after Thanksgiving.

John Traylor called the weeks of walking, driving, posting flyers and checking websites "torment." The family still hung a stocking for him, but admitted they had started to lose faith as Christmas passed.

But then a man kayaking on the Appomattox Thursday morning called the fire chief about a dog he spotted in a marsh area near a duck blind on the river. 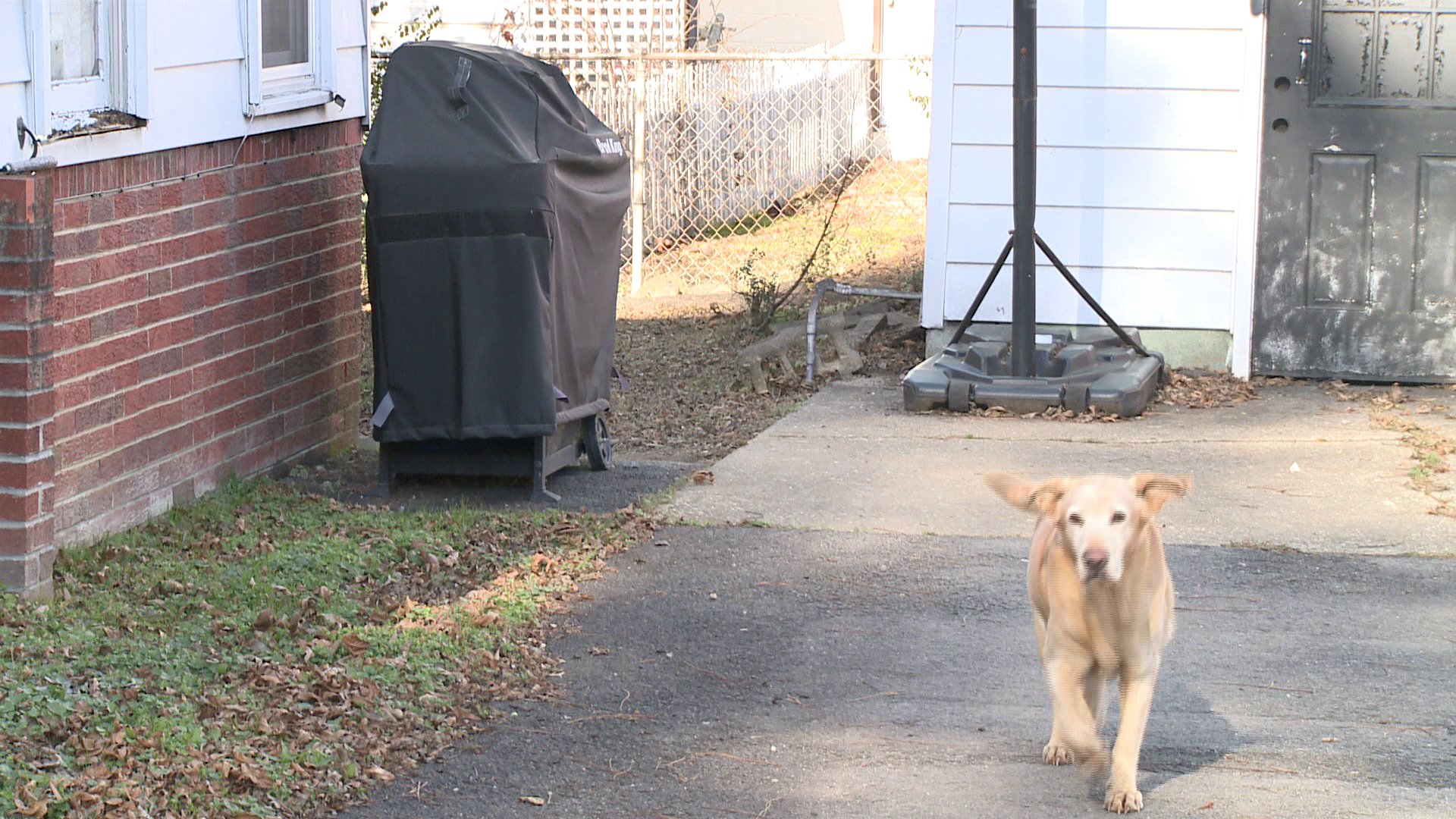 Hopewell fire officials, who launched their boat and located the animal, said he was apprehensive at first.

But animal control officers were patient and were able to coax “Cooper” closer with treats.

And after about 20 minutes, they got him into the boat.

"Cooper" in the boat.

"He relaxed where we were able to take that off of him and put a regular leash on him and at that point he was happy-go-lucky," Hoak said.

And for the first time in more than a month, “Cooper” saw his owner and minutes later he was back at home.

“I think I held onto him for about 5 or 6 minutes before i even looked up,” Traylor said.

For Cody Traylor, getting his dog back was more than a miracle.

“Beyond, it's something beyond words, beyond anything,” he said.

The family said that “Cooper” is skinnier now, but other than a small cut on his front paw the senior dog appears to be fine.

Hoak said the rescue came at just the right time because she isn't sure “Cooper” could have made it much longer with the arctic air that has settled into Central Virginia.

"It was a win for our hearts,” Hoak said. “Everyone likes to have a good miracle at the end of the year and go into a new year just as happy."