How long arctic air will stick around; when we may see few flurries❄️

RICHMOND, Va. --  A cold front passed through Virginia early Wednesday morning, and the coldest air since last January has moved in behind it.

Low temperatures Thursday morning dropped into the teens across the metro with some isolated single digits in western Virginia.  A breeze produced wind chills 0° to 10° in the morning, and chills will stay in the teens to lower 20s in the afternoon.

This first lobe of arctic air will lessen slightly Friday and Saturday before another blast of even colder air arrives for early next week. 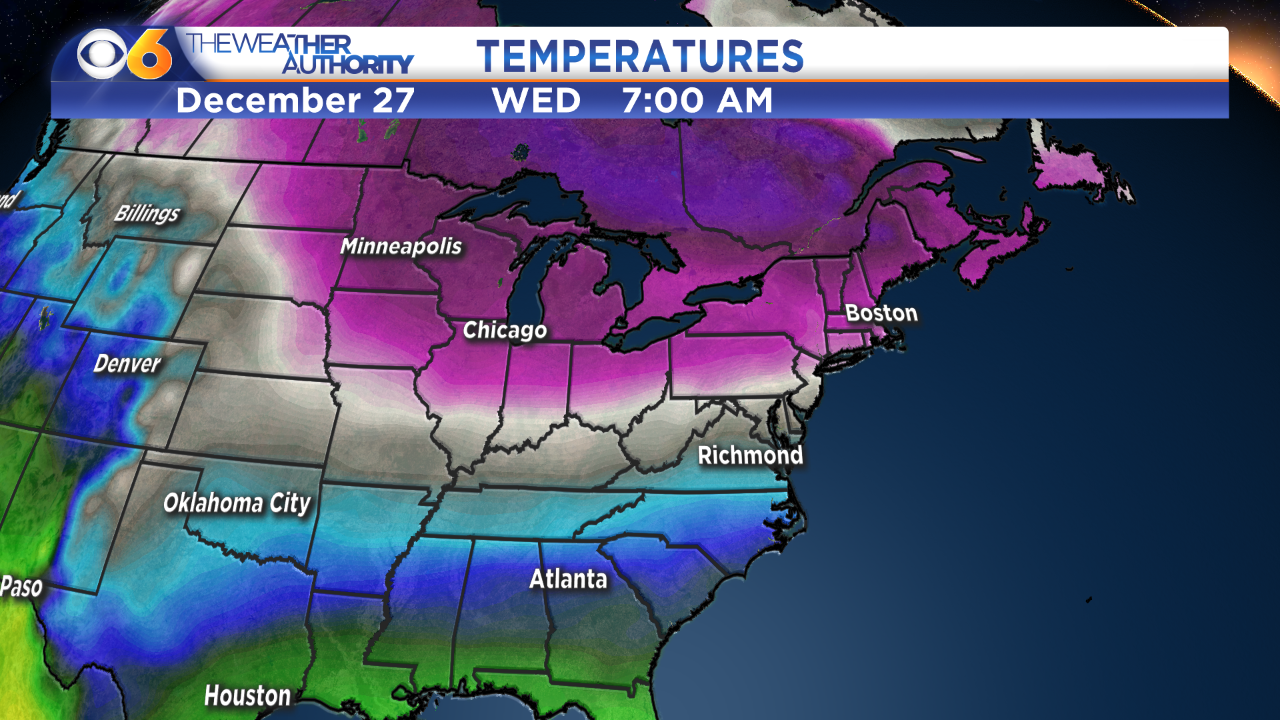 Highs Sunday through Tuesday will range from the mid 20s to around 30, and overnight lows will be in the single digits and teens.

It will be cold for New Year's Eve with temperatures in the teens and lower 20s around midnight.

In terms of precipitation, we may see a few flurries on Friday, and a few snow showers are possible north of Richmond on Saturday.  Snow prospects for early next week are low, but computer models are suggesting the chance for some snow Wednesday or Thursday.  It's important to keep in mind that the models were showing bigger storms six to seven days out during the past two weeks, and neither storm materialized.