SPOTSYLVANIA, Va. – Virginia State Police say a South Carolina a man is police custody after shooting at troopers and leading law enforcement on a chase up Interstate 95, exceeding 120 miles per hour.

State Police say the driver of a 2015 Ford Escape, identified as Jerrell C. Richardson, 21, of Greenville, S.C., was suspected of stealing the vehicle at gunpoint at a Thomasville, N.C. gas station earlier Monday evening.

“The incident began at approximately 8:40 p.m., Dec. 25, when Virginia State Police received a Be On the Look Out (BOLO) bulletin from the Dinwiddie County, Va. Sheriff’s Office for a 2015 Ford Escape,” said a State Police spokesperson.

While in Dinwiddie, Richardson stopped at the McKinney Food Barn and fired three shots, before fleeing the store, according to the Dinwiddie County Sheriff’s Office. Photos captured by CBS 6 Tuesday shows three bullet holes in the door of the store.

Deputies say the suspect then returned to the store to force open the door. After the unsuccessful attempt, he fled the store again, said deputies.

They say the suspect then robbed the Davis Truck stop on I-85 South at gunpoint, before heading north towards Richmond. 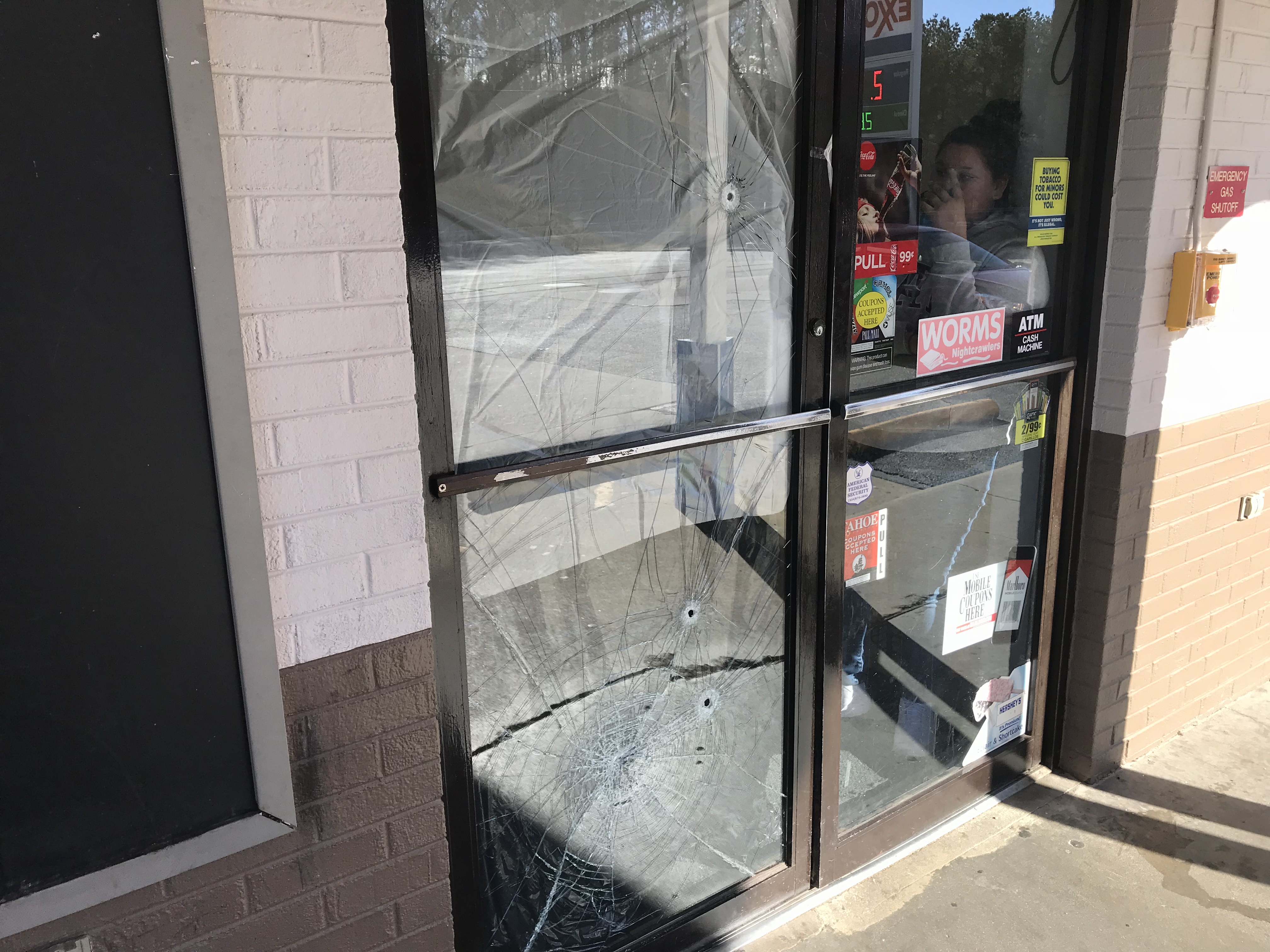 At approximately 9:40 p.m., Henrico County Police and troopers located the vehicle at a gas station on Chamberlayne Avenue, near Route 301.

The chase continued north on I-95 with the Ford Escape reaching speeds in excess of 120 mph.

As the chase entered Spotsylvania County, Richardson is accused of ramming a state trooper’s vehicle at least twice. At the 119-mile marker, police say Richardson bailed from the Ford Escape as it was still moving

During a foot pursuit, State Police say Richardson shot at troopers. One trooper returned fire, but Richardson continued on foot into a wooded median.

“Interstate 95 was consequently closed in both directions for the safety of all motorists and a perimeter established to contain Richardson within the median,” said a state police spokesperson. “State police K9 and tactical teams along Fairfax County Police Aviation responded to the scene to search for the armed subject.”

Around 12:50 a.m., Richardson was located and surrendered to state police. State police did recover a firearm at the scene and marijuana from inside the stolen Ford Escape.

Investigators discovered that Richardson had been shot during the exchange of gunfire with the trooper. He was transported to Mary Washington Hospital in Fredericksburg with non-life-threatening injuries.

He was treated and released into police custody Tuesday morning.

No Virginia State Police troopers or motorists were injured during the pursuit or shooting.

The incident is still under investigation.

The 21-year-old has been charged with on one felony count of eluding police, one felony count of assault on a police officer, possession of marijuana, driving without a valid operator’s license, reckless driving and operating a vehicle without headlights.

Richardson is being held without bond at Rappahannock Regional Jail.