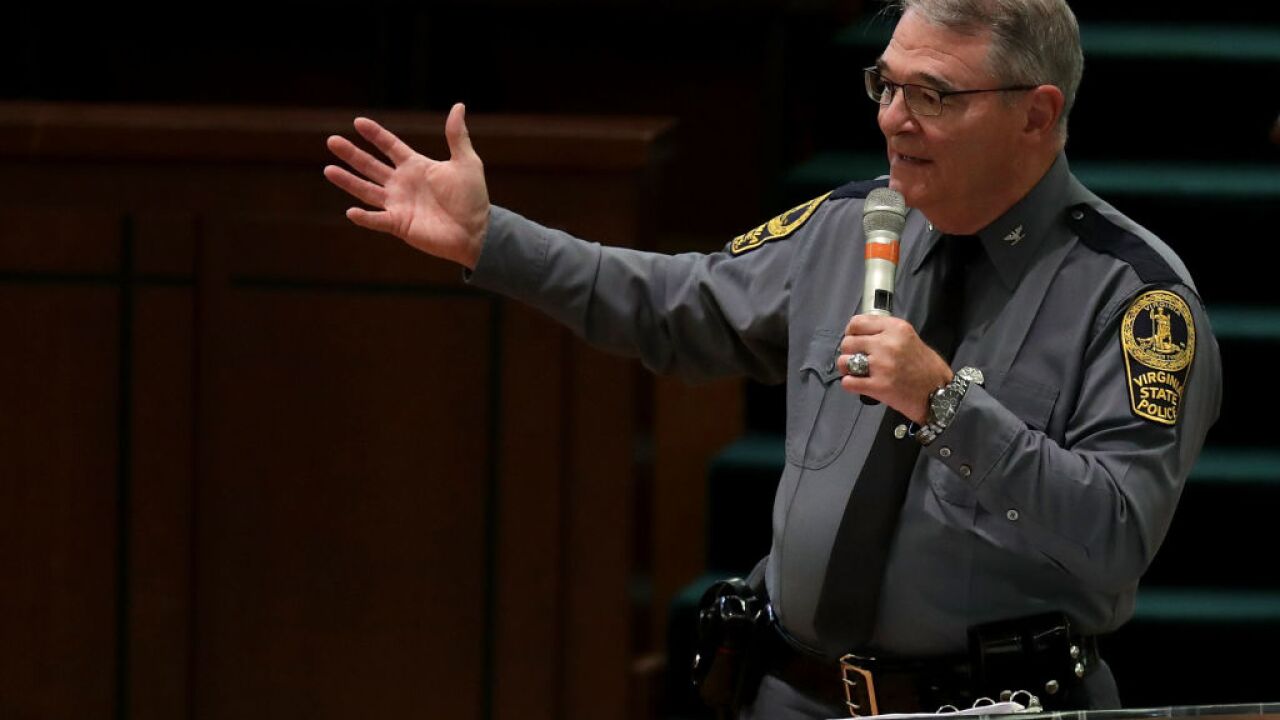 Flaherty was one of the longest serving superindents Northam said, as he applauded Flaherty’s leadership.

“I appreciate your leadership,” Northam said, as he named the multiple tragedies Flaherty has experienced during his 42 years of service with law enforcement.

Flaherty was a major in charge of state police operations who supervised troopers at the Pentagon during 9/11,  and he served as superintendent during the Virginia Tech massacre.

Lieutenant Colonel Gary Settle will be the new Superintendent of Virginia State Police.

Settle had been leading the Bureau of Criminal Investigation (BCI) since January 2017.  His law enforcement career began 33 years ago, in 1984, according to the VSP. He first served as a deputy with the Rappahannock County Sheriff’s Office. He joined the state police in 1986, left 10 years later to serve as  Rappahannock County sheriff and in 2000 he returned to state police.

During his tenure with state police, Settle has served as a special agent, sergeant, first sergeant, field lieutenant, DES lieutenant and captain, while assigned to the state police Culpeper and Wytheville divisions. He was appointed to BCI captain of the Culpeper Field Office July 25, 2010. Settle earned a Master’s in Homeland Security and Defense from the Naval Postgraduate School in Monterey, Calif., and holds a bachelor’s degree in Criminal Justice Administration. The Rappahannock County native also completed the University of Virginia National Criminal Justice Command College and the National Sheriff’s Institute Executive Management Program in Colorado.