RICHMOND, Va. – Police are asking for the public’s help to identify the suspect who police say held a store employee at gun point earlier this month.

The armed robbery occurred on the afternoon of Sunday, December 3 at a business in the 1500 block of Jefferson Davis Highway. Police said officers responded to the business for a report of a robbery shortly after 1:30 p.m.

“Officers were told the suspect entered the business, immediately pointed a handgun at an employee, and told the victim to give him all money from the register and anything the victim had on him,” said a police spokesperson. “While there was no money in the office desk at the time, the victim handed his personal belonging to the suspect. The suspect fled the scene toward the area of Mimosa and Columbia Streets. No injuries were reported.” 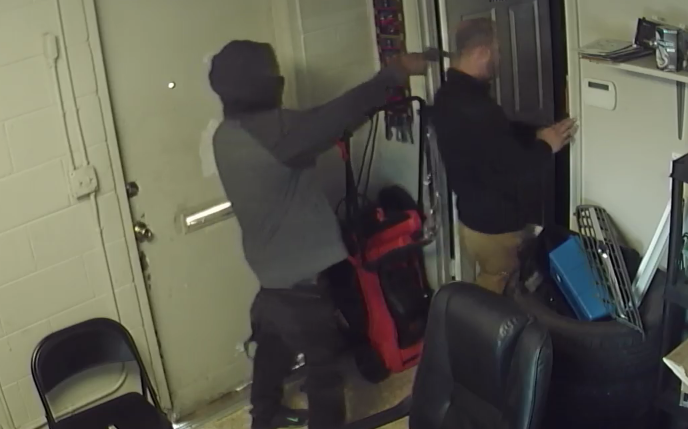 Surveillance photos show the suspect pointing a handgun at the store employees’ head.

The suspect is described as a black male with a slim build. In surveillance photos, he is seen wearing a gray pullover hooded sweatshirt with charcoal sleeves, dark jeans, dark Nike tennis shoes and a dark backpack with blue handles.