Microsoft surprises boy who gave up Xbox to donate blankets 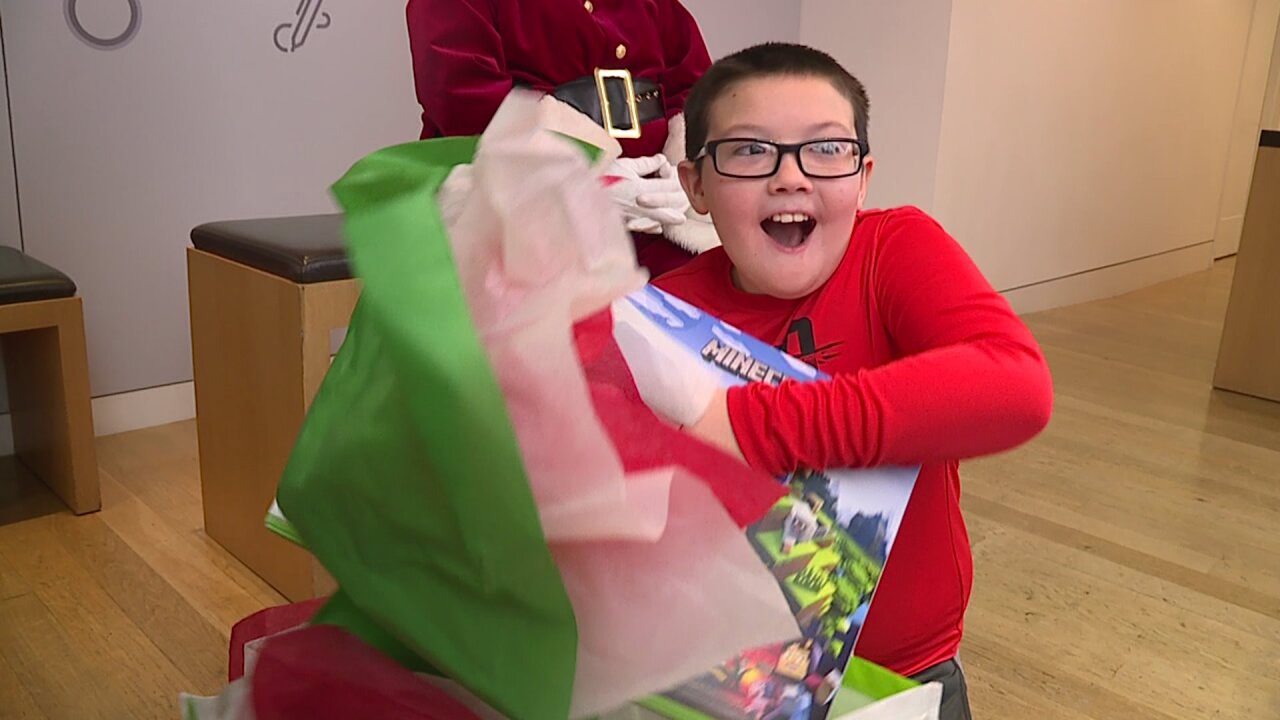 BEACHWOOD, OHIO -- It's a lesson in giving that will last a lifetime. In an often self-centered world an Ohio 9-year-old gave up a big-ticket Christmas gift to pay it forward to people he saw wandering in the cold.

Mikah Frye's actions not only caught the attention of those who received his donation but also the eye of a billion dollar company who planned a big surprise at Beachwood Place Saturday in his honor, WJW reports.

"When they called and told me I was just instantly crying on the phone and I couldn't believe it," said Mikah's grandmother Terry Brant recalling when she learned about the surprise. "What's harder was not telling him."

Fox 8 first introduced you to Mikah's family earlier this month when he decided to give up an Xbox in exchange for purchasing more than sixty blankets for the less fortunate. Since then Microsoft got wind of Mikah's selflessness and wanted to repay his kindness.

Employees led him to the back of the store where Santa was waiting to help present two big bags full of gifts, including an Xbox. After combing through all the items Mikah began to cry, along with family members reflecting on their good fortune and obstacles they have overcome.

"He knew what it was like to not have a blanket at night and have to give it back," said a tearful Brant. "So the first thing he wanted to do is give a blanket that they could keep."

Brant says Mikah's parents fell on hard times a few years ago and lost their home. They stayed at an emergency shelter for several weeks before finding another place to stay.

"Not only will they have a nice warm blanket that they get to keep, everybody will get a blanket, but they're wrapped in Christ's love as well as Mikah's love," said Cathy Thiemens, the executive director of the Ashland Church Community Emergency Shelter Services during an interview earlier this month.

Now the same shelter that helped Mikah's family is distributing his donated blankets with a special note from him attached to each one.

"It's just amazing, it's a blessing, Mikah is a blessing to our family and we thank you very much," said Brant.