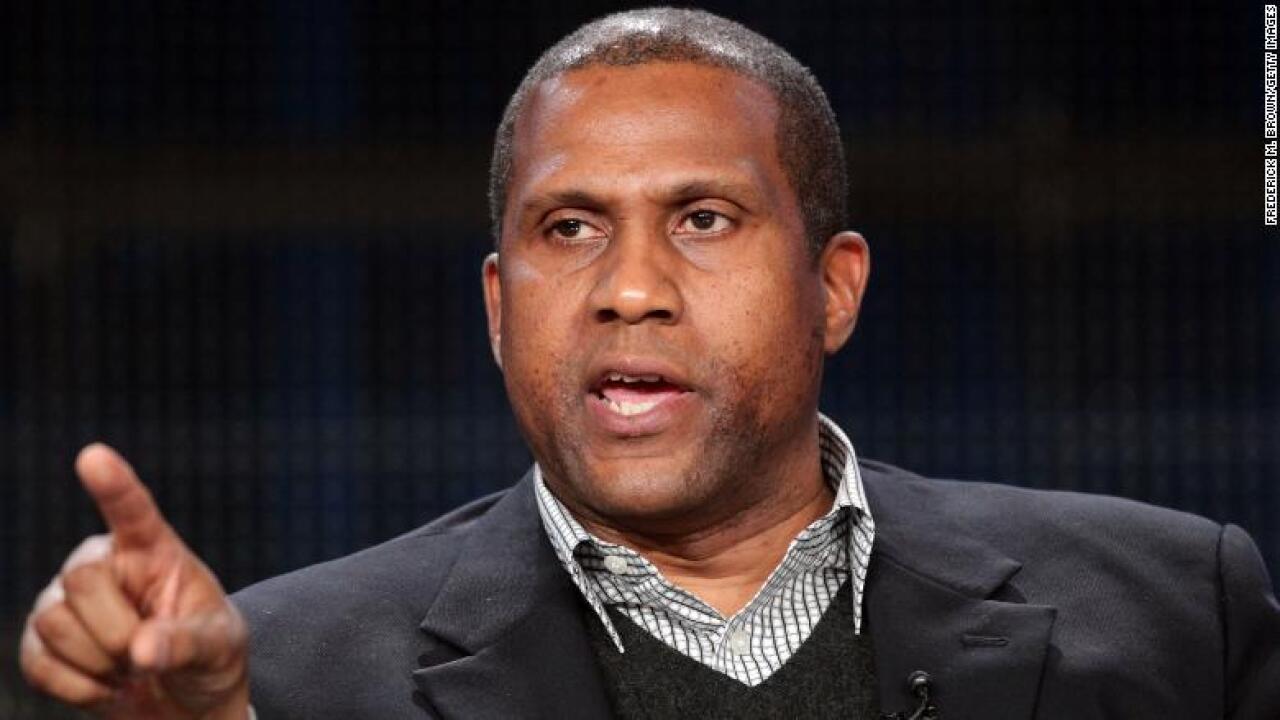 Tavis Smiley speaks during the ‘Tavis Smiley’ panel at the PBS portion of the 2011 Winter TCA press tour held at the Langham Hotel on January 9, 2011 in Pasadena, California.

PBS has suspended distribution of “Tavis Smiley” amid “troubling allegations” against the news show’s namesake host.

The organization said Wednesday that it had hired an outside law firm to handle an investigation into the matter.

“The inquiry uncovered multiple, credible allegations of conduct that is inconsistent with the values and standards of PBS, and the totality of this information led to today’s decision,” a statement from PBS reads. No details about the allegations were released.

Smiley did not respond to a request for comment.

Tavis Smiley, 53, is a longtime radio commentator, TV talk show host and author. His 30-minute interview show, “Tavis Smiley,” has aired weeknights on PBS since 2004. Walmart is among the sponsors that help fund the show, according to the show’s website.

PBS is the distributor for Smiley’s show, but it’s produced by TS Media, Smiley’s production company. Smiley is not employed by PBS.

TS Media could not be immediately reached Wednesday.

Smiley’s career includes a stint hosting a TV show on Black Entertainment Television in the 90s as well as a commentator at National Public Radio, ABC News, and CNN. In 2002, he became the first black man to host a show on NPR.