Truck hauling 7 cars crashes on I-295 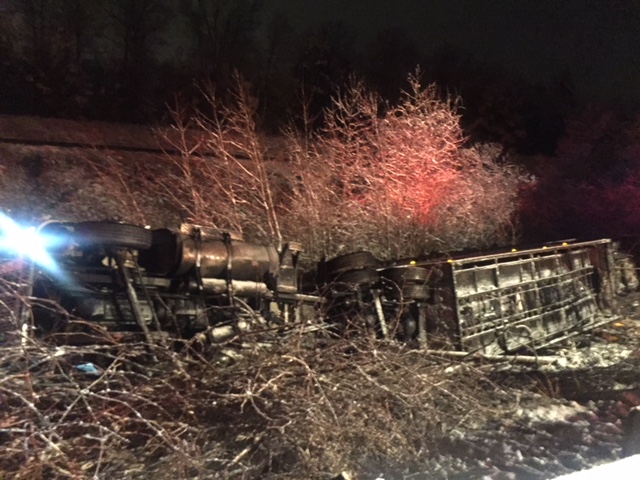 “Virginia State Police responded to reports of an overturned tractor trailer hauling several vehicles on southbound I-295 at the 28 mile marker, just south of Rt. 60 in Henrico County,” Virginia State Police spokesperson Sgt. Keeli Hill. “The Troopers preliminary report reveals the driver, Larry Cruz, of Miami, Florida lost control running off the right side of the roadway into a ditch forcing the tractor trailer to turn over on its side.”

Cruz was not hurt in the crash.

He was hauling seven cars at the time of the crash.

The accident was reported at about 1 a.m.