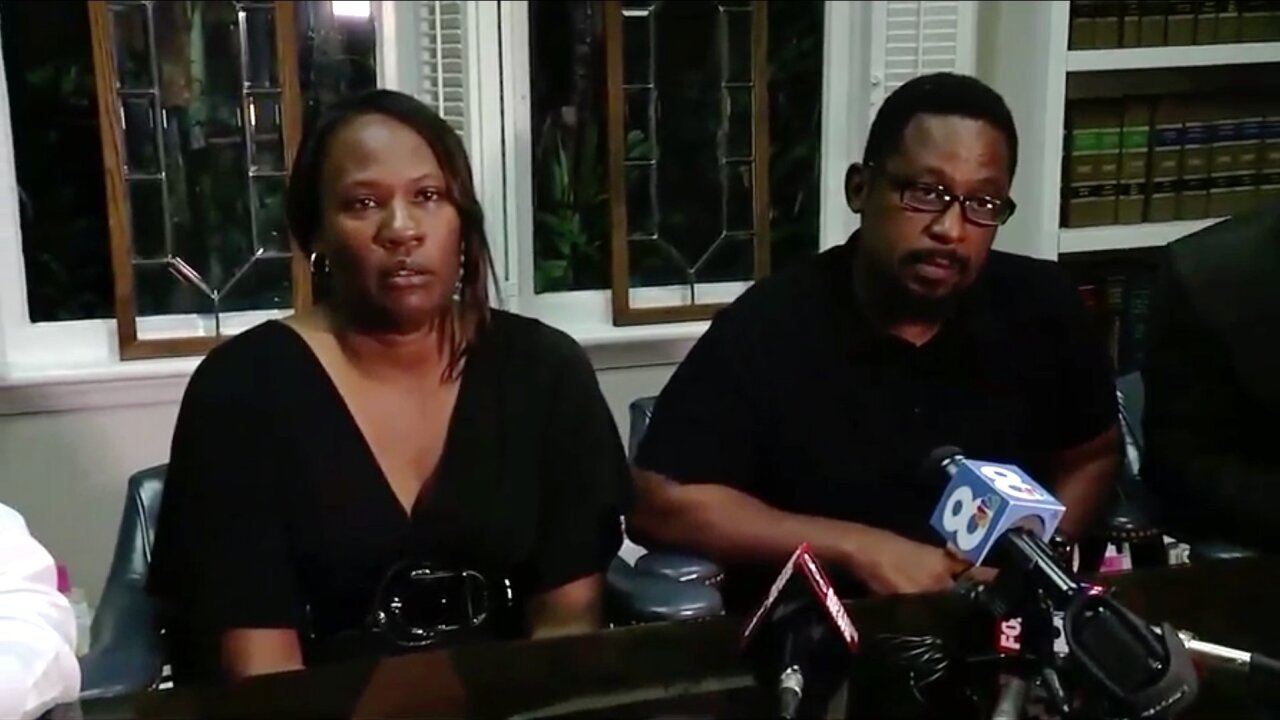 Rosita Donaldson and Howell Donaldson Jr., spoke after their son was arrested and accused of killing four people in Tampa, Florida.

Rosita Donaldson and Howell Donaldson Jr., spoke after their son was arrested and accused of killing four people in Tampa, Florida.

The man accused of killing four people in a Tampa, Florida, neighborhood has been indicted on four counts of premeditated murder with a firearm, Hillsborough State Attorney Andrew Warren said Thursday.

The indictment was announced hours after a state court judge ordered the parents of suspect Howell “Trai” Donaldson III to appear in court on January 5 to “show cause” on why they shouldn’t be held in civil contempt for refusing to answer investigators’ questions about the case.

Their 24-year-old son was arrested last week and accused of killing four people, seemingly at random, in Seminole Heights in October and November.

Warren said the victims’ families were notified Thursday after a grand jury handed up the indictment. Donaldson will be arraigned Tuesday.

“The indictment means the grand jury has found that probable cause exists that the defendant committed each of these four murders,” he told reporters.

Anthony Naiboa, Monica Hoffa, Benjamin Mitchell and Ronald Felton were shot and killed in separate incidents as they walked alone at night.

The killings shocked the community, with police swarming the area amid fears that a serial killer was on the loose.

Earlier Thursday, an attorney for one of Donaldson’s parents said during a hearing that they are considering leaving town after receiving death threats.

The Hillsborough County State Attorney’s Office, in court motions, accused the parents of indirect criminal contempt for refusing to answer questions after being served with a subpoena. Investigators tried to question the parents about their son’s background and state of mind.

“The state’s position is there is no privilege derived from either Constitution or statute which allows them to avoid answering questions and that their willful failure to answer questions is a contemptuous acts of the authority of this court,” prosecutor Jay Pruner told the court Thursday.

Judge Margaret Taylor, who questioned whether the state’s goal was to punish the parents or to get them to comply with subpoenas, ruled that the couple must “show cause” that they shouldn’t be held in civil contempt.

Attorney Ralph Fernandez, who represents the suspect’s mother, said the Donaldsons have been devastated since the arrest of their son last week. They have not been able to sleep or “think cogently and clearly.”

He said the couple are like hostages in their own home after receiving death threats. They are considering moving and fear for the safety of a younger child. Fernandez said one caller to his office left a message threatening to hang both the lawyer and the suspect from a tree outside his window.

The couple, during their meeting with investigators, knew “they were not going to answer questions that would lead to the execution of their son,” Fernandez told the judge.

“It’s implicit … that they want something from them that will perfect the case so that, perhaps, their son is executed and it’s one of these concepts that is very difficult for any parent,” Fernandez said of the state.

After the hearing, Fernandez told reporters that the contempt case amounted to putting “family values on trial.”

“I don’t think that there is a greater treasure than the family,” he said.

“I want each of you who have children to tell me … what would you do if police came to tell you that you had to testify against your child?”

Donaldson was taken into custody last week, 51 days after the first killing, when a co-worker at McDonald’s tipped off police about his handgun. Police detained Donaldson and determined that his firearm was used in all four killings, according to the criminal affidavit. Cellphone location data also connected him to areas near the killings when they occurred, the affidavit stated.

He faces four charges of murder and could receive the death penalty if convicted. Donaldson waived a formal hearing on his pretrial detention, so he will be held without bond for the charges, according to a court order released Monday.

‘We believe in him’

Speaking at a news conference alongside attorneys last week, Donaldson’s parents said they had not seen their son since his arrest but wanted to offer him their love and support.

“He needs to know that we love him and we support him and we need to see him,” Rosita Donaldson said.

“We believe in him, and we’re here for him,” she added.

Howell Donaldson III graduated from St. John’s University in New York in January 2017 and was a walk-on for the men’s basketball team during the 2011-12 season, according to Brian Browne, executive director of university relations.

Attorneys for the family declined to comment on whether they had seen the surveillance video of the suspect that police released weeks ago. Instead, the parents spoke emotionally about their family and the families of the victims.