HOPEWELL, Va. -- Authorities are searching for the man who torched the Christmas tree across from City Hall on Main Street in Hopewell Thanksgiving morning.

Police and fire crews were dispatched to the Ashford Civic Plaza at 300 North Main Street at 7:30 a.m. after a report that the city's "Holiday" tree had been "purposely set ablaze."

"We received a phone call from a citizen who said that the tree was on fire," Hopewell Interim City Manager Charles Dane said.

Lt. Michael Langford with Hopewell police said the suspect used a small bottle with gas to start the fire.

"Fortunately, the person who saw the crime managed to pull the glass jar away and stopped the fire from burning," Dane said. “There is no way this was accidental.”

Langford said the blaze was put out and that only a small section of the tree was damaged.

While the damage may appear minimal, officials said the fire compromised the lights for the entire display.

Dane said the city's "Light Up the Night" holiday event on Dec. 3 will go on as planned.

“If we have to light this tree with flashlights, candles and cellphones, we’re going to have our tree lighting," Dane said. "Because we’re not going to disturb the celebration of love and unity in this community during this holiday season over something senseless like this.” 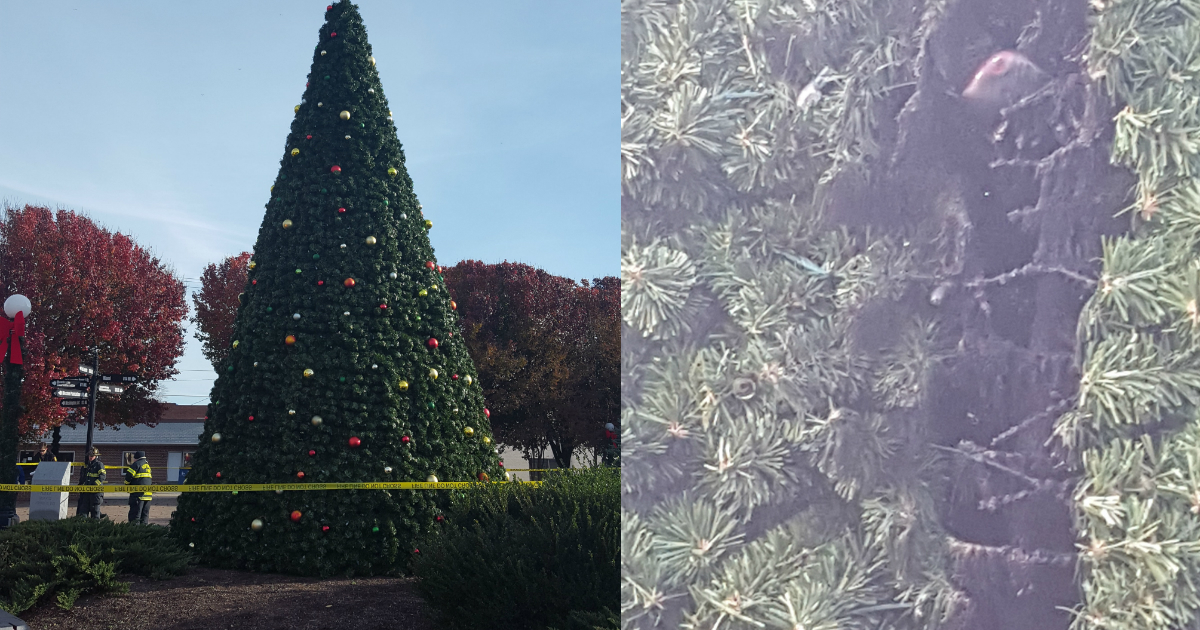 Few details were available about the suspect. He was only described as a male wearing dark-colored clothing who was last seen on Randolph Road and Main Street.

Officials said the incident is being investigated as arson and that detectives are following up on leads.

If you have information that could help investigators, call the Hopewell Police Department’s Criminal Investigation Unit at 804-541-2284. Additionally, any person(s) who have information on this or any other crime in the City of Hopewell may contact the Hopewell/Prince George Crime Solvers hotline at 804-541-2222 or provide a tip via the new P3tips.

Please SHARE on social media to SPREAD THE WORD!
37.303871 -77.287521
Copyright 2022 Scripps Media, Inc. All rights reserved. This material may not be published, broadcast, rewritten, or redistributed.