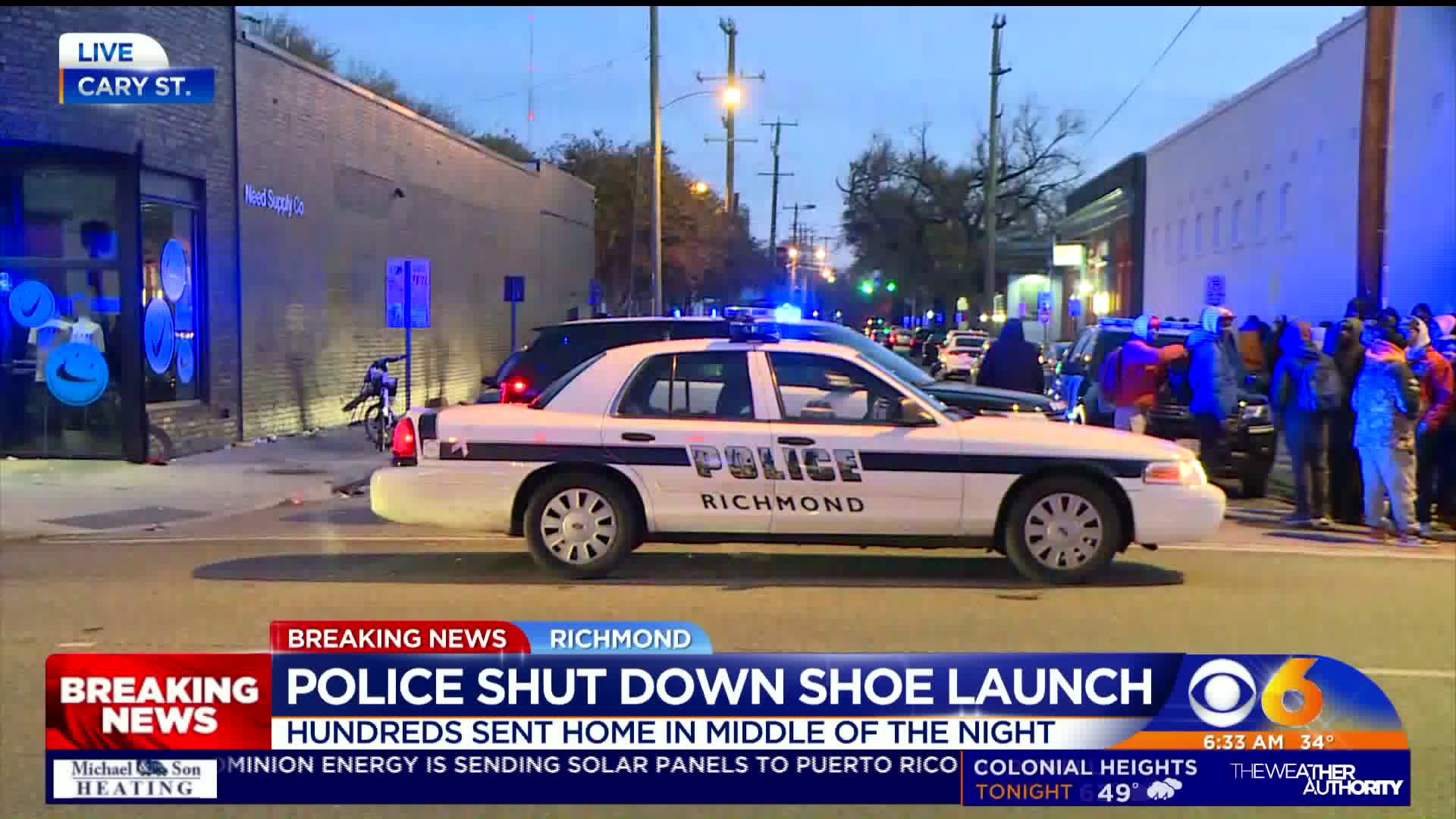 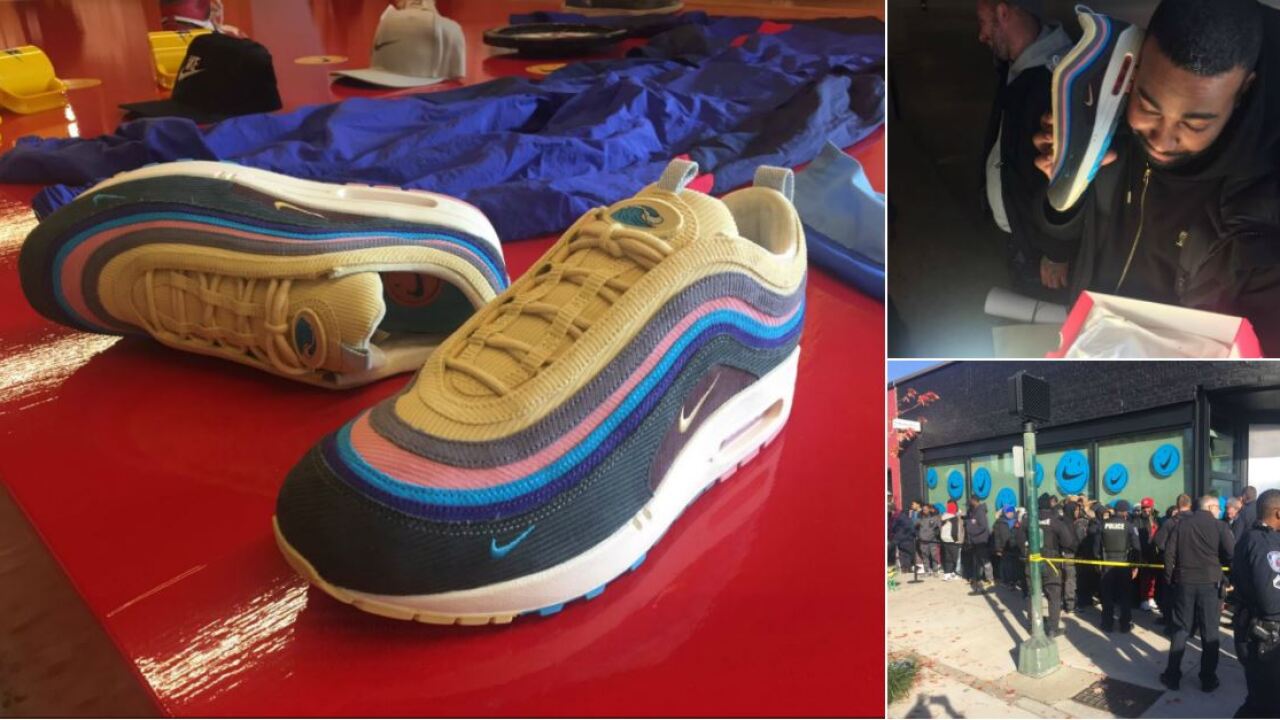 RICHMOND, Va. – Need Supply Co. canceled its much anticipated sale of a new Nike shoe designed by a local resident after police said crowds became uncontrollable, and the store decided to cancel the event.

People from as far away as New York, Ohio and Florida lined up outside the Carytown stores for hours, waiting for the Nike Air Max 97/1 sale to start at 10 a.m. Tuesday.

The shoes are designed by  Sean Wotherspoon, who won a Nike contest“RevolutionAir” that brought together 12 of the world’s most influential creatives to reimagine the Air Max. Wotherspoon’s 90s-inspired corduroy design was a hit with voters. A sample pair of the shoes sold on eBay recently for $96,000.

Tuesday marked the first time – anywhere – that the shoes were offered for sale to the public. Wotherspoon is a Virginia native who now lives in Los Angeles.

Need Supply Co. hired two off duty officers, but 25 more officers were called out overnight Tuesday to help control the growing crowd. Police said that crowds of over 500 people showed up Monday evening and around 4 a.m. police sent people home.  A store manager started to hand out wristbands when the crowd got crazy and people tried cutting the line.

Richmond was the first city in the world to publicly release the Air Max 97/1s. Wotherspoon will head to L.A. for the West Coast release on Wednesday. The shoes will be released to the public in March 2018.

Police said they planned on keeping additional officers on scene through the morning, in case more people showed up.

Around 30 people were given wristbands to buy the shoes. On Tuesday morning, Need Supply Co. opened the doors to allow people to go in four at a time to purchase the shoes. There are still people lined up on Belmont Avenue and across the street, who hopethey too can also get the shoes. But Need Supply Co. has made it clear that only the 30 with wristbands can buy them.

This is what a pair of $96,000 shoes looks like. Photo courtesy of Need Supply Co.

Collectors from as far away as Ohio and New York drove in for the release.