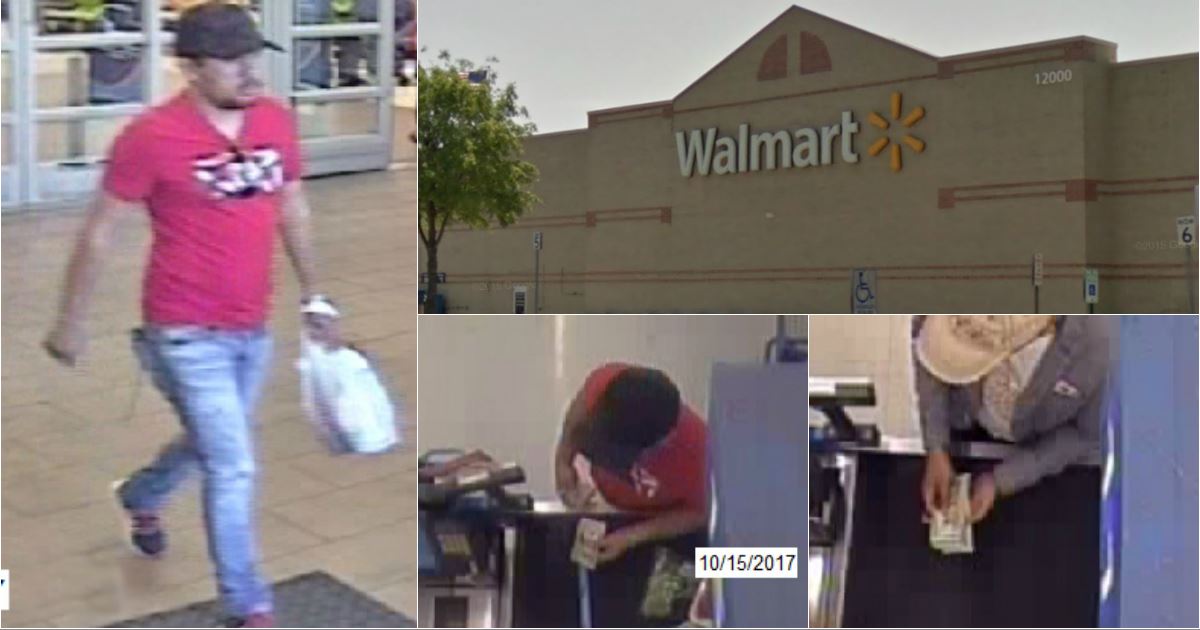 CHESTER, Va. — A man posing as a Walmart shopper walked out of a Chesterfield location with two laptop computers and the money he initially used to pretend to pay for the items.

The man, police said, brought the laptops to the cash register at the Walmart on Iron Bridge Road, Sunday October 1.

“He handed cash to the clerk, but there was not enough cash for the full purchase. As the suspect and clerk exchanged money back and forth, the suspect was using constant motion and talking to distract the clerk,” a Chesterfield County/Colonial Heights Crime Solvers spokesperson said. “By the end of the exchange, he had pocketed most of the money and walked out with both computers.”

“This time, the male suspect brought gift cards to the register. Using the same distraction technique, he pocketed money and the gift cards,” the spokesperson added.

Anyone with information about these situations was asked to call Crime Solvers at 804-748-0660.