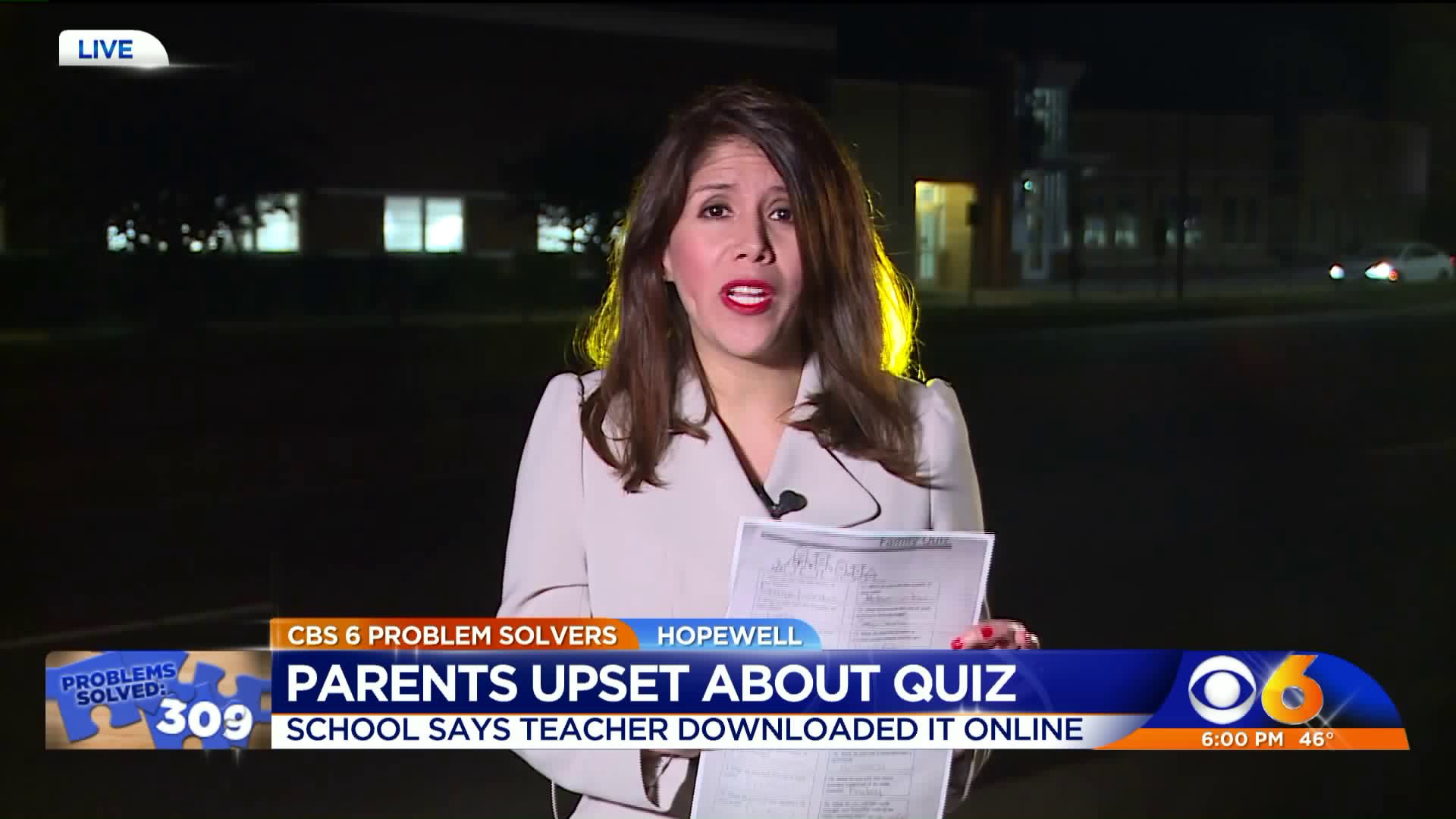 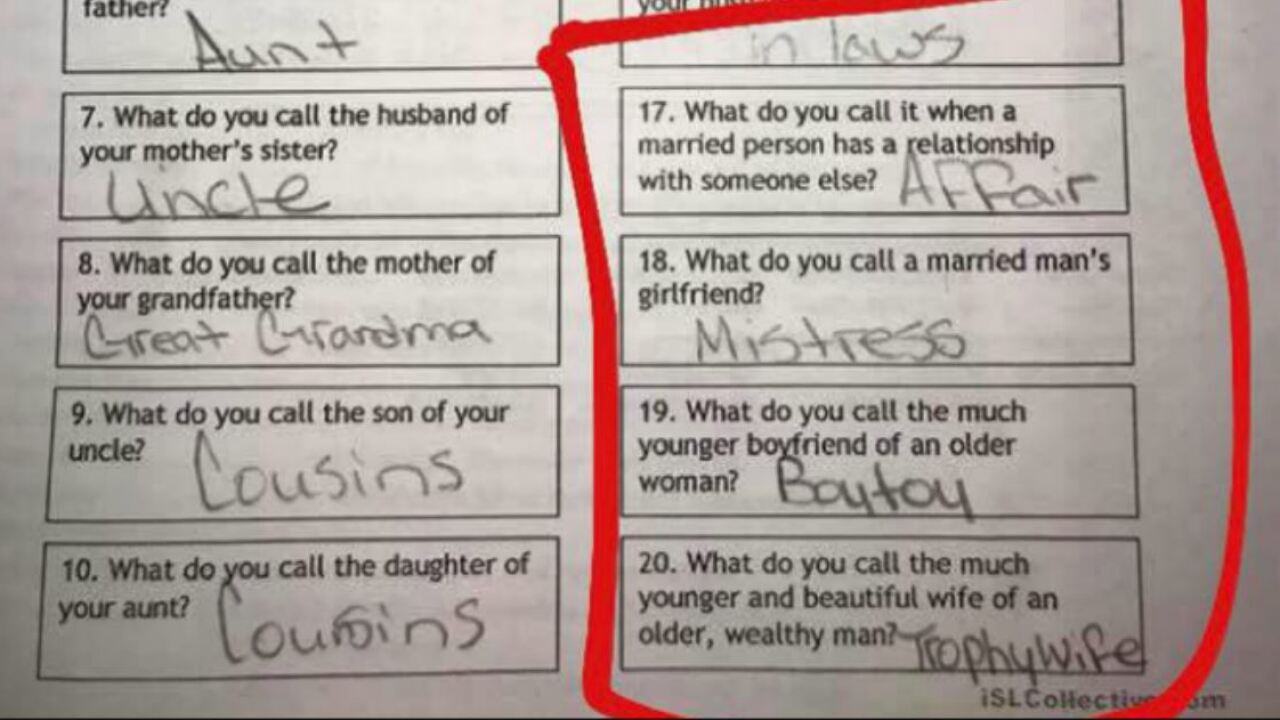 HOPEWELL, Va. -- The superintendent of Hopewell Schools issued a statement Monday after angry and confused parents spoke out over an assignment they deemed inappropriate for their children's middle school class.

A teacher at Carter G. Woodson Middle School assigned the "Family Quiz" worksheet Friday in a Family & Consumer Sciences class, according to parents.

But the last four questions of the 20 question worksheet took a turn.

Parents say after the Family & Consumer Science class teacher went over the answers, some of their children did not have a clue what "Trophy Wife" or even "Boy Toy" meant.  Many parents question how the assignment was ever approved for the classroom. Turns out, it wasn't.​

Question: What do you call it when a married person has a relationship with someone else?

Question: What do you call a married man's girlfriend?

Question: What do you call the much younger boyfriend of an older woman?

Question: What do you call the much younger and beautiful wife of an older, wealthy man?

"I couldn't believe that an educator would be giving something like that an 11-year-old," parent Tara Sample said. ""No one in the schools system needs to be teaching my daughter what a mistress is or a trophy wife or boy toy. It's inappropriate for a school. Period. We send our kids there to learn math, reading, science and history not to learn this other stuff that goes on in the world that they eventually going to learn anyways."

Sample posted a photo of her daughter's worksheet on Facebook where other parents chimed in and agreed with her outrage.

"We were made aware last evening of the Facebook coverage of the assignment given to students in the Family and Consumer Sciences program at our middle school. We immediately began to investigate," Hopewell Schools Superintendent Dr. Melody Hackney said in a statement. "Upon further review, we have determined that a teacher downloaded this worksheet from the Internet. This content was not a part of the current and approved curriculum for this course nor was it in any way an appropriate learning tool for middle school aged children. This assignment was also not included or referenced in the teacher's weekly lesson plans that are reviewed and approved in advance of instruction."

The worksheet, it appeared, was originally posted on a website designed to allow English as a Second Language teachers to share worksheets around the world.

In that time, hundreds of people have left comments praising the worksheet for its humor.

Others called it inappropriate.

In a 2013 response, its creator said, "Please remember that this worksheet may not be appropriate to teach to younger students and can be adapted to your own needs."

Advice some Hopewell parents wished the middle school teacher would have followed.

"Additional controls and School Board Office supports have been put in place," Dr. Hackney said about the Hopewell incident. "At this point, this matter has become a personnel issue and no further comment is appropriate."