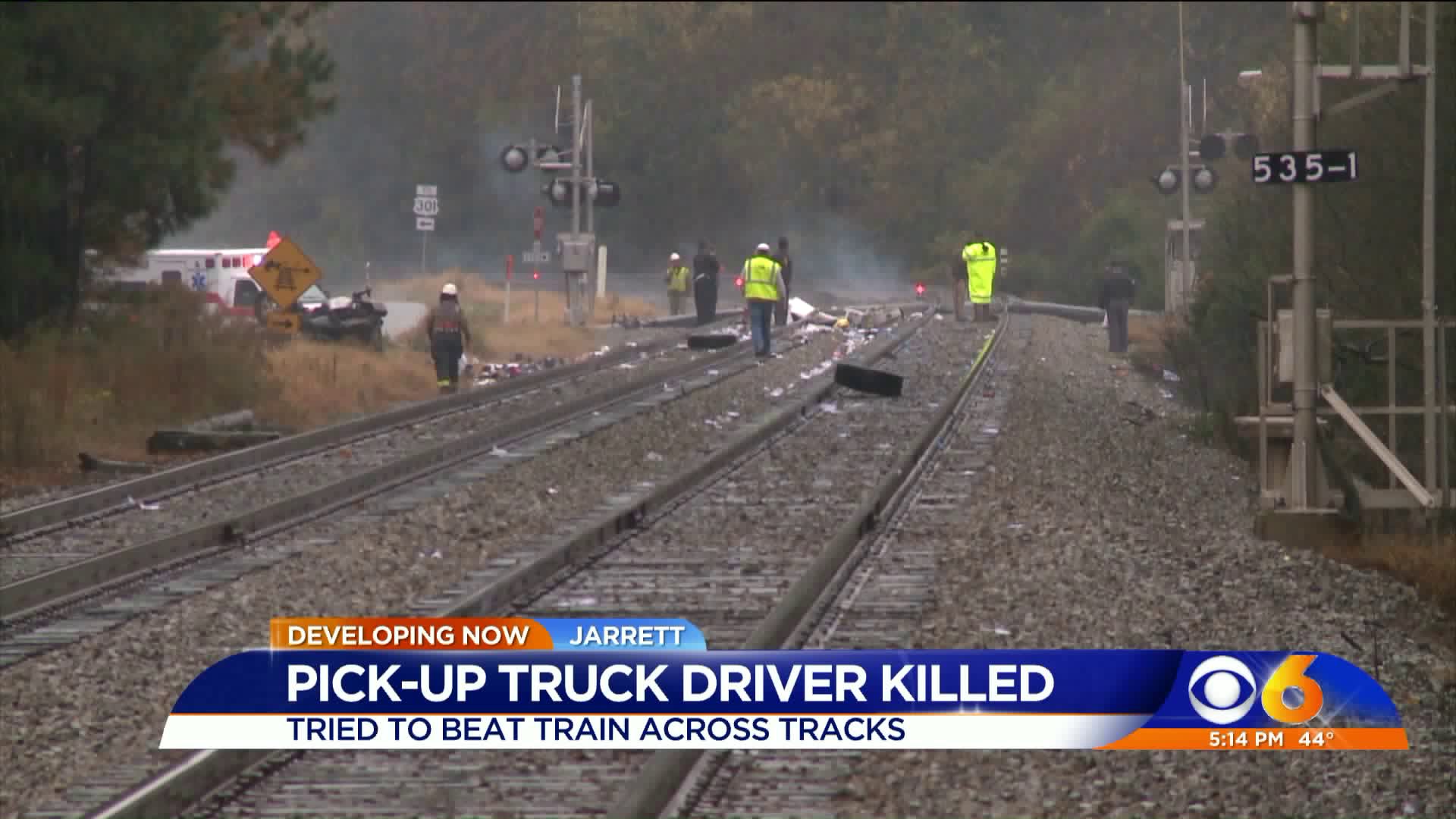 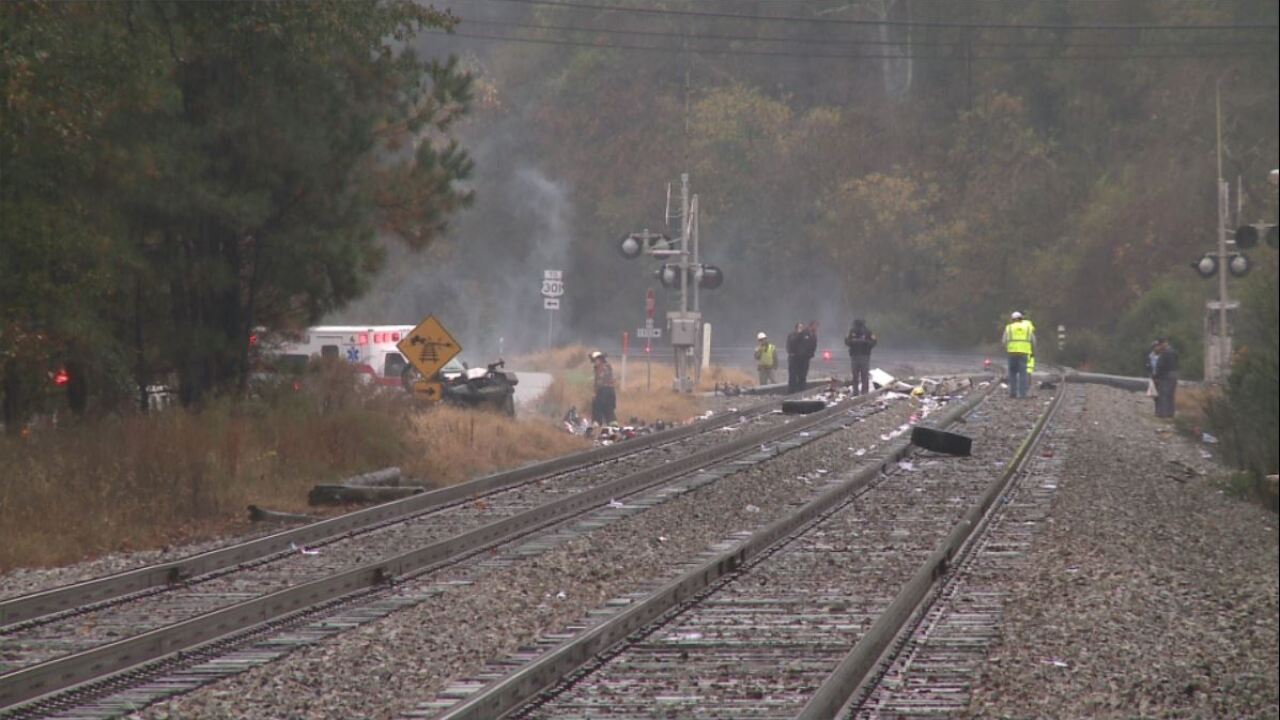 JARRATT, Va. -- A pick-up driver was killed trying to beat an Amtrak train across the railroad track in Sussex County, according to Virginia State Police.

"As the train approached the intersection, the armed gates came down, and the warning lights came on, all in working order, according to witnesses and the train operator," a Virginia State Police spokesperson said. "A 2009 GMC pickup truck attempted to cross around the gated arms of the intersection when it was struck by the train. Due to the impact, the truck landed several yards away, overturned, and caught fire."

"The Amtrak train did not de-rail and none of the passengers were injured in the accident," the Virginia State Police spokesperson said. "The Division 5 reconstruction team is in route to investigate the accident, both Routes 1103 and 646, are blocked at this time, with VDOT setting up alternate routes."