Growing the economy in Virginia as well as lowering regulations and tax burdens for businesses are the main goals of Vogel’s campaign.

The last rally at Gillespie headquarters in Richmond packed in the people. pic.twitter.com/QJKSEonLvN

In her race against Democrat Justin Fairfax, Vogel has defined her candidacy through her work as an ethics attorney. She has worked cases on protecting women from domestic violence, human trafficking and banning child marriage.

While not available for an interview for this story, Vogel had said in a statement for a story in the Richmond Times-Dispatch that “my law firm is one of the foremost ethics, tax, IRS
compliance and election law firms in the country doing work in many of the 50 states.” 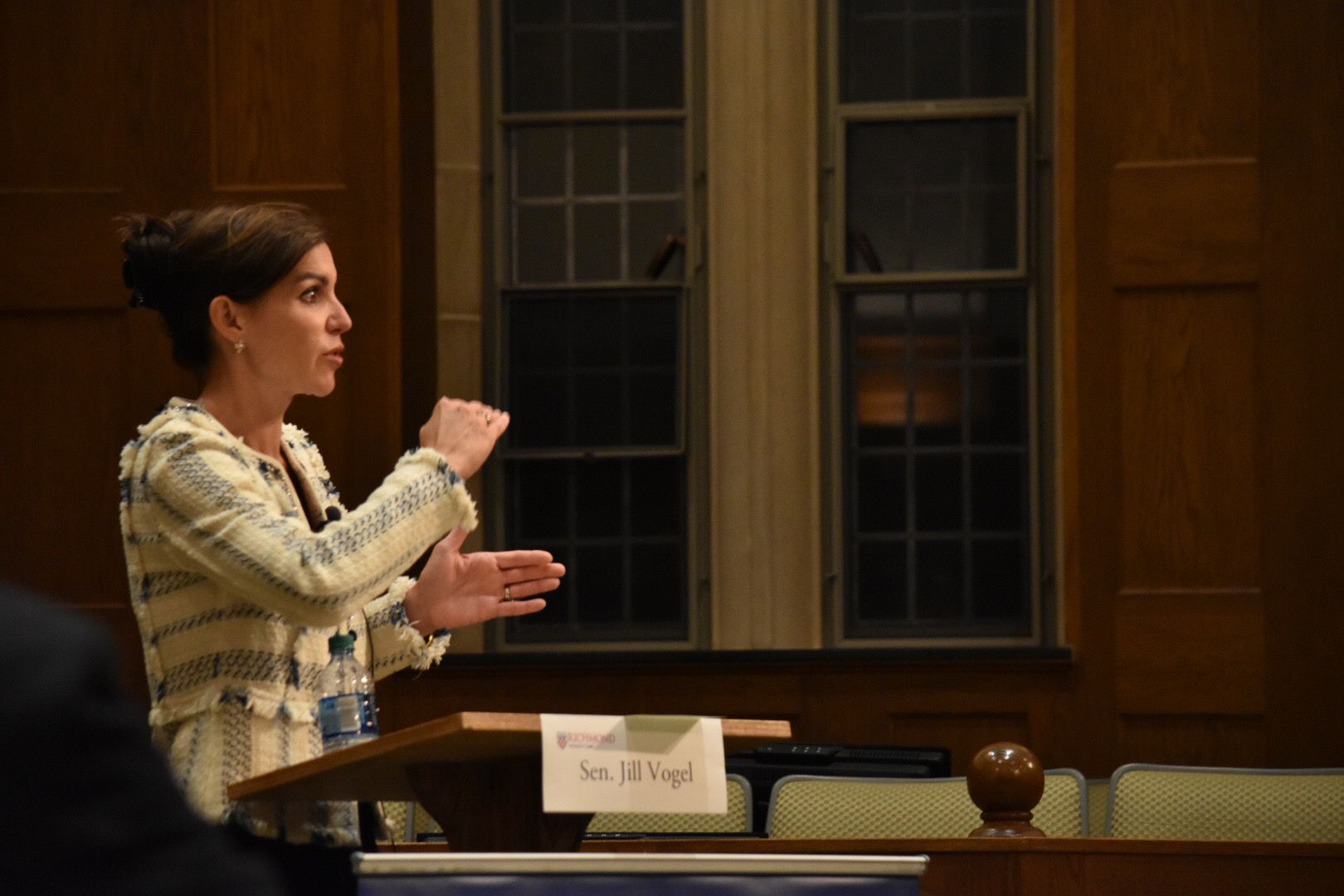 Vogel’s main focus in this campaign is to create economic opportunity.

“We should protect people’s individual liberties and if you do that you will support a government that sticks to what a government is meant to do and nothing more,” Vogel said on her website.

As an ethics lawyer, Vogel has used her experiences to increase transparency and reform Virginia’s government. In order to strengthen ethical standards and close loopholes, Vogel has introduced legislation to make adjustments.

While sharp lines have been drawn in the race with Fairfax, the debate about health care has been especially heated between the candidates. In an October debate with Fairfax, Vogel said that an expansion of health care would result in a large financial burden for the commonwealth.

“I have Democrats who support me; I have Independents who support me,” Vogel said. “I have friends on both sides of the aisle who all work with me and all talk about health policy all the time. I can’t think of where I’ve had any discussions with anybody who thinks having government-run healthcare is a solution.”

Some young voters interviewed for this story think very highly of Vogel.

“I can tell you right now that Jill Vogel has my vote. She has stood up for woman, and she is completely fair when it comes to woman’s rights,” VCU student Tralyn Moten, who added that she has never ran across a candidate that she favored this much, said.

Verina Ashari, also a VCU student, is going to vote for Vogel as well.

“Even though I am conservative, I was never too far right down the spectrum, and I feel that she shares the same views as I do. For example, I do not have any hatred for immigrants, but I do feel that our country is overpopulated and not everyone should be allowed in without gaining citizenship first,” Ashari said.

During her first year in the state senate, Vogel helped to enforce Virginia’s immigration laws.

She was able to introduce bills that allow for deportation proceedings, ban in-state tuition for illegal immigrants, and require that law enforcement checks immigration statuses.

Vogel was also successful in banning child-marriage in Virginia.

She has worked to be even stricter against child predators and was a leader to provide insurance coverage for children with autism in Virginia.

Vogel has also embraced the agenda of President Donald Trump in her campaign.

By Tanner Watts and Aya Driouche (Special to WTVR.com)

Photos and videos by Tyler Woodall and Nick Versaw (Special to WTVR.com)