RICHMOND, Va, — In his re-election bid, Virginia Attorney General Mark Herring has the entire Democratic leadership team backing him. At a rally at a pub in the Hilton Hotel in downtown Richmond on Sunday, gubernatorial candidate Ralph Northam, lieutenant gubernatorial candidate Justin Fairfax and Gov. Terry McAuliffe supported Herring for another four years as attorney general. 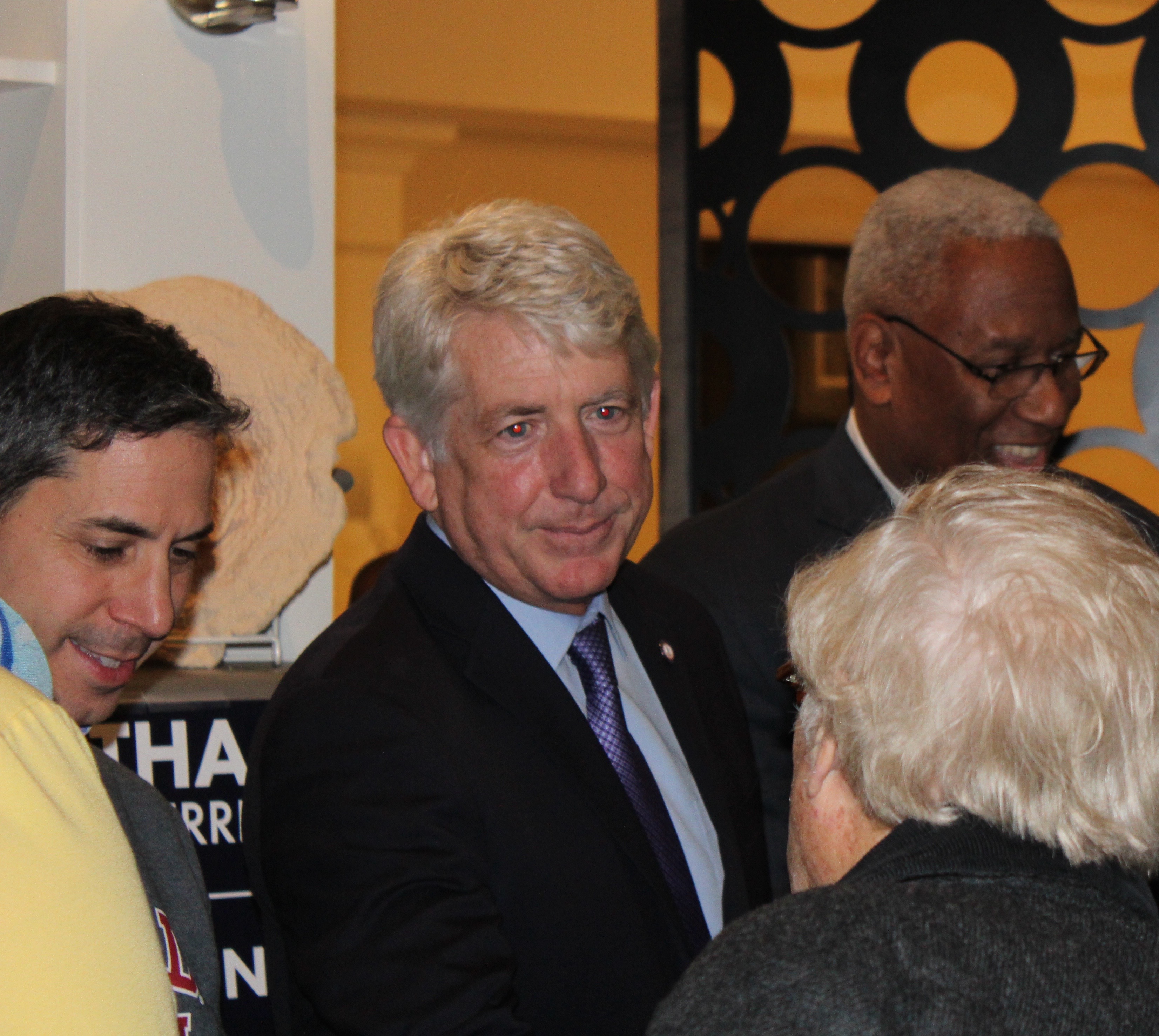 “Four years ago I stood in front of you and all Virginians and asked you to come on a journey with me,” Herring said at the event. “For justice, equality and opportunity for all Virginians.”

Herring cited clean air, water and energy as a priority, as well as protecting access to health care.

“We did not hesitate to go to the U.S. Supreme Court to make sure that health care didn’t get ripped away from 350,000 Virginians and millions of Americans,” Herring said. “And we will not hesitate to stand up to the most egregious excesses of the Trump administration.”

The pub was packed with Democratic supporters fresh off of a taping of Pod Save America, a national political podcast that was recorded with the Democratic candidates at The National.

“You hear every year that this is the most important election of your life,” State Sen. Jennifer McClellan said. “Well, this one really is.”

Herring said that the attorney general is the “people’s lawyer.” He uses the law and responsibilities of the office to deliver on issues that affect Virginians, like healthcare and issues of equality across the commonwealth. He said he also focuses on environmental efforts, like defending the Chesapeake Bay cleanup plan from legal attack.

“We’re delivering real results on issues that really matter,” said Herring, who is being challenged by Republican John Adams in Tuesday’s election. Although statewide elections are generally close and hard fought, Herring said that the energy of his supporters is what is going to make a difference.

“Virginians really saw what an attorney general can do for them, standing up and fighting for them. That’s what people want, they want someone who is going to be able to get things done,” Herring said. “As their attorney general, that’s what I’ve been doing for four years. That’s what my team and I are going to do when we win reelection.”

Jen Cox and Emily Kane, members of the administrative staff at Longwood University, drove more than an hour to get to the event. They are passionate about the Democratic ticket, especially supporting women’s and immigrants’ rights, both of which Herring has supported throughout his four-year term.

“I’m first generation American on my father’s side, and so it is really important to me that we pay these people with respect and treat [immigrants] like the valuable members of society that they are,” said Kane.

Another attendee of the event, Michelle Wright, said that while she agrees with Herring’s platform, it’s the alternative that scares her.

“I know we have to win,” said Wright. “I know what the other side is capable of and that fear is what drives me.”

By Sarah Honosky and Alexis Kennedy (Special to WTVR.com)