Man wanted for stealing from Comcast

RICHMOND, Va. -- Police released photos and video of a man wanted for stealing from Comcast.

"[He] reportedly stole tools from a Comcast vehicle parked along the 100 block of East Main Street," a Richmond Police spokesperson said. "Surveillance video shows a male opening the door of the vehicle and going inside. The victim stated he noticed the items were missing a few days later."

The incident occurred between Thursday Sept. 14 and Saturday Sept. 16, according to police. 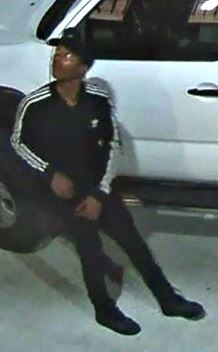 Police described the suspect as black male with a slender build. He was wearing a dark-colored baseball cap, a black Adidas jacket with white stripes, black pants, and black tennis shoes