GOOCHLAND, Va. -- A Goochland father says he no longer feels safe in the house his family has called a home for five years due to a collapsing ceiling.

"You can walk through the house, you can run your fingers across the surfaces, and you can get insulation particles on you from the counter tops, television stands, the floors, the children's toys, all of the furniture," explained Lawson.

“We had just finished eating in the kitchen and my oldest daughter said that she needed to use the bathroom. So, we got the kids out of kitchen, took her to use bathroom, and about two minutes later the whole kitchen ceiling came down,” Lawson recalled.

“The initial reaction was to grab the kids and get them out of the house. It was pouring rain, but we grabbed the kids, ran into the rain, and got into the car.” 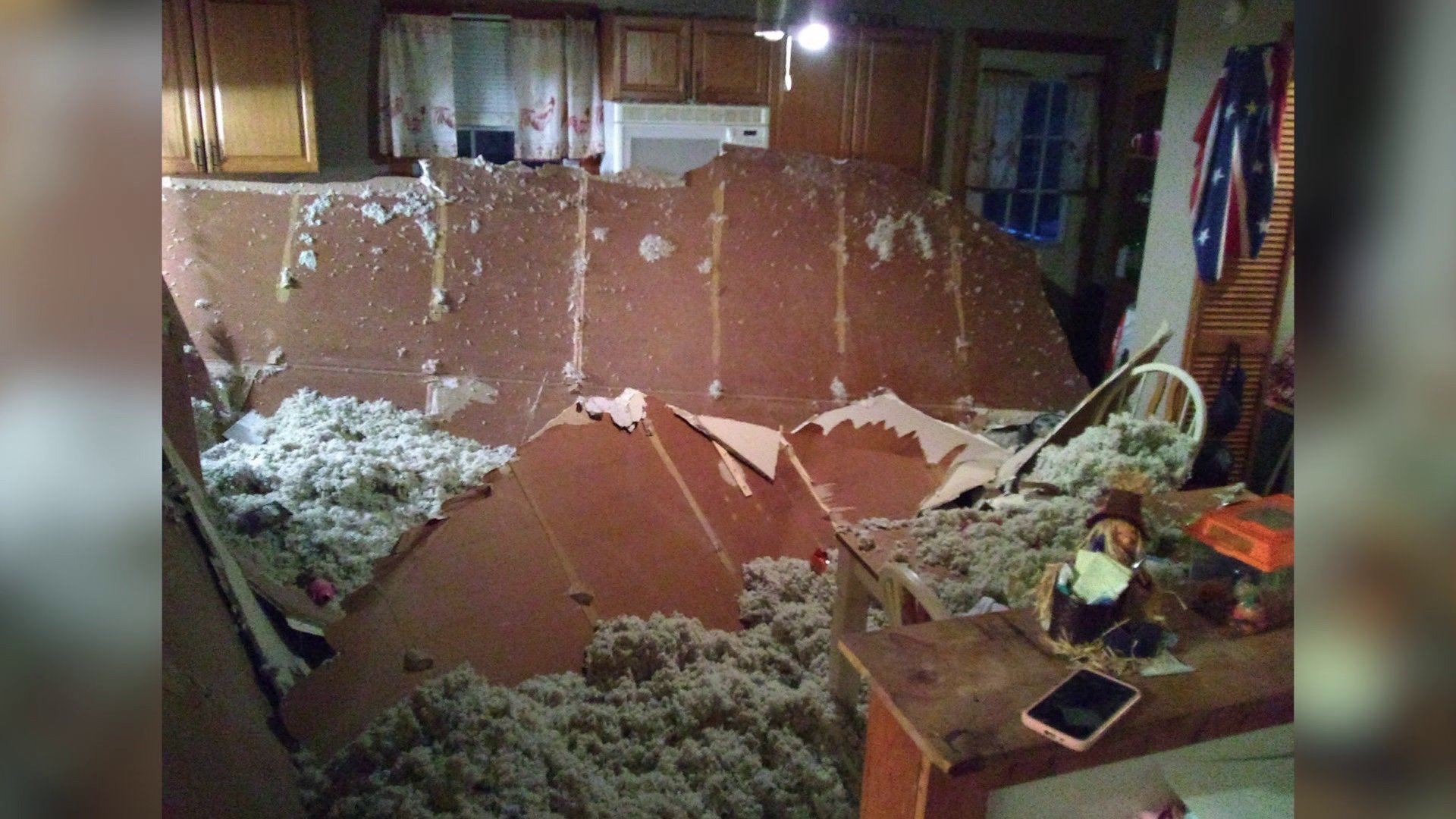 Lawson said his children and pregnant fiancé had not been back home since accident for safety reasons.

When CBS 6 Problem Solvers returned to the home with the Lawsons, Tuesday, the landlord was repairing the ceiling.

The landlord told CBS 6 he was putting up a new ceiling, but had not yet figured out what caused the old one to fall in the first place.

Lawson said that is what scares him.

“By them throwing the drywall up and not fixing the problem, they are just putting a Band-Aid on it, as opposed to dealing with the root of the problem,” he said. “Who is to say we are not going to be sitting down next week, and the ceiling falls in the living room?”

CBS 6 took the Lawson family’s concerns to Attorney Martin Wegbreit, Director of Litigation at Central Virginia Legal Aid Society Richmond, to find out what tenants’ rights and landlords’ rights are in similar situations.

“Once the landlord has actual notice of a problem, whether it is because the landlord sees it himself or herself, or the tenant provides the landlord a written notice, then the landlord definitely has duties to provide a fit and habitable premises.”

Attorney Wegbreit said about ten years ago, a man was hurt when his ceiling collapsed on him, but even with injuries involved, “the Virginia Supreme Court said that tenants cannot sue their landlord in tort, even if the landlord is negligent.”

The Lawsons said they feel like their hands are tied, with no money for down payment and a first month’s rent on a new home. They feel stuck in a house where they are constantly in fear of whether or not the ceiling will collapse again.

For more information on tenants’ rights and landlords’ rights as they pertain to repairs, liability, and eviction, click here.

CBS 6 News is working for you. Click here to email a tip to the CBS 6 Problem Solvers. Be sure to leave us your name, phone number and detailed description of the problem. You can also leave a message by calling 804-254-3672