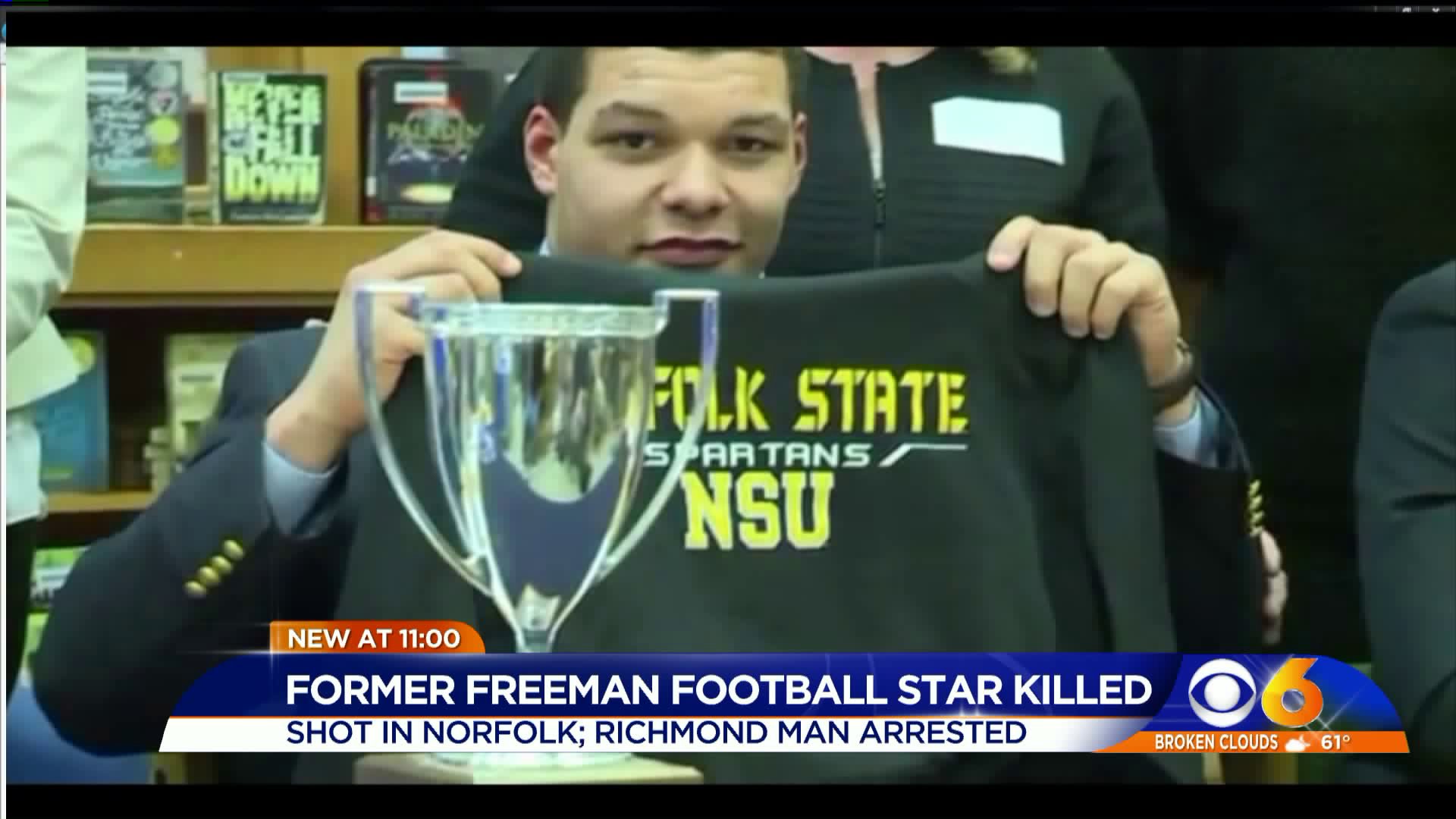 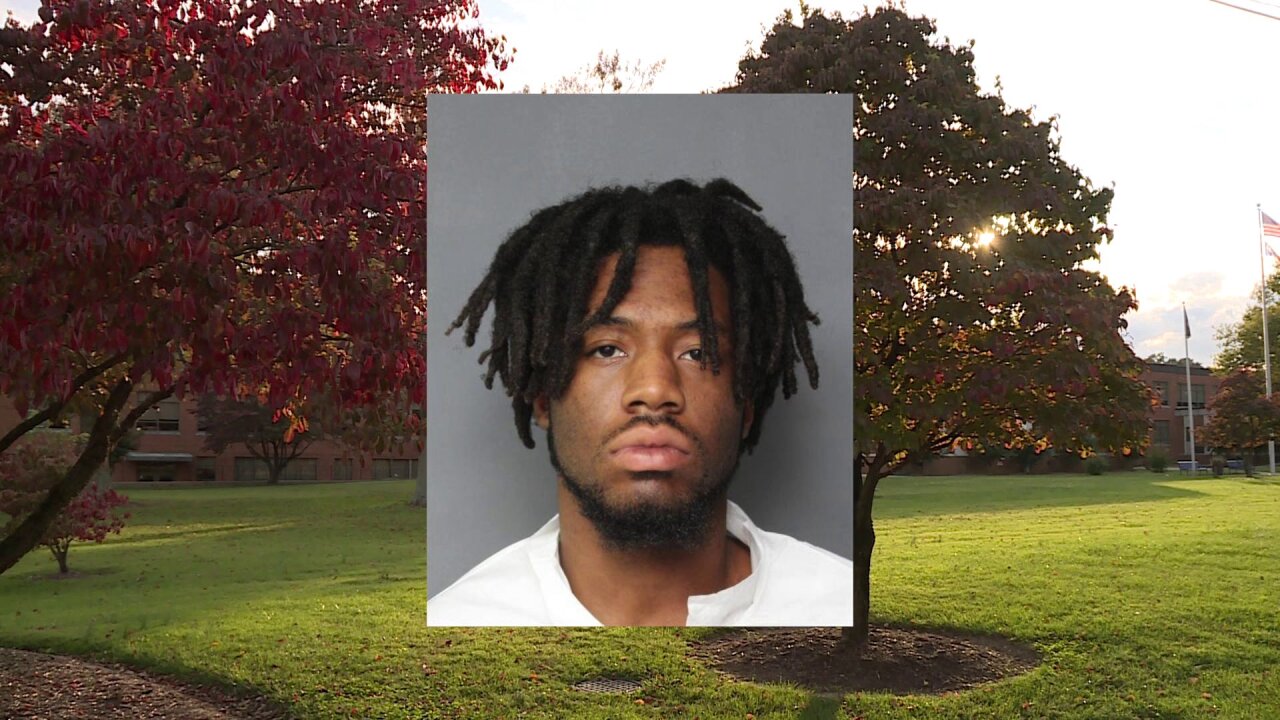 NORFOLK, Va. -- A Richmond native and former local high school football player is dead while another has been charged with his murder following a shooting in Norfolk Friday night.

Officers were dispatched to the 800 block of Hayes Street shortly after 6 p.m. for a gunshot disturbance. Upon arrival, they found 18-year-old Nicholas Jerome Ackies of Richmond inside an apartment suffering from what appeared to be a gunshot wound.

Ackies was pronounced dead on scene. His body was transported to the Office of the Chief Medical Examiner to determine his exact cause of his death.

During the course of the preliminary investigation, detectives identified 22-year-old Jaquan Anderson as the suspect.

Anderson, who was arrested and charged with second-degree murder and use of a firearm in the commission of a felony, is being held without bond in the Norfolk City Jail.

Anderson also attended Norfolk State University and played linebacker for the Spartans before graduating in 2016. According to the team's website, Anderson is also from Richmond and played football at L.C. Bird High School in Chesterfield.

According to a statement released by Norfolk State University, Ackies was a freshman majoring in criminal justice and a defensive lineman on the Spartans football team. Before that, he attended Douglas Freeman High School in Henrico and played defensive tackle for the Rebels.

The Spartans held a moment of silence to honor Ackies at the start of their homecoming game against Savannah State University Saturday.

"This is such a tragic situation. Our prayers are with Nick's family during this very difficult time," athletic director Marty L. Miller said. "He will be dearly missed by the entire Norfolk State University family."

The school's Office of Student Affairs will update the campus community when funeral arrangements for Ackies have been finalized. 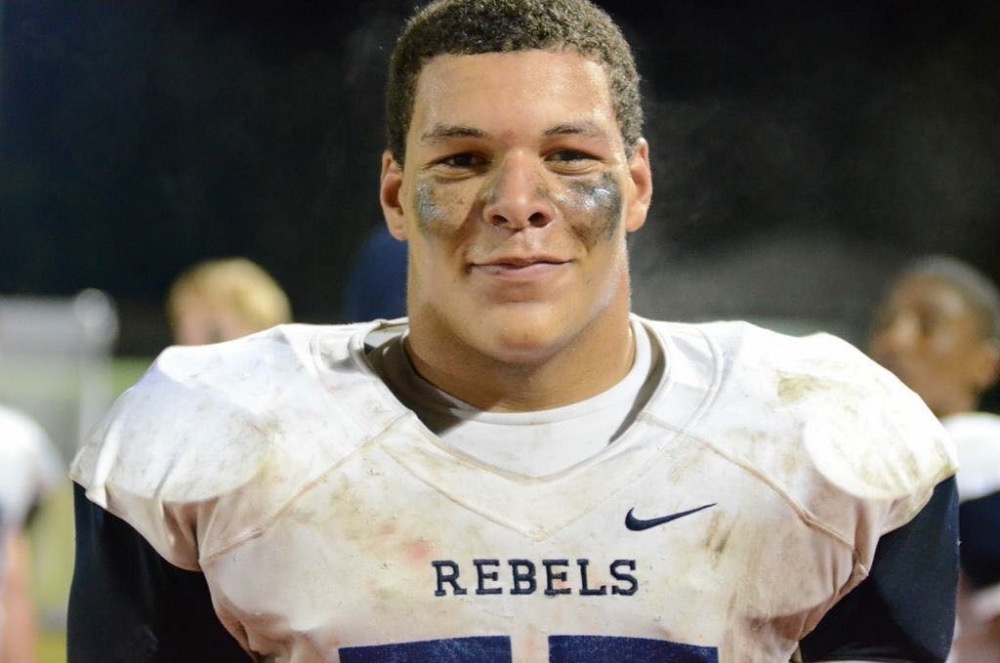 A GoFundMe account has been established to help with funeral expenses.

He was a son, a brother, an uncle, and friend. Yes an athlete, but also someone who was stolen from those who knew him and the world that would get to know him.

Nicholas, from Richmond, originally from Williamsburg, was born December 30, 1998. He was a criminal justice major and psych and sociology minors at Norfolk State University. He was 18 years old.

Ackies was a standout athlete in football and baseball at Douglas Freeman. He graduated in the spring and attended Norfolk State, where he was a freshman defensive end on the football team and a closing pitcher for the baseball team.

Ackies played varsity football and baseball for three years at Freeman. Though football was his best sport, he showed promise as a baseball player, too. He threw 90 mph as a sophomore and pitched in the region championship game that season.

Ackies was named All-Metro as a junior and senior in football. He hoped to continue as a two-sport athlete. He planned on playing baseball at Norfolk State this spring.

The Norfolk Police Department is encouraging anyone with information about this homicide to contact the Norfolk Crime Line at 1-888-LOCK-U-UP (1-888-562-5887).