RICHMOND, Va. -- It’s no mystery that Chris Semtner, the curator of the Edgar Allan Poe Museum in Shockoe Bottom, enjoys the written word.

“His works stay vivid and really made an impression,” Semtner said. “We should be inspired by this guy who created great things right here, right where we are.”

Chris appreciates not just any prose, but stories penned by one of Richmond’s most cryptic figures.

“I have been reading his works since the fifth grade and I started out with the comedies,” Semtner said. “He was the one who explored the dark recesses of our mind.”

Semtner is curator of the Edgar Allan Poe Museum in Shockoe Bottom. 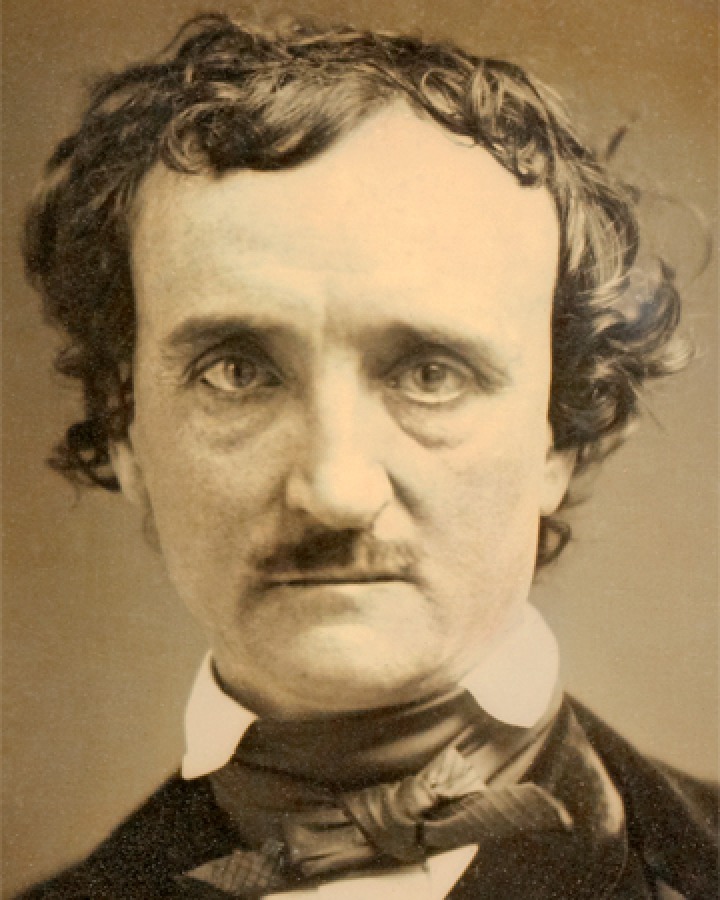 “As you will see they leave him presents. Flowers. Love letters,” Semtner said.

This museum sits in the very neighborhood where Poe lived, worked and wrote during the 1830s and 40s.

“People really feel like Poe is a friend of theirs. You can see they have even kissed him on the cheeks,” Semtner said.

The landmark on Main Street has been welcoming guests since it opened in 1921, including Vincent Price and Salvador Dali.

“Cultural figures, writers, visual artists, film stars have all come here. They all have a debt to Poe, because he has inspired them,” Semtner said.

For Semtner, immersing himself in all things Poe strengthens his appreciation for the author responsible for “The Raven,” “The Tell-Tale Heart” and “The Black Cat.”

“In fact, Alfred Hitchcock, the master of suspense, said the reason he made the works he did was because he read Poe’s works. Because Poe really understood the mechanics of suspense and terror,” Semtner said.

Semtner with Edgar and Pluto.

“They were born right behind the Poe Shrine right around Halloween time five years ago,” Semtner said.

Many cities lay claim to Poe like Boston, Philly, New York and Baltimore, but Semtner said Poe was a Richmonder chapter and verse.

Inside the Edgar Allan Poe Museum

“Poe claimed Richmond and there are surviving letter where he calls himself a Virginian. He calls Richmond his home,” Semtner said.

If the 42-year-old Blackstone native wanted to get closer to his favorite writer, Semtner can’t think of any other place.

“We even have a little piece of Poe. We have a lock of hair cut from his head just after his death,” Semtner said. "The greatest rarities of all, Poe’s clothing. We have his socks, his vest. Back here we have his walking stick and trunk."

But it’s Poe’s collection of grim tales that make readers tremble with fear 168 years after the author’s death.

“I think Poe would get a kick out of it. He was a practical joker. He loved to give people a good scare,” Semtner said.

For Poe fanatics, Semtner has a job that’s truly to die for.

“He is not some distant figure. Not an imaginary figure. He was a real person just like us,” Semtner said. “It makes you feel that you're standing right here with him. And it reminds you that was somebody that walked this same street just like we do today."

The Poe Museum is open seven days a week. One of the most popular events at the museum? The monthly Un-Happy Hour in the Enchanted Garden and Poe Shrine.