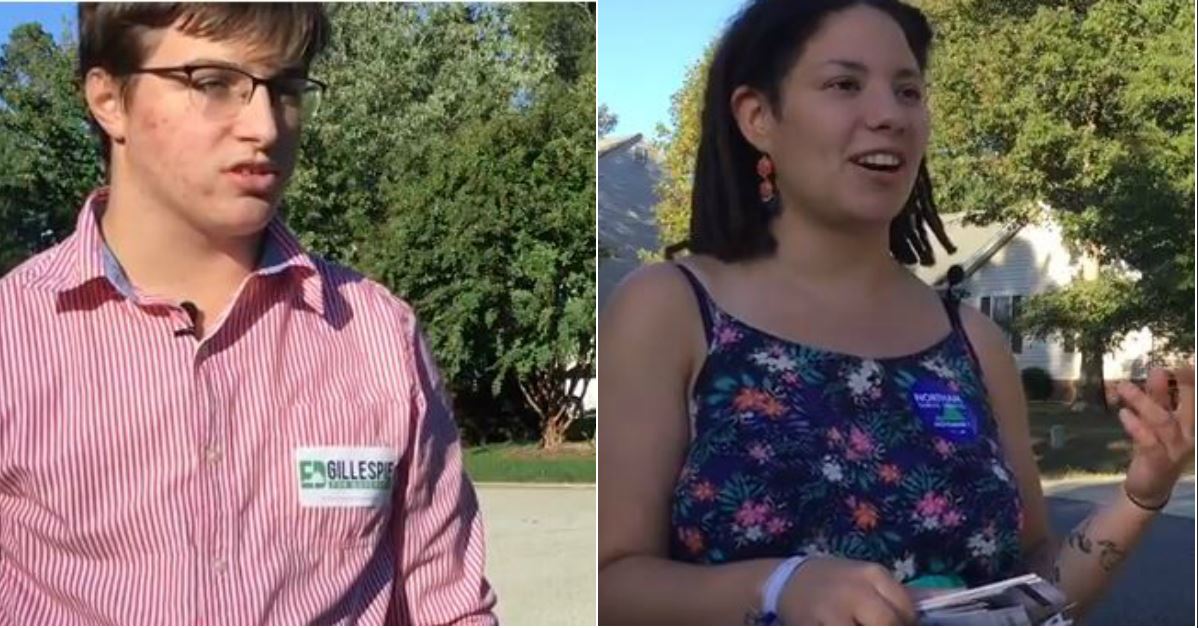 It’s the first time for the VCU political science major to volunteer for a political campaign.

While attending a political science honors society meeting at VCU, a board member who was already interning with the Northam campaign, solicited volunteers. Orozco said it was an opportunity she could not pass up.

“I was like, of course,” Orozco said. “I would love to get out here and really help a candidate that I really support.”

While Orozco has faced some challenges while canvassing, she has found the benefits outweigh them.

“You only get that 20 percent encounter rate with a person,” said Orozco, who plans to obtain get a master’s degree in international relations abroad. “My first day on the job, it was a little discouraging because I was like ‘oh wow,’ like I’m not talking to anyone. Does this even do anything? But then you get those people who are really excited to talk to you and are really motivated.”

She said that the best days for canvassers are when they are able to inform a new voter.

“Sometimes you go up to a person and you’re like ‘hey there’s an election this November’ and they are like ‘what no way,'” Orozco said. “It’s something they didn’t know about before and so they’re that much more likely to go out and vote.”

“I would do this again for any election that’s coming up local, regional, national.

Kelin Carpenter, who has been volunteering for the Gillespie campaign since the summer, also targets neighborhoods in the Chesterfield and Midlothian areas. A senior at Maggie L. Walker Governor’s School, the 17-year-old is also canvassing for Del. Roxann Robinson’s re-election campaign.

Carpenter said he’s part of the Young Republicans at his school and is very interested in politics.

“I do a lot of that kind of work at Maggie Walker,” Carpenter said. “I’m also on the ‘We the People’ team, which looks at the Constitution and stuff. So I really just wanted to help out and work on a political campaign. Since I’m a Republican, I wanted to help the Republicans win.”

Carpenter said that not enough young people are involved in politics and political campaigns, and that every campaign needs some sort of help whether it be canvassing or calling people. Carpenter has also recruited a few of his friends to volunteer and canvass for the Gillespie campaign.

“Campaigns just need a lot of people in general and so there’s always a lot of young people who want to fill their time and maybe do something that will help them out later in life,” Carpenter said. “I think campaigns offer a lot of experience and I think it’s very important for people to start at an early age.”

Carpenter said he thinks that canvassing is the most important part of a campaign, as volunteers can get a feel for the interests and needs of the people and what issues they care about. Carpenter added that he can also gauge how much support a candidate has in a particular area.

Carpenter, who is looking to study political science or international studies in college, said that he will probably volunteer and canvass for another political campaign in the near future.