Driver, who survived I-295 crash, killed standing near road 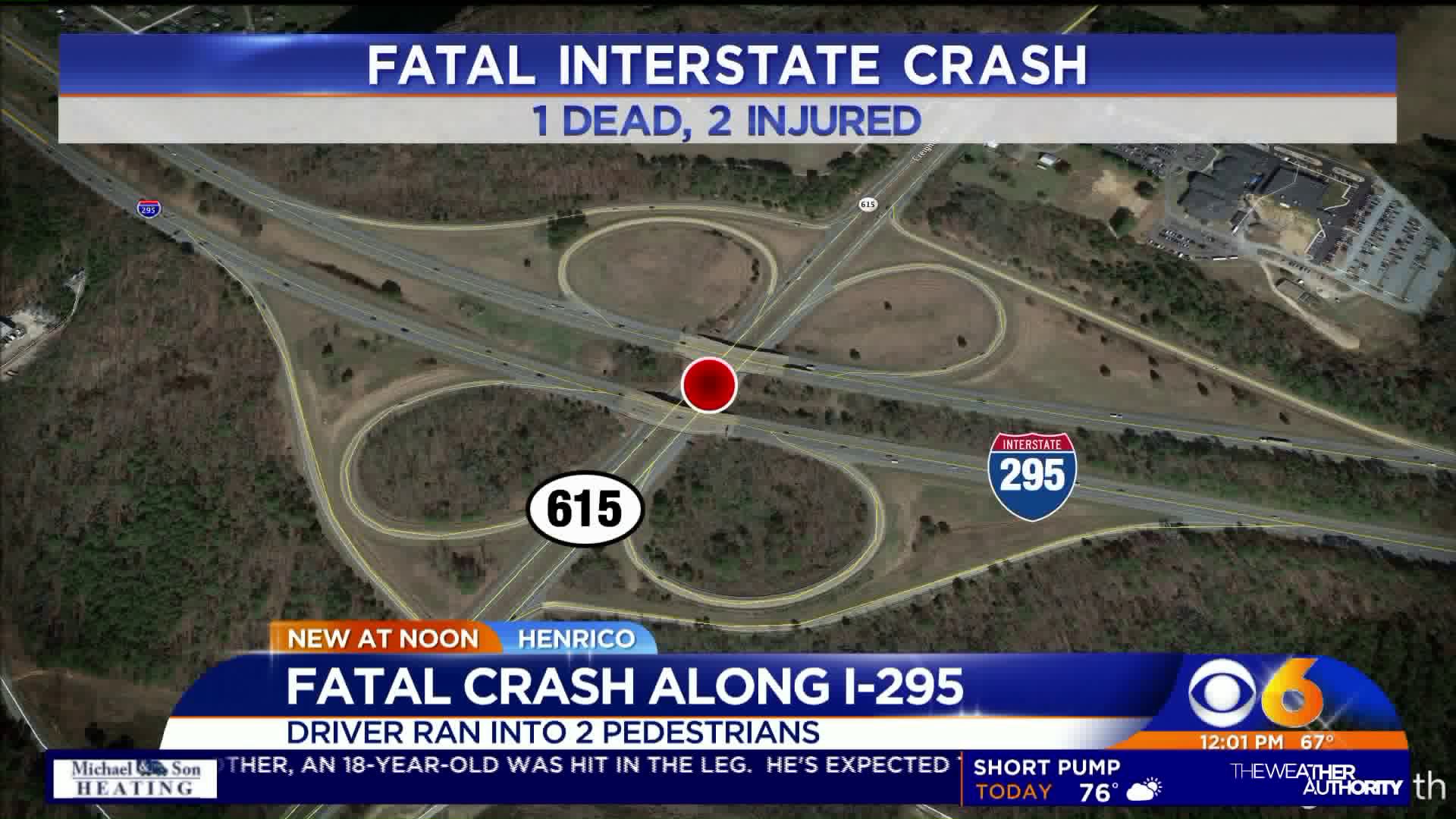 HENRICO COUNTY, Va. -- One person was killed following a crash on Interstate 295, near Creighton Road, in Henrico.

"An SUV and Acura collided in the northbound lanes, which caused the SUV to overturn in the left travel lane. The driver of the Acura suffered minor injuries and was transported to a nearby hospital for treatment," a Virginia State Police spokesperson said. "The male driver of the SUV was able to exit his vehicle on his own and walked over to the median."

A 46-year-old Chester man who witnesses the crash and pulled over and got out of his vehicle to help.

"As state police were responding to the scene of the two-vehicle crash, a 2003 Toyota Tundra traveling north on I-295 suddenly came upon the overturned SUV in its travel lane. (It was still dark outside and the SUV did not have any lights on.) The Toyota’s 38-year-old male driver from Prince George, Va., swerved to the left to avoid the overturned SUV, as there was a tractor-trailer in the right lane," the state police spokesperson said. "As the Toyota swerved to the left, it encountered the two men standing in the median and tried to avoid them. But, the two male pedestrians were struck."

The 46-year-old Chester man was hurt and rushed to the hospital. The driver of the SUV involved in the initial crash died.

State Police are still working to identify the victim. Both traffic crashes remain under investigation and charges are pending in both.

Tuesday's crash was reported at about 6:37 a.m.