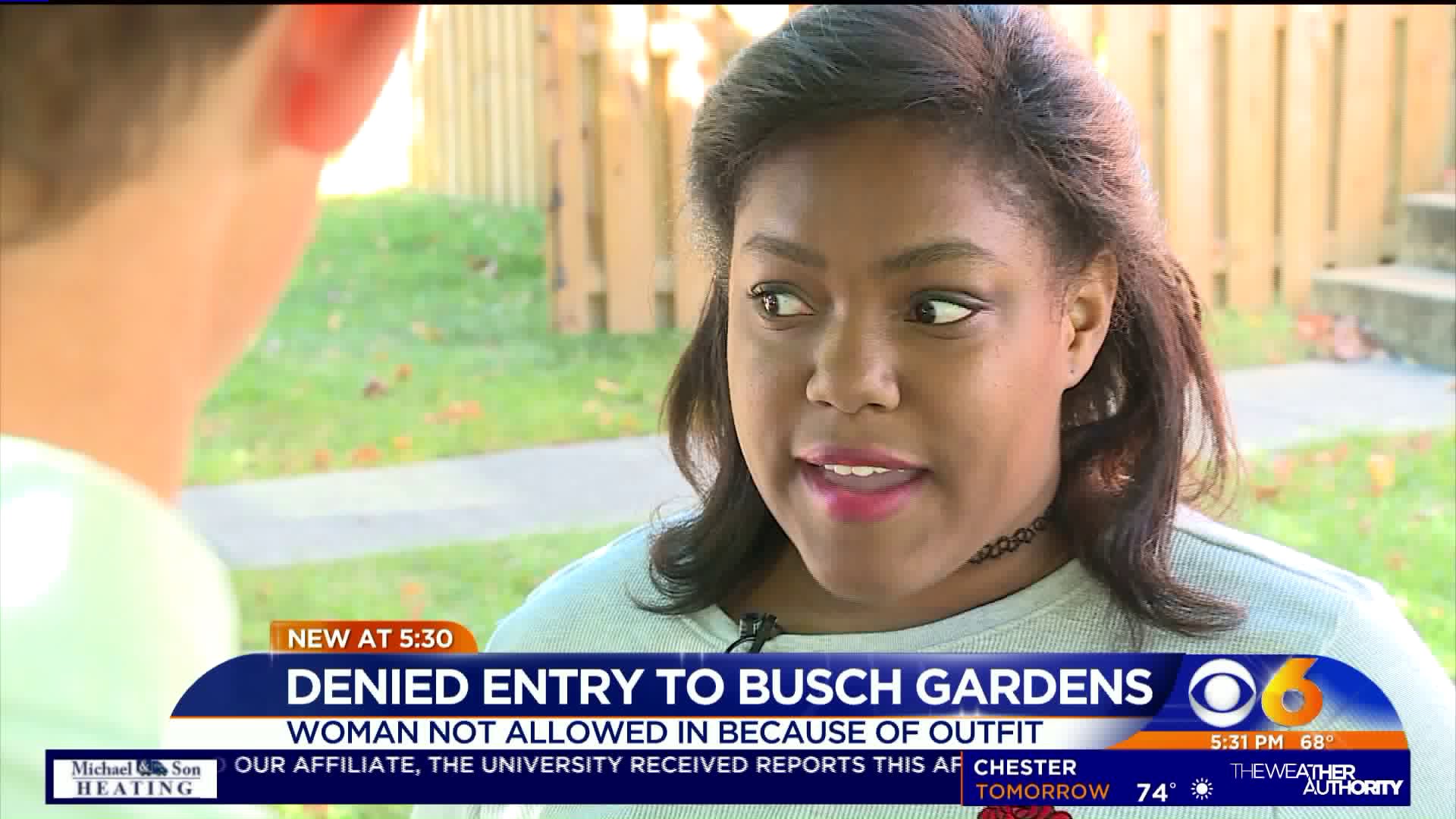 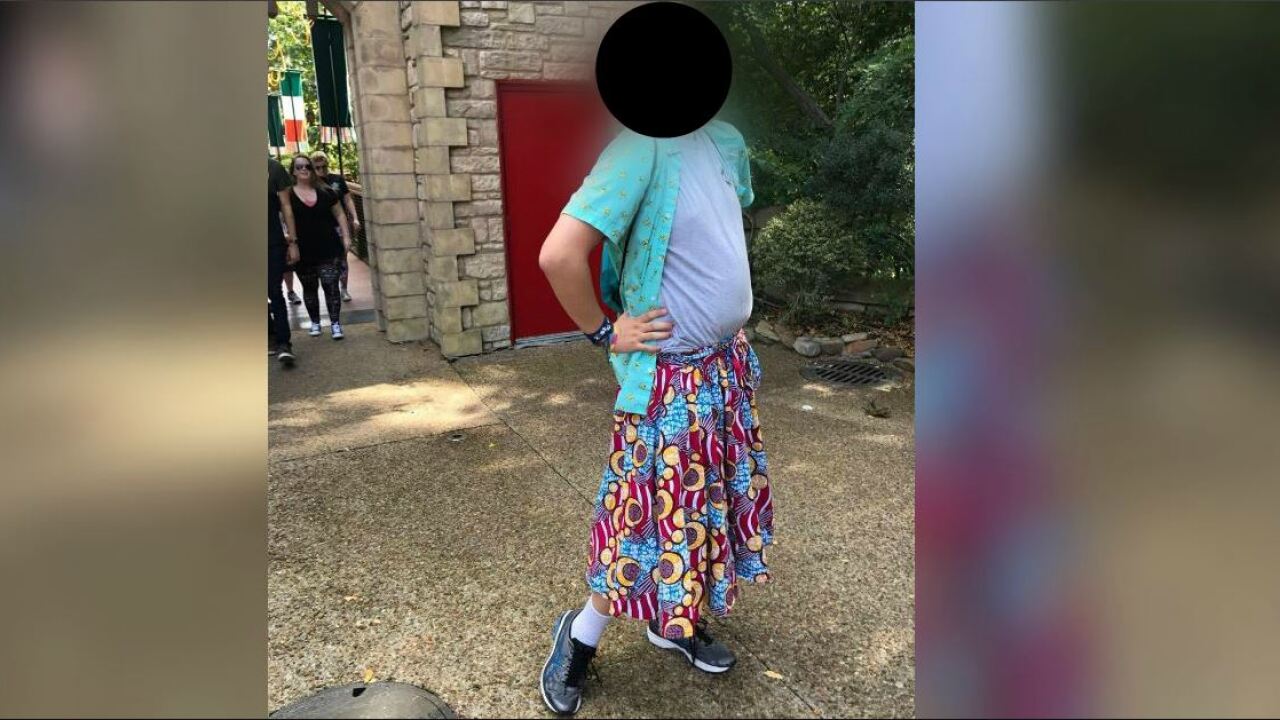 WILLIAMSBURG, Va. -- A transgender woman was denied access to Busch Gardens theme park in Williamsburg because a park security guard deemed her skirt a costume.

Bria Gibson's girlfriend was born a male, but identifies as female. The couple went to the park on Saturday to enjoy the Halloween season's Howl-o-Scream event.

But their day took a turn as soon as they reached the park's security gate. There, a security guard looked at her girlfriend, who was wearing an ankle length skirt, and began shaking his head, according to Gibson.

"He very slowly looked her up and down, shook his head, and was like, 'You can't come in here because you are wearing a costume,'" Gibson recalled. "After saying, 'What costume do you think she's wearing?' he completely ignored us and shooed us away and nothing more to say on the subject and there was nothing more we could do about it."

Busch Gardens does not allow guests to wear costumes inside the park, especially during holiday seasons like Halloween or Christmas. The policy, they said, is designed to protect their performers who often wear their costumes in the park.

Gibson said security guard was rude and ridiculous, since her girlfriend -- who asked her name not be used in the story -- was simply in clothing she felt most comfortable wearing.

The couple did go to guest relations, and even though Gibson said the employee was sympathetic, they were told they could not enter the park unless her girlfriend changed. So, Gibson put on her girlfriend's skirt and her girlfriend wore Gibson's shorts.

After the wardrobe change, the couple was allowed to enter.

"Even though [the skirt] looked more ridiculous with what I was wearing," Gibson said.  "There's just no reason for them to do something like that to a couple of people who just wanted to had out and have fun at the park."

In response to the incident, Busch Gardens sent the following statement:

"We are committed to providing an enjoyable experience for all guests. We respect the rights of people to dress as the gender with which they identify and in a way that enables them and others to safely experience our parks.

We welcome transgender guests in our parks. On this particular occasion, our security professionals interpreted the attire to be a costume, especially given the time of year when our Howl-O-Scream event is occurring.

Unfortunately, we misapplied the park's policy of not allowing costumes in the park. We will take steps to evaluate future application of this policy.  We have been in contact with the guests and have invited them to visit again soon."

Gibson confirmed park officials have been in contact with them on multiple occasions about the incident. Still, she said there was no masking the pain she said the situation caused her girlfriend.

"I had to comfort her. She was going to cry over this. It's basically saying your identity isn't real," Gibson said.

Since her mother is a Busch Gardens platinum pass member, Gibson said she may go back at some point, but that likely would not be any time soon.