The schools were locked down and the Dinwiddie Sheriff's Office and Virginia State Police responded to the area.

No gunman was located and there were no reports of shots fired. Officers and K-9s searched the building.

A mass call sent to parents indicated that all the students were safe. Parents lined up outside the school and waited for word, but were unable to pick up their children until.

The all clear was given about three hours later and students were dismissed early.

“We notified them as soon as we had factual information and we can get them an update as to how their students are," Dinwiddie County Public Schools Superintendent Dr. Kari Weston said. 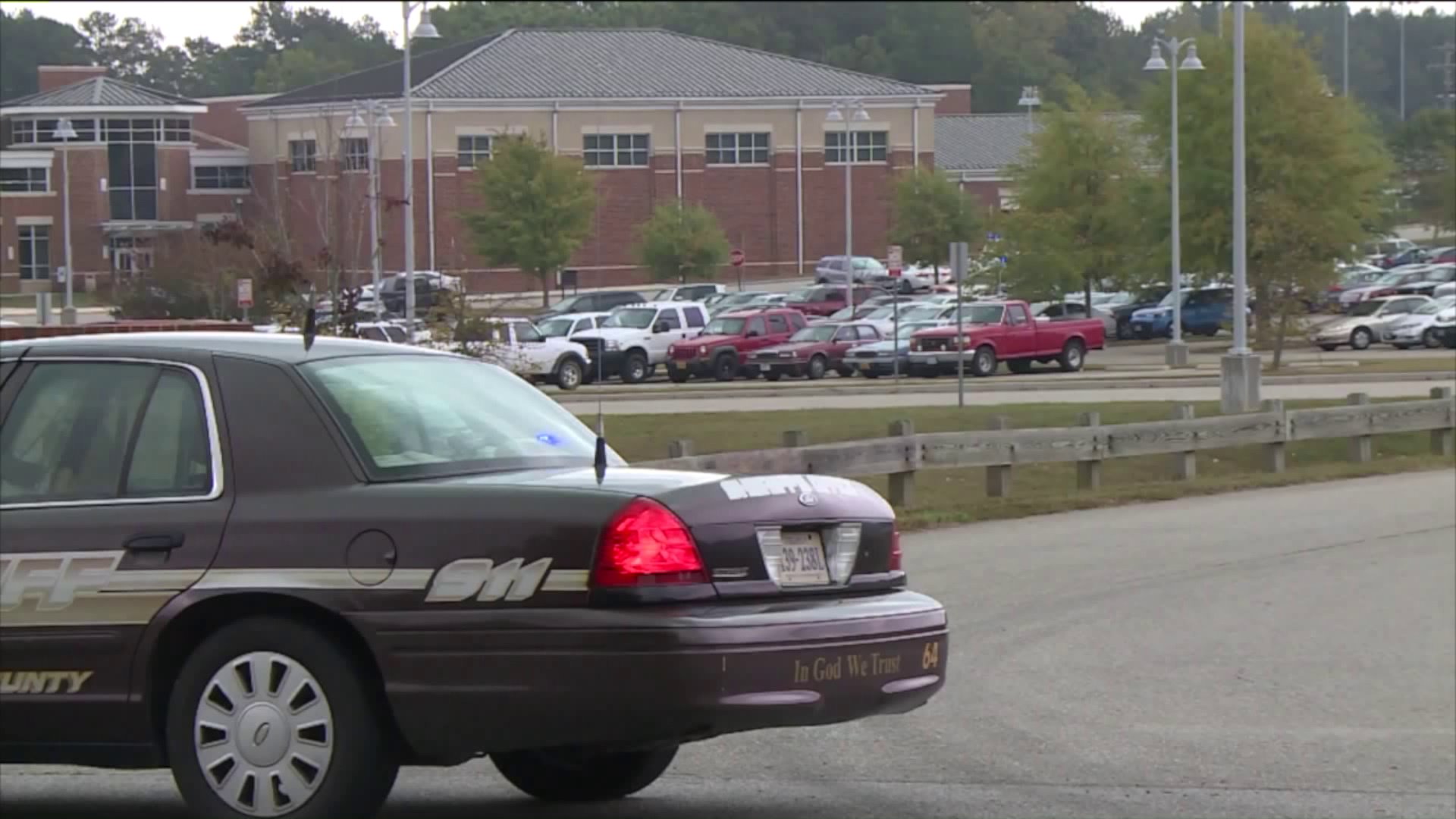 Parents and students were on edge.

“I was scared to death," Kara Lespier said. "My son was sending me text messages saying they were barricaded in their classrooms and there was officers and SWAT teams with guns."

Student Jorden Dixon, who was in his second period class when the high school went on lockdown, said his teacher instructed he and his classmates to hide in a locked closet.

"It was just a lot going and we didn't know what was happening," Dixon said. “We noticed this is a drill longer than usual, so we started to like trying to find out things, checking our email and stuff like that. And that's when we found out it was an actual scare that somebody might bring a gun in the school."

Dixon said there was a terrifying moment when the group heard a noise.

“When the dogs came in we kind of got scared because we just heard the door jiggle," Dixon said.

Dixon was relieved when the situation was over.

“I'm ready to go home, eat because we all miss lunch." said Dixon.

According to school official, Petersburg dispatchers received an anonymous call stating there was an intruder with a weapon inside the high school.

Bryan Buffalow immediately thought his sister was in danger.

“I had friends that were in Vegas a couple of weeks ago -- the week before the shooting happened -- so that was the only thing running through my head. I wanted to get her out," Buffalow said.

Additionally, Weston said the school system recently went through training with their Crisis Management Team to handle this type of situation.