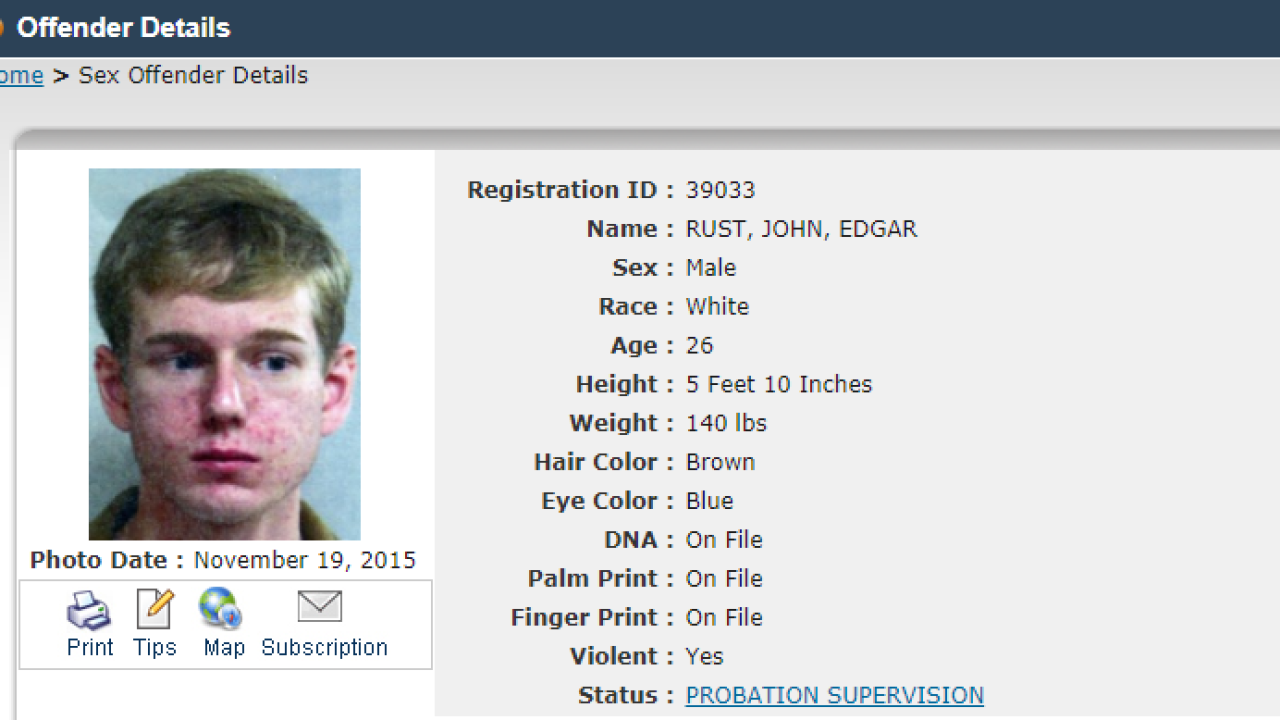 WASHINGTON, D.C. — A sex offender registered as living in Alexandria has been charged with threatening to murder African-American students who attend Howard University.

John Edgar Rust, 26, could receive up to five years in prison if he’s convicted for the threats, which were made online in 2015. He appeared in court today in Alexandria.

The Department of Justice stated that court documents accuse Rust of using the in-store WiFi of a restaurant in Alexandria to post statements online threatening to murder African-Americans at Howard University. The official crime is “transmission in interstate commerce of a communication containing threats to injure the person of another.”

Rust is a felon, convicted in November 2012 of two sex offenses — indecent liberties with a child and aggravated sexual battery of a minor.  He is currently on supervised probation for those crimes.

Howard University tweeted that they were “relieved” about Rust’s arrest.