SANDSTON, Va. -- Neighbors rushed to help after a driver and two passengers were injured in a crash in Sandston in Henrico County Sunday afternoon.

Officers were called to the 300 block of Beulah Road near Seven Pines Elementary School for the single-vehicle accident just before 3:15 p.m.

Katherine Kennedy was about to take a nap when she heard something she said “sounded like a transformer blew."

Police said a silver sedan was traveling northbound on Beulah Road, just past Roy Road, when the driver suffered a medical emergency, ran off of the road and struck a tree.

Kennedy, who spotted the sedan up against a tree near her home, along with a neighbor rushed to help. 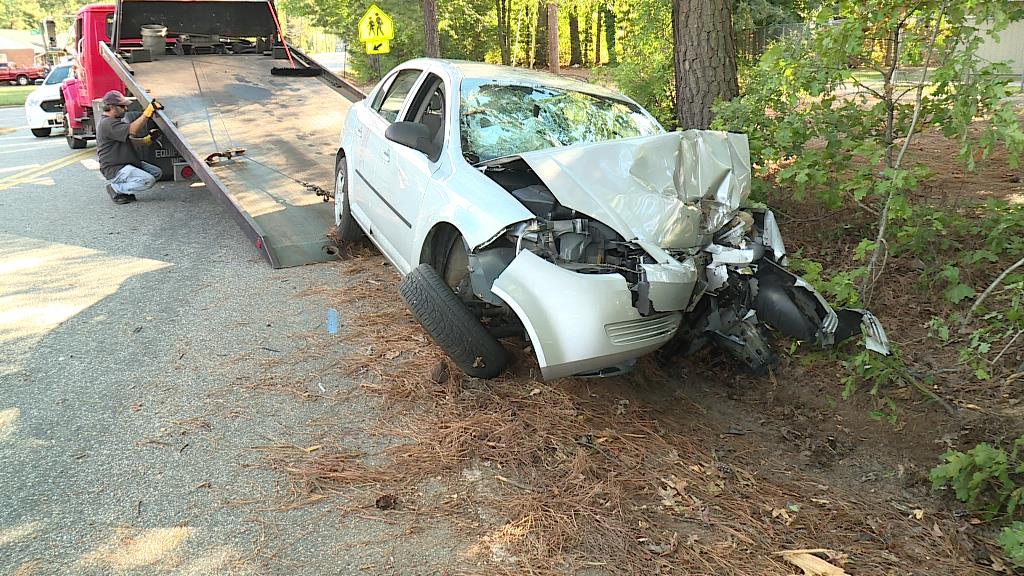 "When you come across three people that have just been in a really bad car accident, everybody's heads are gashed open and they are bleeding profusely from their faces,” Kennedy recalled, “Yeah, that'll get you going really quick."

Kennedy said the three people in the car were badly hurt.

“You want to help people, but you're not exactly sure what to do expect call for help,” Kennedy said, “We just grabbed some towels from the kitchen, applied pressure [and] called 911.”

Kennedy is hoping for the best.

"Prayers to them, all three,” she said. “We just checked with police and made sure everybody was OK.  I mean they're badly injured, but they're all alive.”