HENRICO COUNTY, Va. -- A driver was charged with reckless driving after he crashed into a store attached to a West End gas station, according to Henrico Police.

Police received a 911 call for the accident at the Valero gas station, located at 6308 Horsepen Road -- off West Broad Street -- just after 10 a.m. Thursday.

Elford Dawkins was walking out of the store after paying for gas when he spotted a car racing toward him.

"I see the car pull up normally and then you could hear the acceleration of the engine," Dawkins remembered. "It hit the first curb and it didn't look like he was ready to stop."

Dawkins described jumping out of the way of the car's path, but he was still struck. 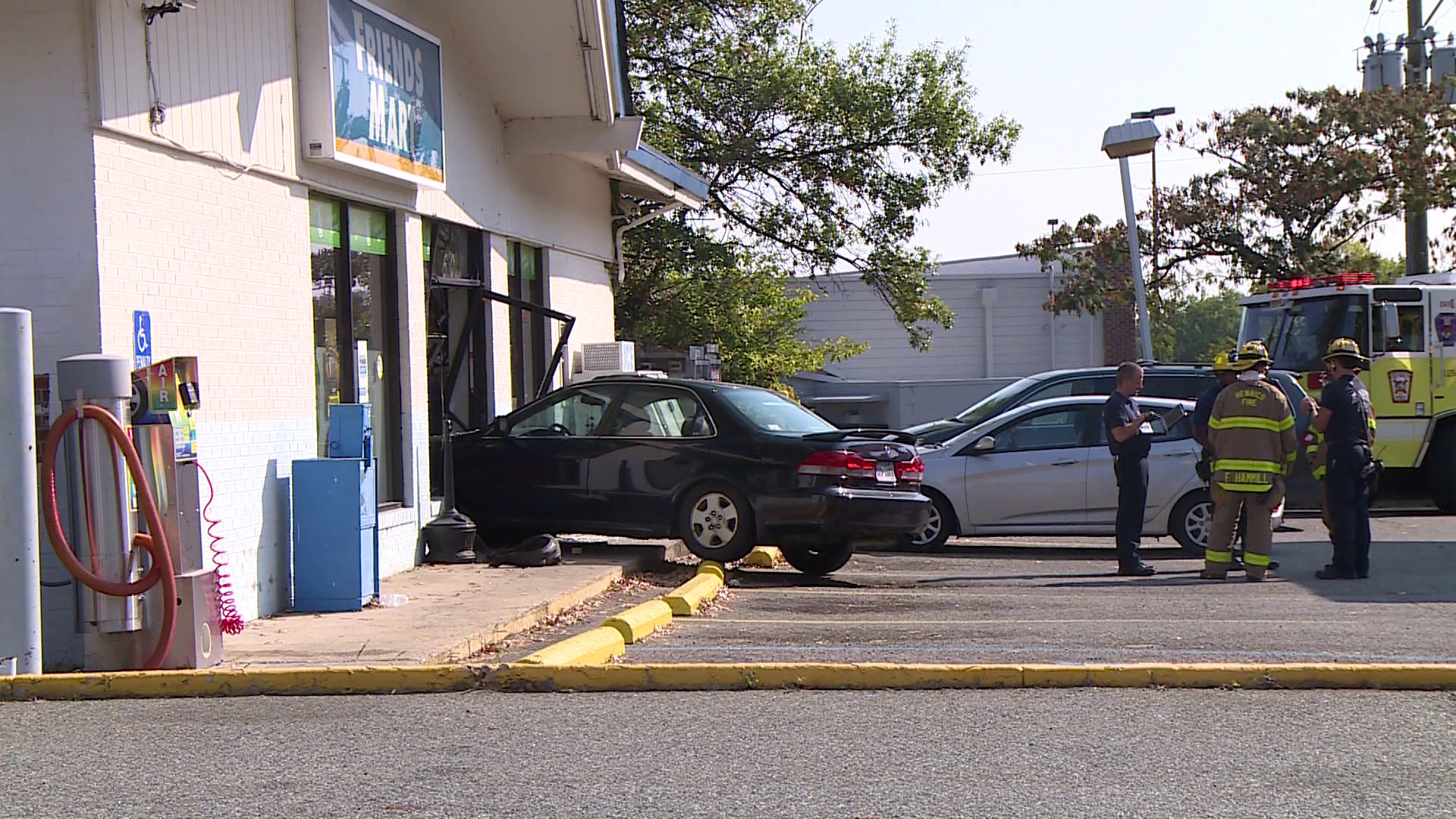 "My arm is a little sore, but I'm still here though. At least I didn't catch the car with my stomach," he said.

A building inspector was called out to the crash to determine the building wouldn't crumble when the car was towed out from the entrance.

Dawkins didn't require any treatment on scene and was able to drive away.

The driver, his passenger, and a clerk inside the store escaped uninjured.

The cause of the crash is under investigation.