A fire in Southern California, which spread to more than 1,700 acres, prompted mandatory evacuations Monday night as at least one structure was damaged or destroyed, according to the Orange County Fire Authority.

The wildfire — called Canyon Fire — started Monday around 1 p.m., near the 91 freeway and near the border between the cities of Anaheim and Corona.

The Corona Fire Department on Monday night tweeted that the fire was up to 2,000 acres and 5% contained.

As of 9 p.m. local time, the Orange County Fire Authority reported no injuries and that multiple structures were threatened in Corona. Four schools in Corona will be closed Tuesday due to the fire, evacuations, road closures and poor air quality, according to the Corona Norco Unified School District.

Mandatory evacuations went into effect for parts of Corona and the announcement from the loud speaker of a police car blared: “It’s time to go,” as shown by CNN affiliate KCBS. 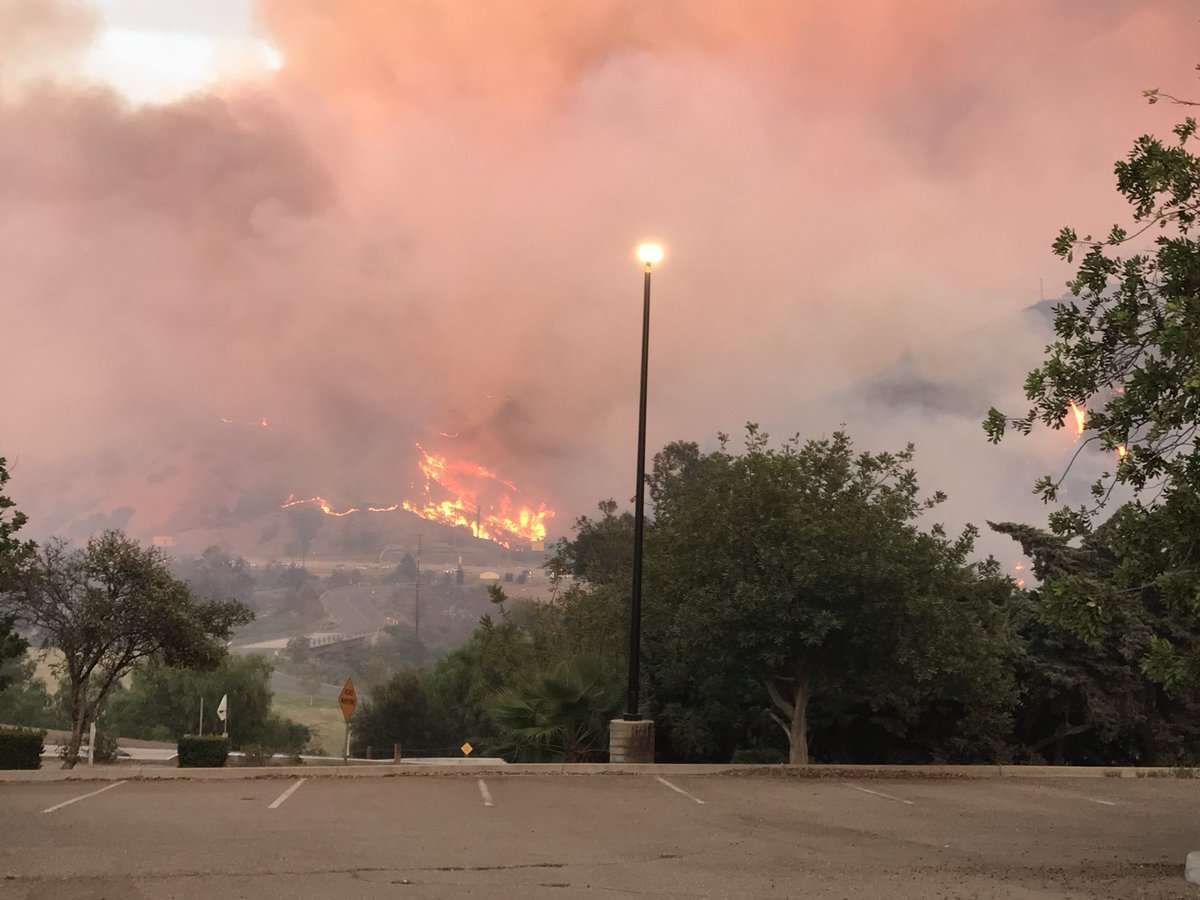 Fueled by dry conditions, shifting winds and flying embers, the fire fanned in different directions throughout the day.

More than 300 firefighters were working to contain the fire and save people’s homes.

The blaze burned near the 91 freeway as commuters sat in traffic.

Several lanes were closed, snarling traffic on the often-congested 91, along with other nearby roads Monday.

The Canyon Fire was described as a “vegetation fire” by the Orange County Fire Authority. The fire resulted in a smoke advisory for northern and central Orange County, and the cities of Corona and Norco, in Riverside County.