Police said at around at 3:45 a.m. officers responded to an alarm at the Family Dollar located at 1033 Elm Street. Upon arrival, officer discovered the front glass door of the business was broken.

“The preliminary investigation revealed that the offender had forced entry into the business, activated the alarm system and subsequently fled prior to police arrival,” said a police spokesperson. 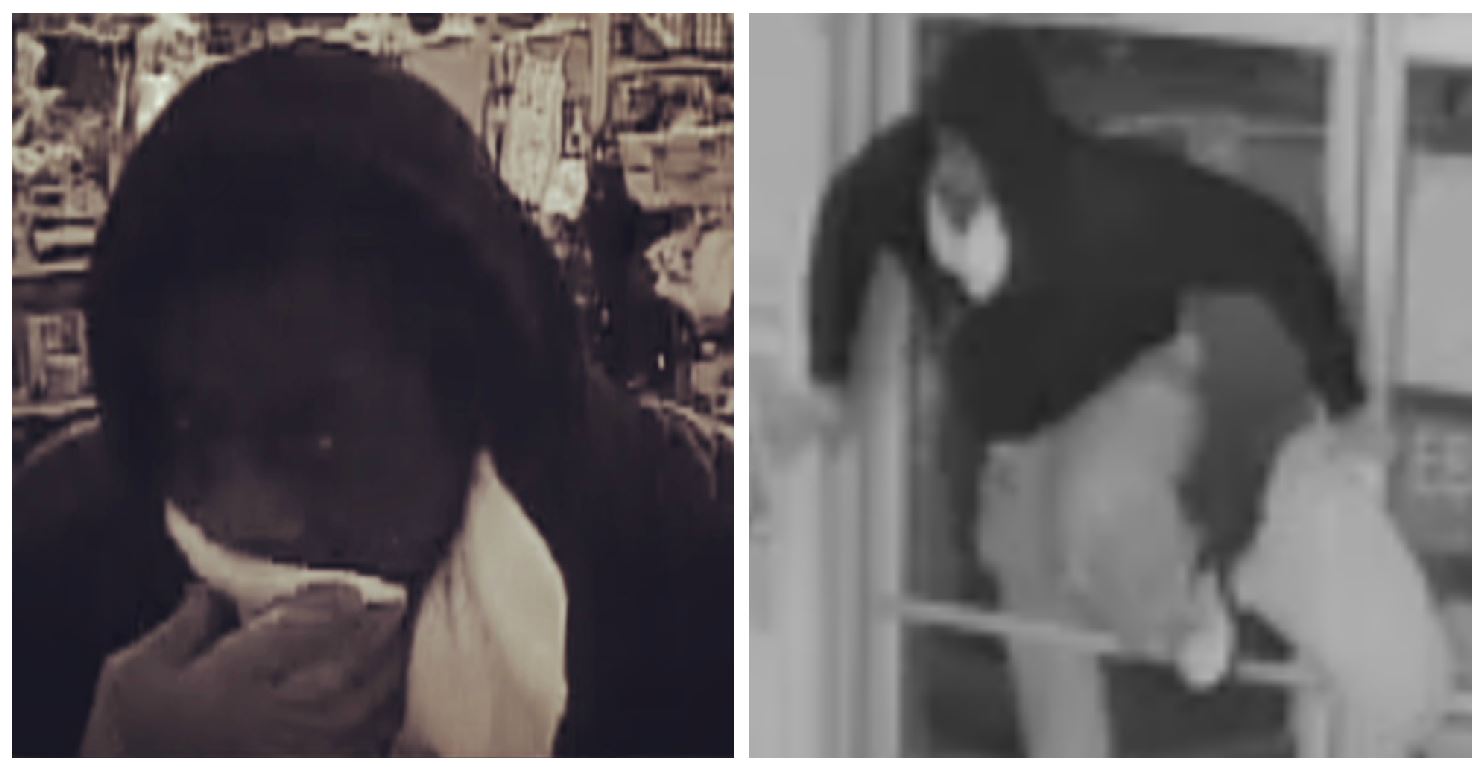 When officers arrived to the scene they discovered that the front glass doors had been shattered.

Police said the suspect forced entry into the store and stole Newport cigarettes, before fleeing the scene before officers arrived.

“A review of the security cameras from both businesses revealed that the same offender was involved in both incidents,” said police.

The suspect is described as a black male with a large build, between 20 to 30 years old, between 5’8” and 6’1” tall, and 180 to 220 pounds. He was seen wearing a dark hooded sweatshirt, grey sweatpants and black/white sneakers. He was also seen wearing light colored gloves, had a white t-shirt concealing the lower part of his face and was carrying a plastic bag.

Anyone with information was asked to call lead Detective David Hirn of the Hopewell Police Department at (804) 541-2284. Additionally, any person(s) who have information on this or any other crime occurring in the City of Hopewell may contact the Hopewell/Prince George Crime Solvers in Hopewell at 541-2202 or in Prince George County at 733-2777.