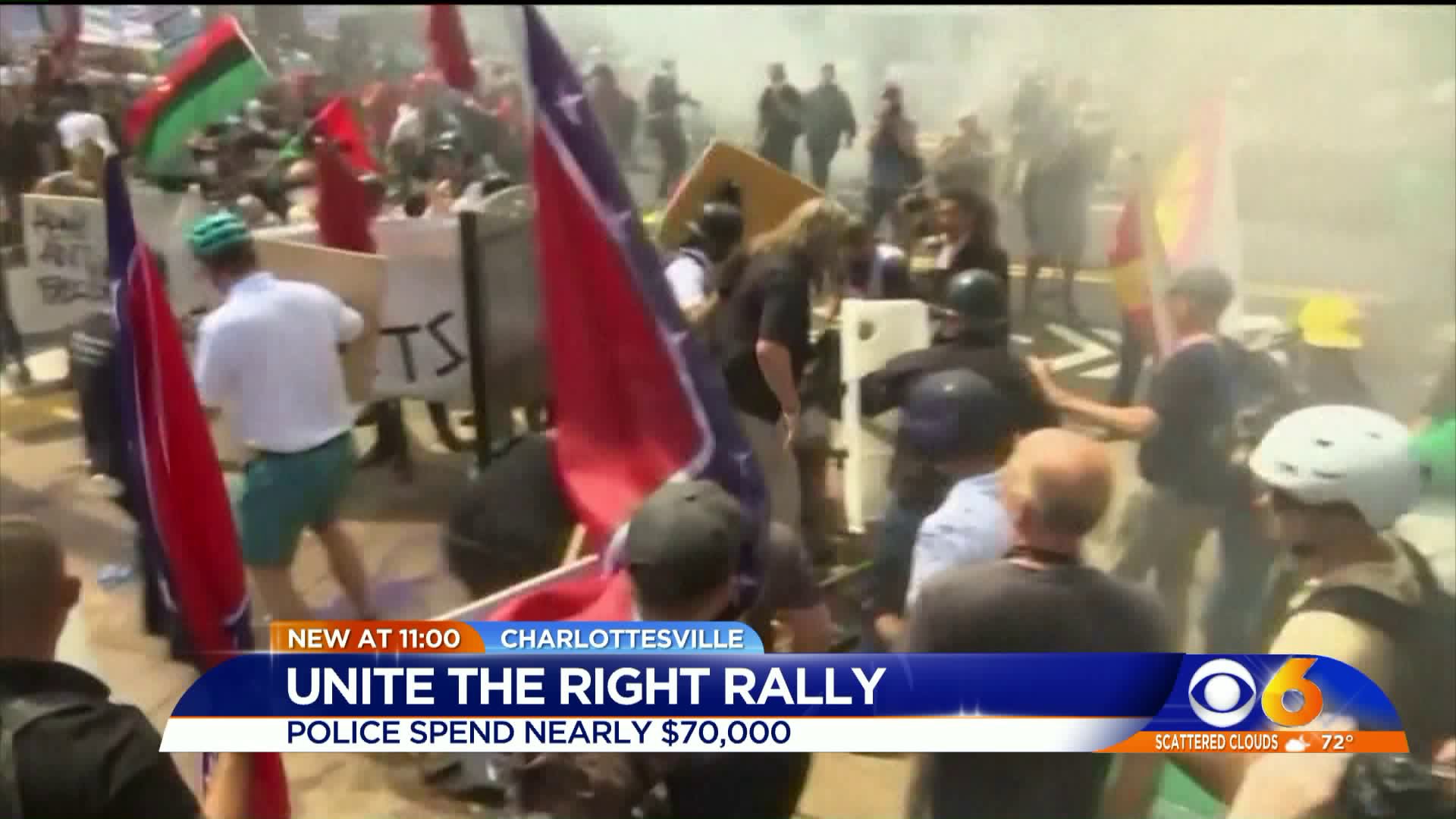 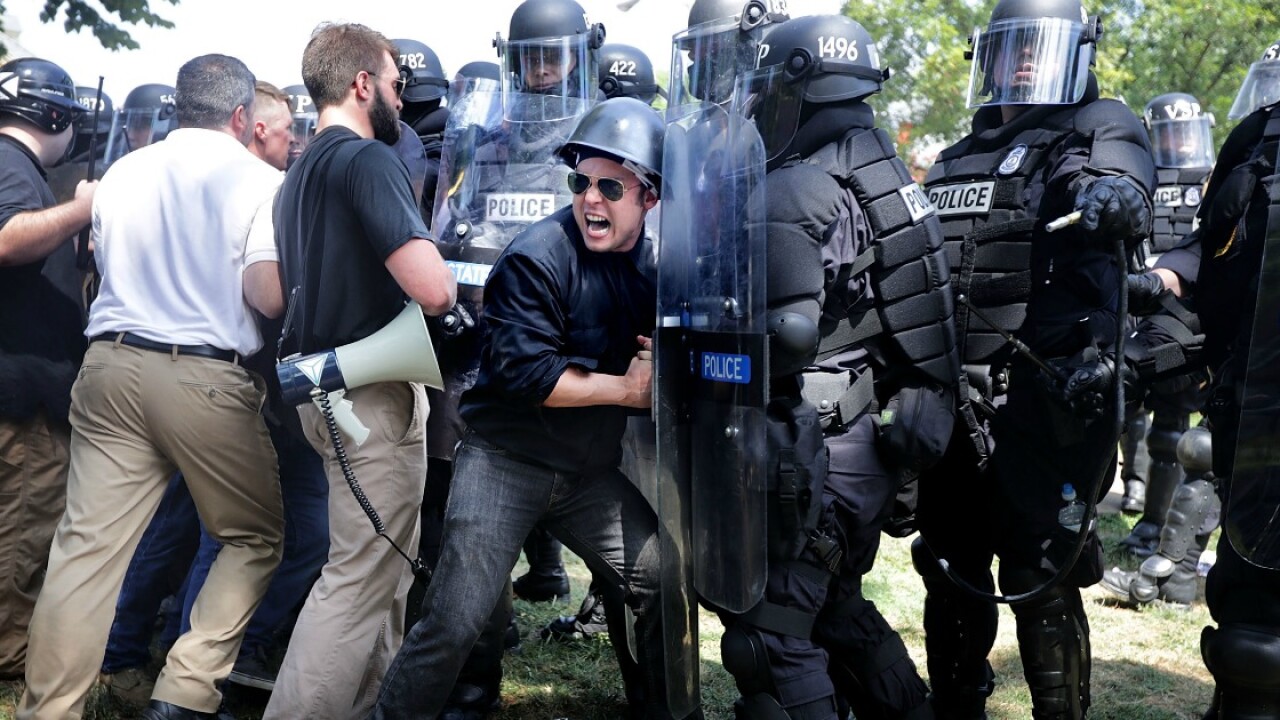 CHARLOTTESVILLE, Va. – The Charlottesville Police Department spent nearly $70,000 in expenses for the Unite the Right rally on August 12. The department said its response to the rally cost the city more than $50,000 in salaries, $14,000 in logistics, and $5,000 for quartermaster costs.

White nationalists, neo-Nazis and members of the 'alt-right' clash with police as they are forced out of Emancipation Park after the 'Unite the Right' rally was declared an unlawful gathering August 12, 2017 in Charlottesville, Virginia.

The near $70,000 worth of expenses does not include the cost for Virginia State Troopers who responded.

White nationalists gathered for the Unite the Right rally and clashed with counterprotesters in downtown Charlottesville. Heather Heyer, 32, was killed when police said a man drove his car into a crowd.

The driver, James Alex Fields Jr., 20, has been charged with second-degree murder and other offenses.

Two Virginia state troopers were killed in a helicopter crash nearby after monitoring events during the rally.