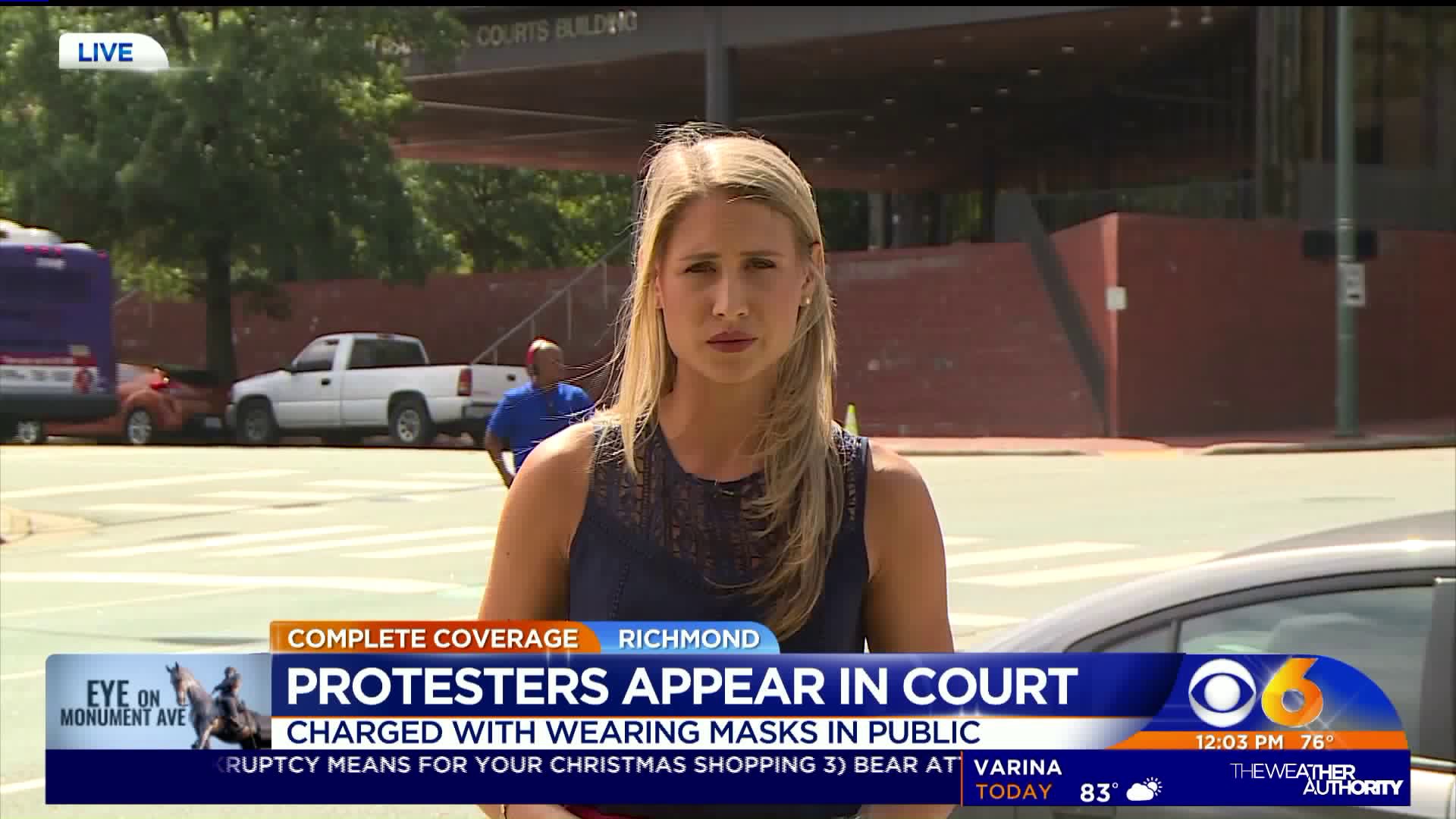 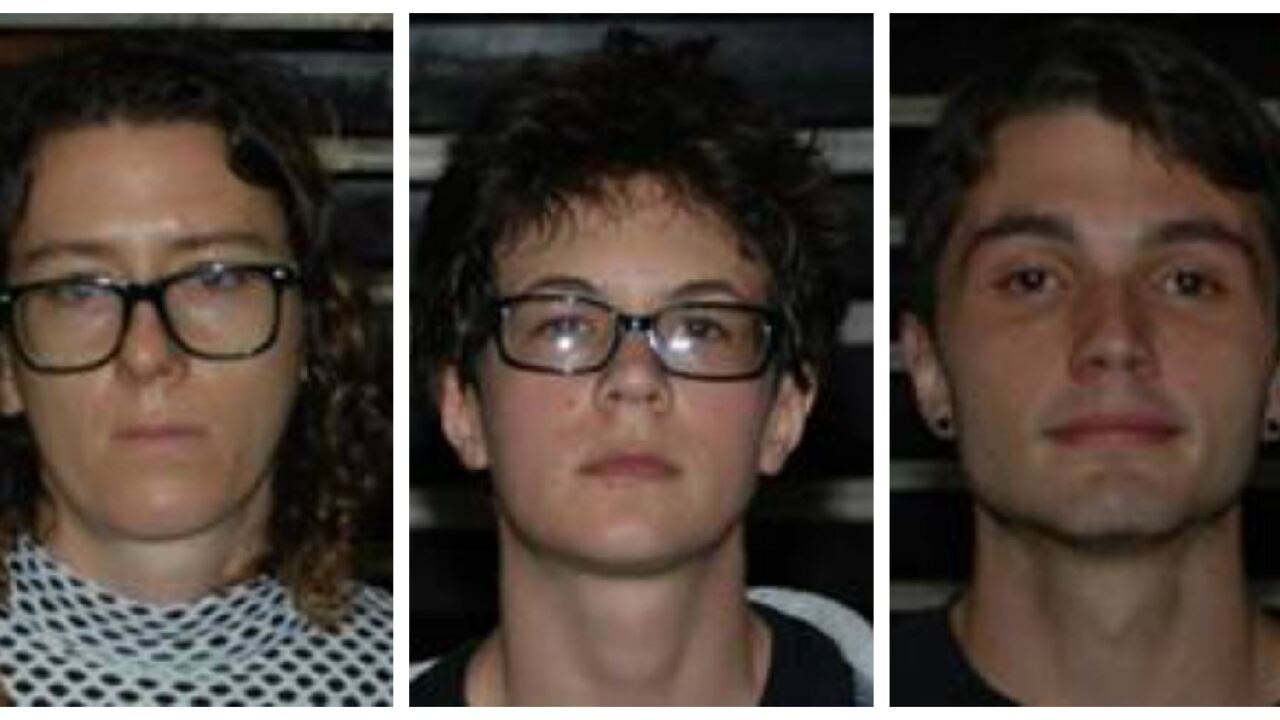 RICHMOND, Va. -- Three people arrested during protests in Richmond Saturday were arraigned Tuesday at the John Marshall Courts Building. All three were charged with wearing a mask to conceal their identity.

The arrests were made after a small pro-Confederate group was met by hundreds of people who opposed the group's efforts to support Confederate monuments on Richmond's Monument Avenue.

While the rally and counter-protests were mostly peaceful, Richmond Police did make seven arrests related to the rallies. Four people — including three VCU students — Ian Gerson, Corissa Duffey, and Thomas Rockett -- were charged with violating Virginia’s mask law, which is a class six felony.

A VCU spokesperson said they would let the legal process play out, but the students could face school sanctions.

CBS 6 legal analyst Todd Stone said Virginia's mask law was created to prevent Ku Klux Klan members from wearing their hoods in public and threatening people. Now, he said, it was up to the prosecution to decide how to move forward with these cases.

The maximum penalty for violating Virginia's mask law was five years in prison.

"That's a pretty severe penalty for wearing a mask in public, but there was a warning given ahead of time," Stone said. "I'm sure the prosecutor's office wants to take a hard stance on this."

Stone said he believed prosecutors would likely look at each individual case to decide what each person's intent and if they were there to hurt somebody or commit another crime.

The three people arraigned in court Tuesday will be back in court for a preliminary hearing October 31.

A fourth person arrested for wearing a mask in public will be arraigned on Wednesday.