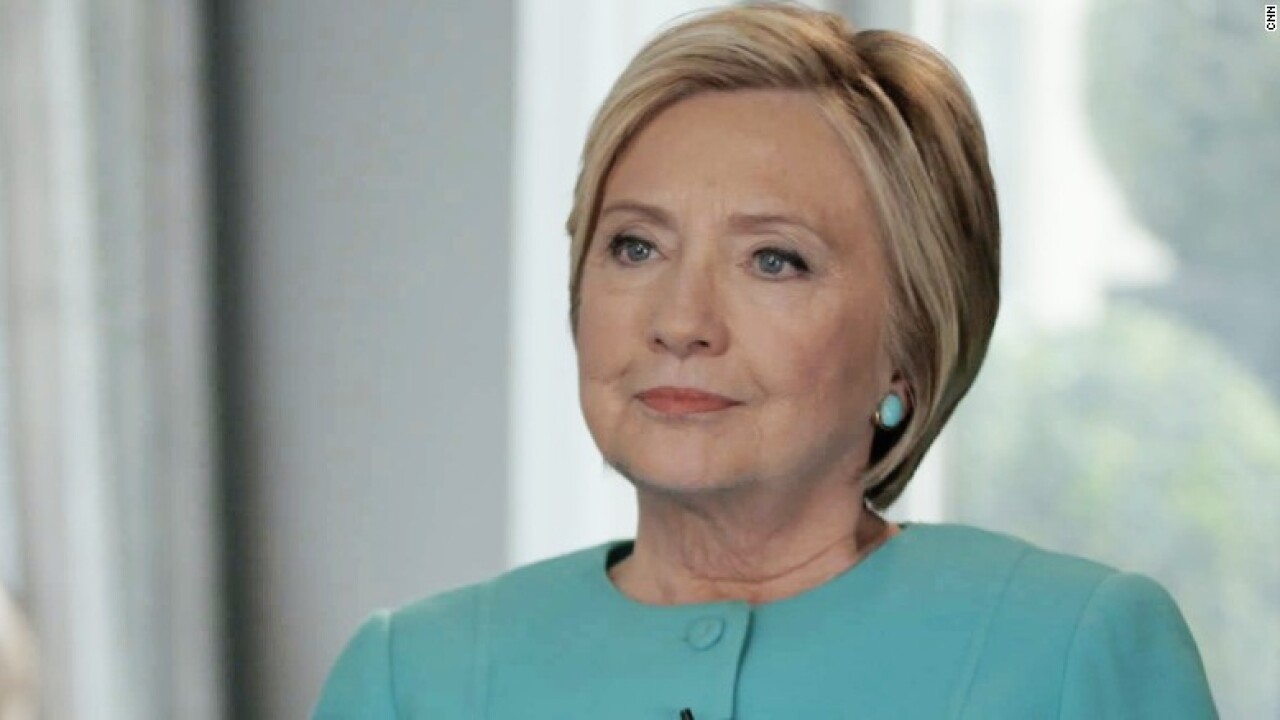 Hillary Clinton told CNN on Wednesday that it is time to abolish the Electoral College, part of a sweeping interview where the former Democratic nominee sought to explain why she lost the 2016 election.

Clinton, in the interview with CNN’s Anderson Cooper, displayed her animus for fired FBI Director James Comey, reflected on her love for the people — namely former President Bill Clinton — who helped her get through the crushing loss and blasted the arcane election body that she believes helped Donald Trump win the presidency.

“I think it needs to be eliminated,” Clinton said of the Electoral College. “I’d like to see us move beyond it, yes.”

Clinton won the 2016 popular vote by nearly 3 million votes, a fact she routinely brings up in her new memoir. But Trump won the Electoral College, a body of 538 members who select the president based on the popular vote in each state, meaning the person who gets the most votes nationally doesn’t necessarily win the election.

The Electoral College is just one external factor Clinton blames for her stunning loss to Trump in her newly released memoir, “What Happened.” Clinton also faults Comey for his “rash” involvement in the election, Russian President Vladimir Putin for directing operatives to meddle in the election and apathetic voters who only got engaged once the election was over and Trump had won.

But Clinton also blames herself in the book, writing that she did not fully understand the American electorate and failed to understand with the anger that animated Trump.

Clinton said Wednesday that October 28, the day that Comey sent a letter to Congress saying he was reopening part of his investigation into Clinton’s emails, was the day she lost the election.

“That was the determinative day because it stopped my momentum,” she said. “I don’t blame voters for wondering what the heck was going on.”

“I believe … it became a perfect storm,” Clinton said of Comey and Russia’s involvement in the election, adding that she hopes “nobody ever faces what I faced with respect to that.”

After the 2000 election, when former Vice President Al Gore won the popular vote but lost the electoral college and the presidency, Clinton also called for an end to the Electoral College.

“I believe strongly that in a democracy, we should respect the will of the people and to me, that means it’s time to do away with the Electoral College and move to the popular election of our president,” she told reporters at the time.

Another person drawing Clinton’s ire in what has amounted to her political burn book: Vermont Sen. Bernie Sanders, who challenged Clinton for the Democratic nomination in 2016.

Clinton writes that Sanders’ attacks on her caused “lasting damage” and laid the groundwork for Trump’s campaign against her. In her interview with CNN, Clinton says the “political sin” Sanders committed was not unifying the party fast enough by dropping out of the race once his campaign was clearly over.

“The political sin he committed was the failure to move quickly to unify the party and his supporters,” she said. “It was clear I was going to be the nominee, like, in March or April. It was beyond any doubt in June.”

Clinton said she immediately backed Barack Obama in 2008 when her campaign was over, but that she “didn’t get that same respect and reciprocity from Sen. Sanders or from his supporters.”

“He could be helpful, if he so chose,” Clinton said.

Despite the sting of her loss — and the wrongs Clinton appears eager to right — the former secretary of state was also hopeful in her interview, particularly when she spoke about the support she has received from her daughter, Chelsea, her husband and other people close to her.

Clinton said she “wanted to make clear” in her book that politics is not everything in life and “pull the curtain back and say, ‘I lost a presidential campaign that I thought I was going to win. It was devastating. But I have so many blessings in my life, starting with my husband and the life we’ve built together.’ ”

Clinton emotionally reflected on the darker moments of her marriage to former president, conceding that she had to answer “hard questions” about their relationship in the 1990s.

Clinton, describing her marriage in terms she rarely uses, said she “really had to struggle” with their marriage when the Clinton White House was consumed by the former President’s affair with Monica Lewinsky, a White House intern.

“Anybody alive in America at that time knows how difficult that period was. And, you know, I really had to struggle. And I had a lot of angst,” she said. “I had to call back on my faith and my family, my friends.”

The candor about her marriage mimics the tone of Clinton’s book, where she writes that in the face of the Lewinsky controversy, she asked herself “do I still love him” and “can I still be in this marriage without becoming unrecognizable to myself”?

Clinton told CNN that in the darkest moment of her marriage she resolved not to make “a decision that other people wanted me to make.”

“I was going make my decision. And it was based on those two questions and the life we had built together,” Clinton said. “And I’m very glad that that’s the way I chose to continue my life.”